The Dusky dottyback (Pseudochromis fuscus) is a sneaky fish. At only about 8cm (3in), it is pretty small for a fish eating predator. However, this little fish found in the Great Barrier Reef has a trick up its sleeve to make it a highly successful predator of juvenile damselfish – it can mimic its prey’s parents! Juvenile damselfish do not as vigilantly avoid dottybacks that closely resemble their parents, making them easier for dottybacks to catch: a classic “wolf in sheep’s clothing.” With an appetite of 30 juvenile damselfish a day, the dottyback can be quite a ferocious feeder on the reef.

Dusky dottybacks in the wild display a variety of colors including yellow, brown, pink, orange, and grey. However, dottybacks are not simply born one color or another. Instead, their color is a “plastic” trait, meaning that it is regularly changeable. Unlike some sea creatures that can change colors instantaneously, like squid and octopus, dottybacks take several days to fully change color. The researchers in this study wanted to understand two basic questions regarding dottyback color changes: 1. What environmental cues are triggering dottybacks to display one color or another, and 2. What advantages do dottybacks gain from changing colors? Specifically, are dottybacks more successful at capturing prey by matching the color of local damselfish, and/or are they more likely to avoid predation themselves by blending in with the color of their background?

To test what environmental cues trigger the change in color of dottybacks, the researchers set up a 2x2x2 experimental design testing all combinations of: Dottyback starting color (yellow vs. brown), local damselfish color (yellow vs. brown), and habitat type/color (live yellow corals vs. brown coral rubble). Color change in dottybacks was determined by measuring spectral reflectance (i.e. measuring the amount of different wavelengths/colors of light being reflected off of the fish) before and two weeks after relocation of each dottyback. As shown in Table 1 from the paper, dottybacks only changed color when they were amongst mismatch colored damselfish, regardless of the habitat type/color (i.e. if a brown dottyback was placed with yellow damselfish, then the dottyback changed to yellow and vice versa). This indicates that the dottybacks are responding to the color of the local damselfish more than the color of the habitat.

The final aspect of the study investigated whether or not dottybacks gained an advantage in increased survival by hiding from their own predators, the coral trout, when they match the color of their background. To test this, researchers trained coral trout to strike at laminated images of yellow and brown dottybacks for a food reward. They then placed laminated images of brown and yellow dottybacks against images of live yellow coral and brown coral rubble habitats and examined the preference of coral trout strikes. Blank background images without dottybacks were used as a control to assure that coral trout were not simply striking at any laminated images in an attempt to receive the reward. The test concluded that coral trout struck significantly more often at dottyback images that mismatched the color of their background, suggesting that color changes may also provide dottybacks with some protection against predation.

The researchers in this study were able to identify what causes dusky dottybacks to change colors in the wild. The flexibility of dottybacks to change colors provides them with an advantage in capturing prey by mimicking other harmless fish species. Furthermore, since the local damselfish that dottybacks mimic often resemble the background color of the habitats they occupy, dottybacks gain an additional advantage of better hiding from their own predators. And if that isn’t exploiting the damselfish enough, dottybacks may decrease their risk to predation even further by schooling amongst the damselfish they are mimicking. However, it appears as though the predation avoidance of dottybacks is a secondary consequence to their choice to change colors in order to better deceive their own prey, since dottybacks would rather blend in with adult damselfish to trick their prey than to blend in with their background (Table 1).

The great flexibility in color possibilities for dottybacks may allow them to gradually alter their appearance to continue to trick local juvenile damselfish which are attempting to learn how to better distinguish their predators. Alternatively, dottybacks may choose relocate to new areas where their color flexibility allows them to better mimic the various colors of different damselfish communities.

Might this be an “arms race” forming of predator mimicry ability vs. prey learning to identify their predators? Use the comment section below to share your thoughts. 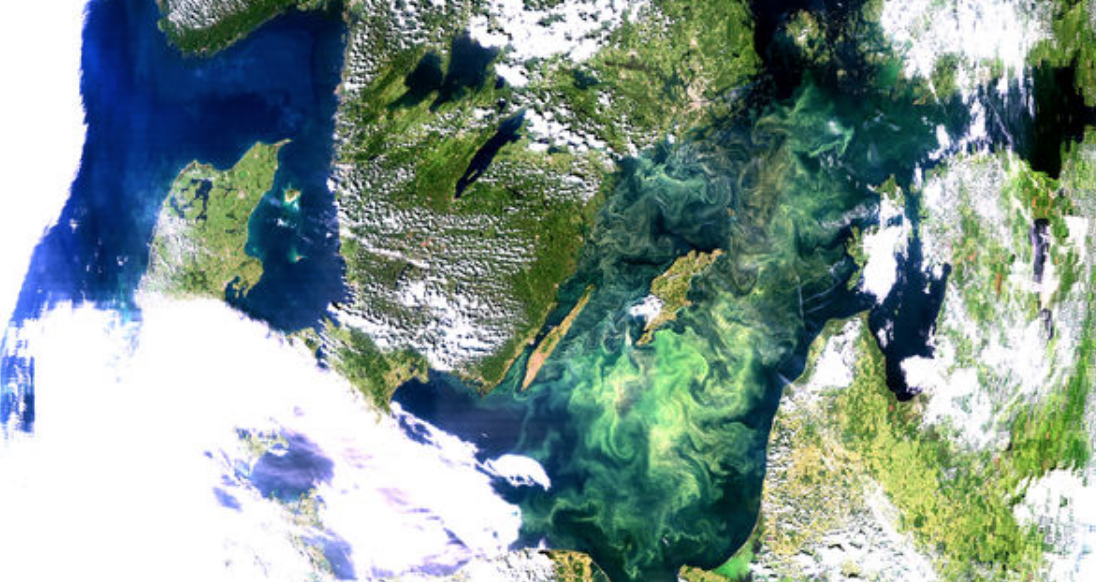 One thought on “The Advantages of Being a Deceptive Fish: Tales of a Predatory Mimic”