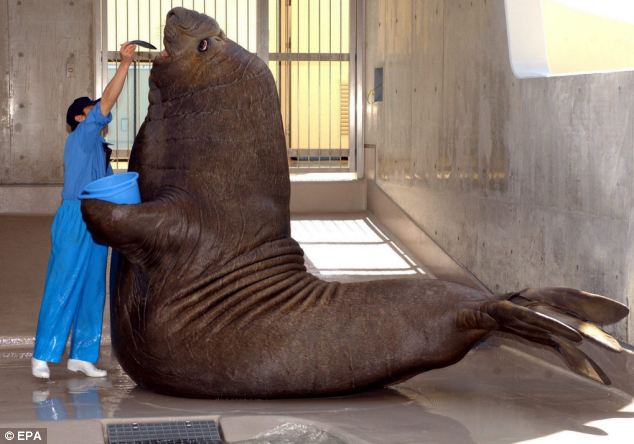 Much like people and other animals that live on land, sea animals depend on oxygen to power their bodies. Their gills filter out the oxygen in the water much like our lungs filter out the oxygen in the air. Much like on land, too, there are places where there isn’t as much oxygen – places like the top of Mt. Everest, for example, have much less oxygen than the city of Boston, which is at sea level. The ocean’s equivalent of a low-oxygen area is called the oxygen minimum zone (Figure 1).

Much like a person hiking up Mt. Everest, though, it takes a lot of effort for an animal to survive in the oxygen minimum zone. There isn’t as much oxygen for it to survive, so many animals there have to slow down their metabolism – similar to a bear going into hibernation. They become sluggish and can’t evade predators well, but the main advantage to being in the OMZ is that there are far fewer predators. Faced with a tradeoff between slowing down their metabolism and being around more predators, many animals choose the former.

That said, if predators are able to “brave” the low oxygen conditions of the OMZ, there are lethargic fish just waiting to be snapped up. However, we don’t know much about foraging in this zone because it’s hard to study! The authors of this paper are pioneering a relatively new method of observing this behavior in elephant seals that will hopefully shed some light on the darkness of the OMZ.

Elephant seals (Figure 2) are one of the animals that we know makes this pilgrimage to the OMZ – some of them are known to dive more than 800+ meters down (2400 ft) to find their prey. What we don’t know, though, is what their feeding rate is on these dives. Knowing the feeding rate is key to understanding the cost-benefit of these deep dives. The seal has to take on a tremendous energetic cost to dive that deep, so there must be a great benefit associated with foraging there.

To investigate, the researchers attached many different (removable!) instruments to 14 elephant seals. Each seal carried a jaw motion recorder so that the researchers could determine feeding attacks and a satellite transmitter so they could track the seal’s movements. The satellite transmitter was also able to record temperature and depth. Additionally, two of the 14 seals also carried video recorders that started recording once the seal performed a feeding head strike motion – that way, the researchers could actually see what the seals were attacking.

The researchers learned a lot about the foraging behavior of these seals from monitoring them. First of all, they learned that where seals were hunting depending on the time of day. They dove deeper during the daytime hours than during the nighttime hours, which corresponds well with the daily vertical migration of their prey (Figure 4).

They also found that larger seals were more efficient feeders. It makes sense that the largest seals would need the most food in order to survive, but that doesn’t necessarily mean that those seals were attacking prey the most. In fact, as the body mass of the seal increased, the number of Jaw Motion Events (aka feeding strikes) decreased (Figure 5). That suggests that these larger seals are more efficient feeders – they may be feeding on larger prey so they get a larger “bang for their buck”. In contrast, smaller seals may be feeding more often on smaller prey items.

The video records from the deep diving seal revealed that the fish that were being attacked were not showing much of an escape response. Even when the seal was about to attack, the fish kept their dorsal side down, which is a sign of inactivity (Figure 6).

These fish are suppressing their metabolism to cope with the low oxygen in the OMZ, which is a good strategy to avoid predators in the upper zone of the ocean, but backfires when they come into contact with these deep divers. Clearly, being able to dive deeper into the OMZ to capture these sluggish fish is an advantage to these larger seals, and may be driving evolution in this species. As oxygen minimum zones expand due to climate change, seals and other animals that are able to tolerate these conditions will be rewarded with fuller bellies and the opportunity to pass on their genes.