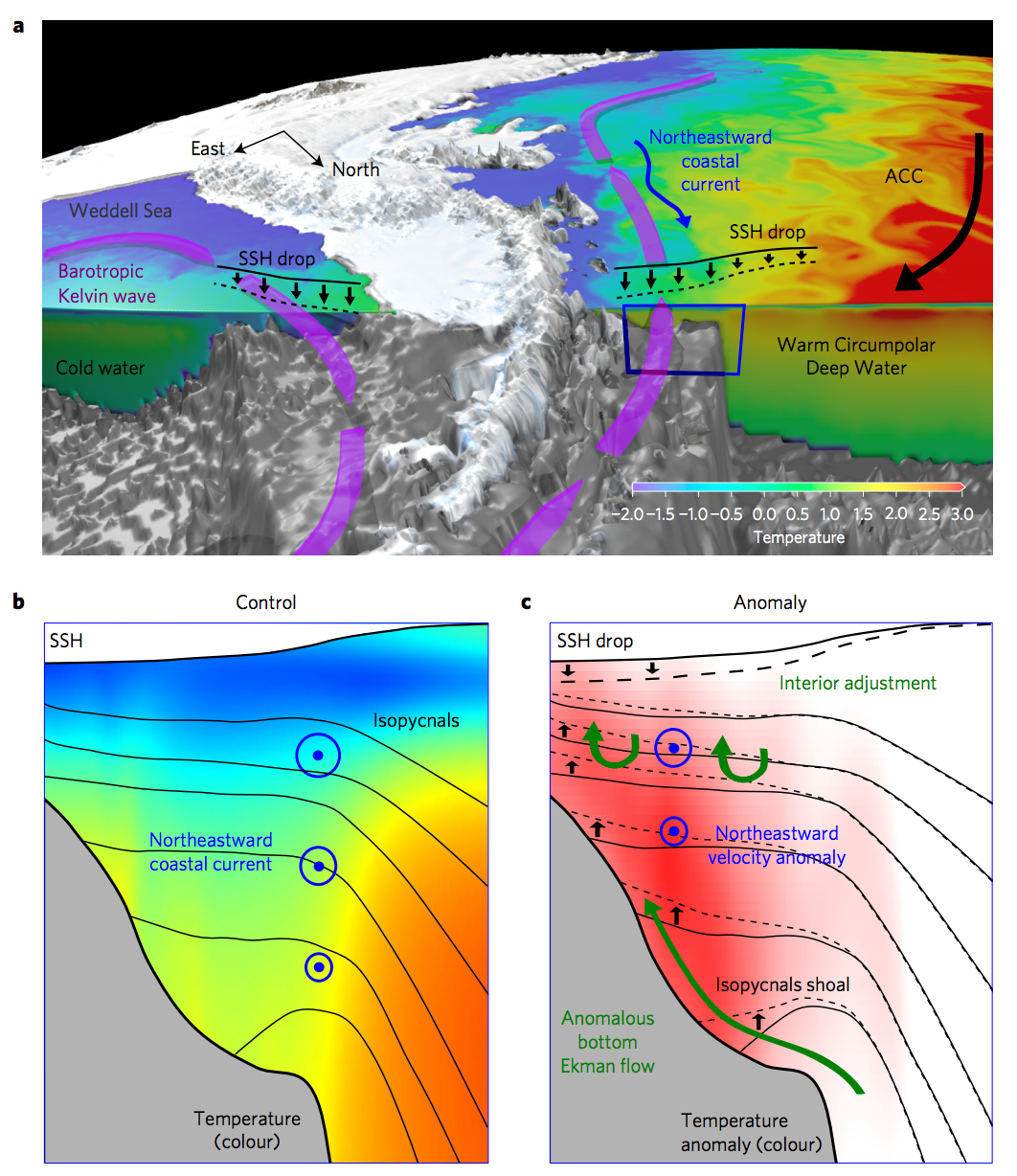 Sea level rise is already threatening coastal cities and small island nations around the world, and it is expected that up to a billion people living in low-lying coastal areas could be impacted by the end of the century. However, our predictions of how the rate of sea level change will change in the future are still very uncertain. The melt of Antarctic land-based ice contributed about a third of the total sea level rise from 1990-2014, but contributions from Antarctic ice are the largest source of uncertainty in sea level projections because many Antarctic ice sheets are hypothesized to become unstable as they retreat. Reducing the uncertainties in these future predictions is essential for cities and countries to be able to appropriately prepare and adapt to increased flooding due to rising seas.

A big step toward reducing this future uncertainty is understanding what is driving melting of Antarctic ice, and how the ice responds to changing conditions. The main driver of ice sheets losing mass is melting from below by warming ocean waters on the shallow continental shelf. Scientists have shown that rapidly increasing rates of ice melt since the 1990’s are strongly correlated with warmer waters sitting below the ice. This warming and ice melt has been most intense along the west Antarctic Peninsula. This observation has launched a large effort in the science community to figure out what has caused warming of the waters under the ice, and how the water will change in the future.

One of the suspected causes of the warming waters around Antarctica is the strong winds that encircle Antarctica, which have been getting stronger and moving further south in recent decades. These abnormal winds cause changes in the ocean circulation, which can cause warm offshore waters to flow up onto the continental shelf. A lot of prior research has focused on how changing winds locally might impact the ocean directly below. However, the wind changes have been largest on the eastern side of Antarctica, while the largest ocean warming is along the West Antarctic Peninsula, thousands of miles away. This left some scientists pondering: could the strengthening winds on one side of Antarctica cause ocean warming far away on the other side of the continent? And if so, how?

To test this, a group of researchers from Australia and the US ran some experiments using two ocean and sea-ice models. The models are useful for this type of experiment, because in the ocean it can be really difficult to separate the response of the ocean to many different changes all occurring at once. With the models, the researchers were able to increase the wind in a narrow region along the coast of East Antarctica, and directly compare the response to a control experiment where nothing was altered.

The experiments in both models showed, that compared to the control conditions, the increased winds in East Antarctica caused changes both locally and far away. In the first year, the water on the continental shelf warmed significantly not only near where the winds strengthened, but also along the West Antarctic Peninsula, with little change elsewhere outside the forcing region. As the stronger winds persist, this warming spreads and intensifies at the West Antarctic Peninsula.

It was clear that increasing winds was causing the ocean to warm on the other side of the Antarctic continent, but the tricky part was to figure out how this was happening. The first hint to the cause was how quickly the the warming showed up at the West Antarctic Peninsula. Within 50 days, a warming signature showed up and after 120 days the warming was well above the background ocean variations. It would take currents more than two years to carry a signal this distance, so that couldn’t explain the change.

There are also waves generated by a sudden increase in wind, some of which can travel a long distance in a short time. These are different from waves you think of seeing at the beach that crash, but instead are more like waves you would see in a bathtub, which slowly slosh around, with peaks and troughs that change the depth of the water. These waves in the atmosphere and ocean are called planetary waves, and cover enormous geographic scales. One of these types of waves, called a Kelvin wave, can carry a perturbation in sea surface height (i.e. ocean depth) very rapidly along a coastline and have been observed to circumnavigate Antarctica in less than two days. These waves showed up in the models, and an observed in sea level in West Antarctica were consistent with the time it would take for a Kelvin wave to travel that distance.

The Kelvin wave itself lowers the sea level, which then triggers a complex response as the ocean adjusts to this change. This adjustment leads to a lifting of the boundary between the cold water at the surface and the relatively warm layer below and an anomalous flow that carries warmer water upslope onto the continental shelf, flooding under the ice shelves. This response is strongest along the West Antarctic Peninsula for two reasons. First, the currents encircling Antarctica carry warm, salty water very close to Antarctica in this region, so there is more warm water available to be carried onto the continental shelf. Second, the slope of the seafloor is very steep in this region, which causes stronger abnormal flows.

The not so icy future

This multi-step mechanism reveals just how complex the ocean response to change can be, and how the response can be quite unexpected. Changing winds are not the only the only processes driving more warm water below Antarctic ice shelves, ocean eddies and tides are also important. The next challenge for scientists is to combine all these processes to compare the relative impact on melting ice. If we can understand this, then we can better predict how Antarctic ice melt will contribute to future sea level rise, allowing people to make better-informed decisions to prepare for this uncertain future. 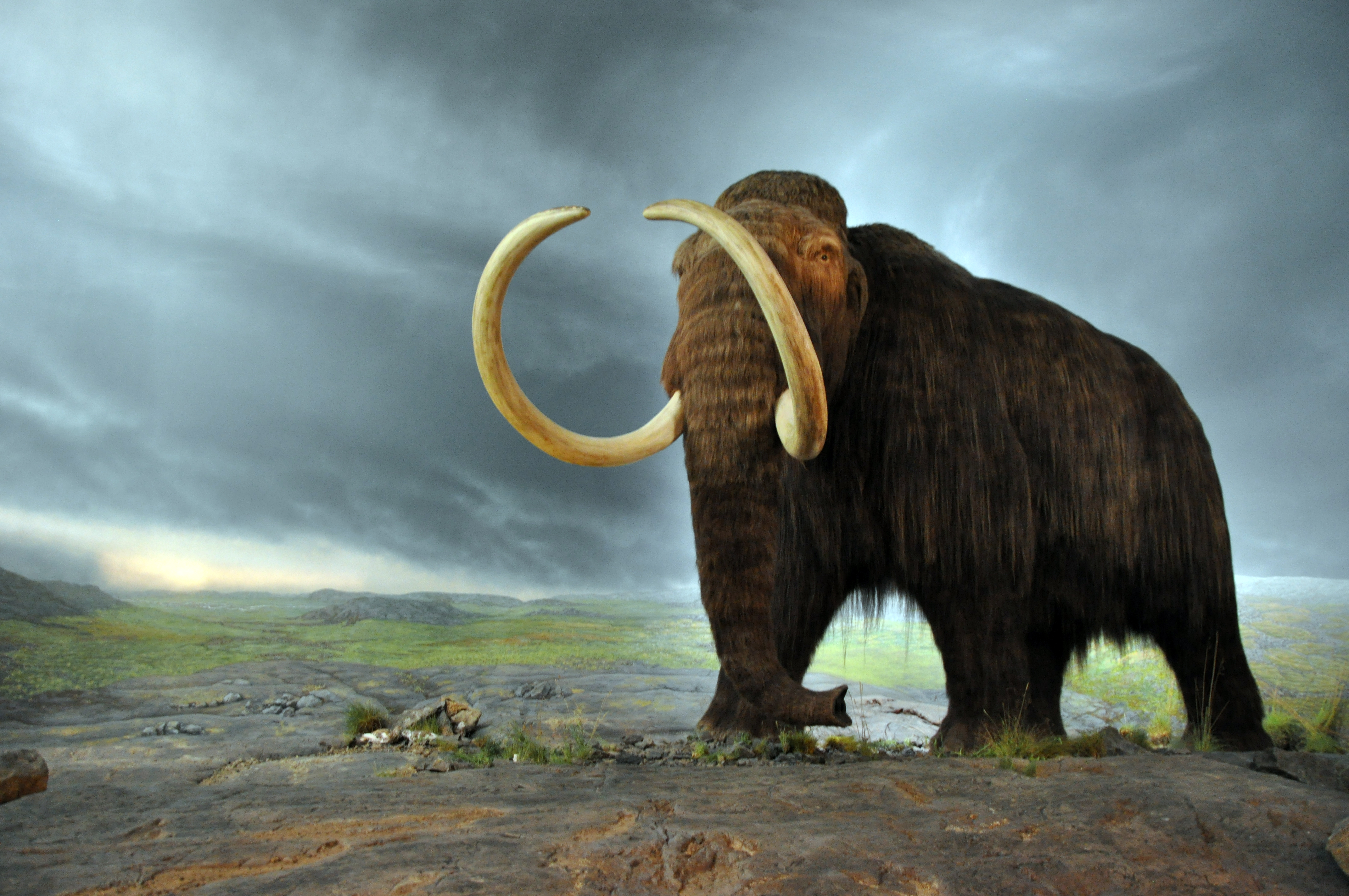