The bottom line of the years in the making, 178-country Paris Agreement was simple: aim to limit anthropogenic warming to 1.5˚ C, and go no higher than 2 ˚C. While framing the goal in terms of a mean temperature increase is concise and appealing, it doesn’t say much about what the global climate might look like if we succeed. In their recent paper, Dr. Sonia Seneviratne of the Swiss Federal Institute of Technology in Zurich and her team of international collaborators bring together results from a variety of studies to clearly show that meeting the goal of the Paris Agreement could result in a wide range of possible future climate scenarios.

Seneviratne and the scientists note that the first source of uncertainty in the outcome of the Paris Agreement lies in the very definition of global temperature. To exclude the influence of natural climate variability, the average global temperature needs to be measured over a set time frame, which the World Meteorological Organization states should be at least 30 years. Moreover, there are open questions about where the world’s temperature will be taken to satisfy the “global” part of the expression. The entire earth’s surface is not continuously monitored, necessitating decisions about where to take temperature measurements and how to fill the gaps between these points. But even when comparing scenarios in which the mean temperatures are defined in the same way, several other factors make for a wide spread in possible outcomes of a 1.5 ˚C-warmed planet.

First: timing matters. Seneviratne and her team remind us that the speed of human action resulted in vastly different future climate scenarios. There are components of human-caused changes that have significant lags, for example sea-level rise, which is a response to past warming. If we hit a 1.5-˚C warmer world by 2050 versus 2200 (and are able to stabilize the mean global temperature in both cases), we’ll be experiencing the effect of sea level rise and other delayed changes much sooner. This more rapid global warming might cut short the period for adaptation afforded to organisms and ecosystems. The consequences for humans could be similar if communities are unable to brace for the local changes that come with rising global temperature.

While timing is important, Seneviratne and her colleagues show that there is even more spatial vaiability within the predictions of what a 1.5 ˚C warmer world might look like. Capping the mean global warming at 1.5 ˚C does not mean that everywhere on earth will stay under this limit. This is perhaps the most alarming part of the uncertainty in the predictions. It is possible that everywhere on earth undergoes only a slight temperature change, but it is also possible that some places undergo extreme warming while other places cool (Figure 1, 2). One possibility included in the array of predictions is that nighttime temperatures in the Arctic increase by 7 ˚C or more, while the global average of +1.5˚C is still maintained. The geographic differences in warming depend on a number of factors. These factors include how much the sun can heat different regions, how heat interacts with different landscape (by melting snow or drying soil), and also the natural local climate variability (e.g. El Niño events or seasonal monsoons). The fact that any number of spatial variations in warming can still satisfy the 1.5 ˚C goal goes to show that a huge variety of future outcomes are possible under this goal, with varying degrees of detriment to regions around the world.

The consensus in the scientific literature is that to limit global warming, we must reach the point of releasing zero carbon emissions, and that what the future will look like depends on when we are able to reach this point. Included in the Paris Agreement is the aim of reaching zero emissions by the end of the 21st century. But according to some studies, we would need to be there by 2020 at the latest in order to maximize the goal of limiting warming to 1.5 ˚C.

The crux of Seneviratne et al.’s paper is that capping warming at 1.5 ˚C isn’t a panacea, nor is it a simple task. Regardless of whether the Paris Agreement goals are met, there remain risks for dangerous and destructive future climates. In order to ensure a safe and livable planet for future generations, we must take seriously the threat of climate change and act immediately to reduce carbon emissions. 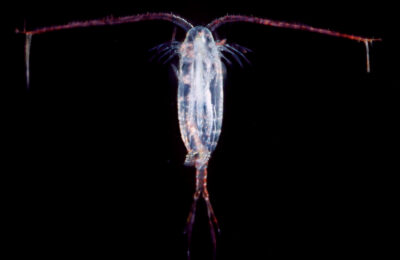