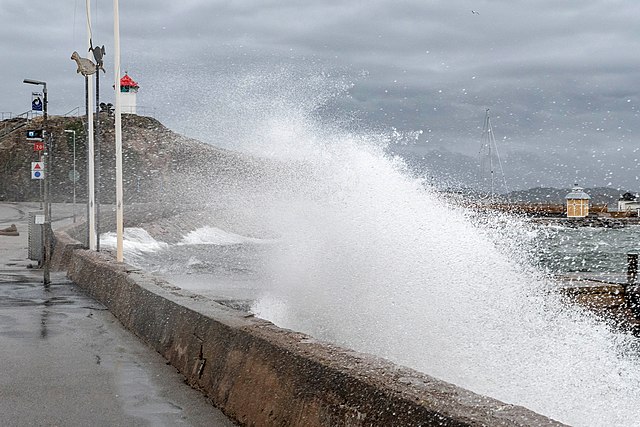 The Lesser Explored Connection Between Storm Surge and Sea-Level Rise

As sea level continues to rise, adaptation plans are being drafted for many coastal cities around the world that will help to deal with future coastal flooding and inundation. Many of these plans account for changes in mean sea-level, but assume that other factors, such as storminess, will remain the same over time. However, if this assumption is not correct, changes in factors such as storm surge could result in the inundation of larger coastal areas than was predicted.

How Do Storms Relate to Sea Level?

There are many different factors that contribute to sea level in a particular area. While some of these factors have global impacts on sea level, such as the amount of land-ice that melts into the sea or increases in sea level as the ocean warms, other factors are more local and can influence sea-level extremes in an area, such as tides, wave activity, and storm surge. During storms, coastal areas that are normally dry can become flooded. This flooding, referred to as ‘storm surge,’ occurs as a result of the abnormally high sea level caused by the storm’s increased wind and waves. The more serious the storm, the higher the storm surge and the larger the area that is flooded. As the climate changes, the frequency and intensity of storms is also changing. In addition to the effects of mean sea-level rise, coastal areas are more often being faced with serious storms and higher storm surges, causing potentially higher levels of coastal inundation. While some studies have attempted to assess the amount of coastal flooding due to increases in storm surge alone, these studies have usually come up inconclusive due to small sample sizes. As a result, these more localized extreme sea levels are not usually accounted for when determining future coastal flood risk.

How Can We Assess Changes in Storm Surge Extremes?

In order to determine the impact of storm surge extremes on sea-level rise, Calafat et al. looked at sea-level measurements from 1960 to 2018 recorded by 79 different tide gauges along the Atlantic and North Sea coastlines of Europe. Using statistical models, they were able to separate large scale trends in storm surge extremes from small scale noise at each location. The researchers found that trends in storm surge extremes were positive for 1960-2018 along the coast of the British Isles north of latitude 52ºN, signaling an increased likeliness of extreme events. On the other hand, a negative trend and consequently a decreasing probability of extreme events were observed for most of the studied European coastline below 52ºN, spanning from Portugal to the Netherlands.

So Why Do We Care?

Changes in storminess and storm surge can have a large impact on coastal populations globally. As storms are generally becoming more intense and frequent with climate change, storm surge is also increasing. If not accurately accounted for in coastal adaptation plans, these extreme sea levels during storms can pose a large threat to coastal populations, property, and infrastructure. In order to accurately determine the coastal flood risks, it is important to consider changes in all factors that could affect sea level and extreme sea-level events in a given area. 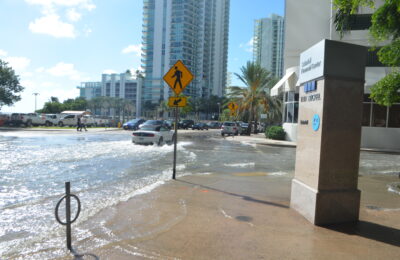