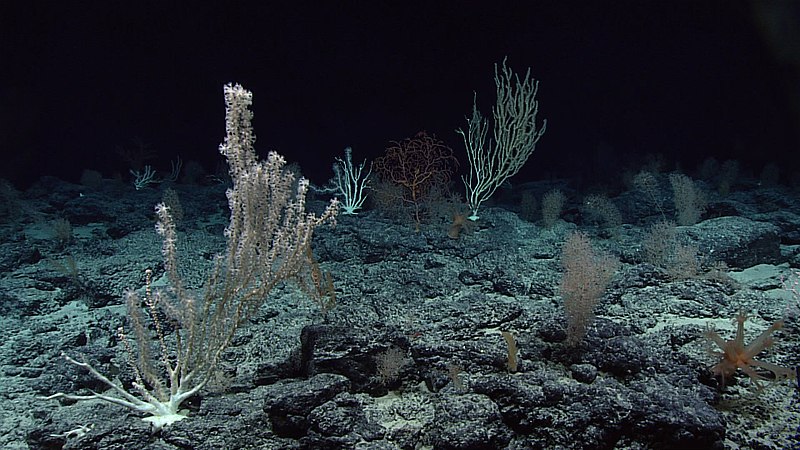 Warming of the polar regions

It is no secret: the Earth is warming. The polar regions are expected to undergo the most extreme changes. Without any reduction to greenhouse gas emissions, the Southern Ocean (the ocean that surrounds Antarctica) is expected to warm by 1.9℃ (3.6˚F) in the next 80 years. While this temperature change might not seem like much, it could lead to dangerous changes for the plants and animals that call the Antarctic home. A team of scientist from the United States and Sweden set out to study a species of cold water coral on the Western Antarctic Peninsula.

Cold water coral have a different set of adaptations compared to their tropical cousins. Due to limited food sources, Antarctic coral tend to be slow growing and long lived, and most don’t have the symbiotic algae (zooxanthallae) that give tropical coral their bright colors. The team of scientists used a solitary deep-sea cold water coral, known as Flabellum impensum for their study. Many coral exist as colonies, while Flabellum impensum only occurs as a single coral polyp. When these baby coral are released from their mothers they crawl until they find their new home using their cilia (think of short legs). Larvae tend to be considered the most vulnerable to environmental stress compared to their juvenile or adult counterparts. So that begs the question, how will deep-sea cold-water coral larvae survive with warming oceans?

Baby coral and the warming ocean

The scientists exposed Flabellum impensum larvae to a variety of warming scenarios to see how they would survive. Luckily, even under an increase of 4˚C (7.2˚F)there was no significant change to the health, survival rate, or size of the coral larvae. Unexpectedly, with warmer temperatures, the coral actually developed faster, creating mouths and tentacle buds faster than those in colder temperatures. While this can be seen as a positive for the ability of Flabellum impensum to successfully adapt to warming ocean temperatures, the scientists were not so sure. They hypothesized that maybe it isn’t the coral larvae that are most vulnerable; maybe it is the adults. Due to the long-lived nature of deep-sea coral, older, more established coral might not have the ability to adapt quickly to survive in higher temperatures.

While Flabellum impensum larvae could survive and thrive in warming oceans, it is unknown how they would react under multiple environmental stresses other than water temperature. Not only are oceans warming, but there is a large input of plastics and increased sedimentation, both of which harm the coral’s ability to feed. Antarctic ice sheets are also melting and falling into the ocean, creating a larger influx of freshwater that could greatly impact marine creatures. The best option to help deep-sea coral is to limit greenhouse gas emissions and decrease the effects of global warming to the best of our abilities.