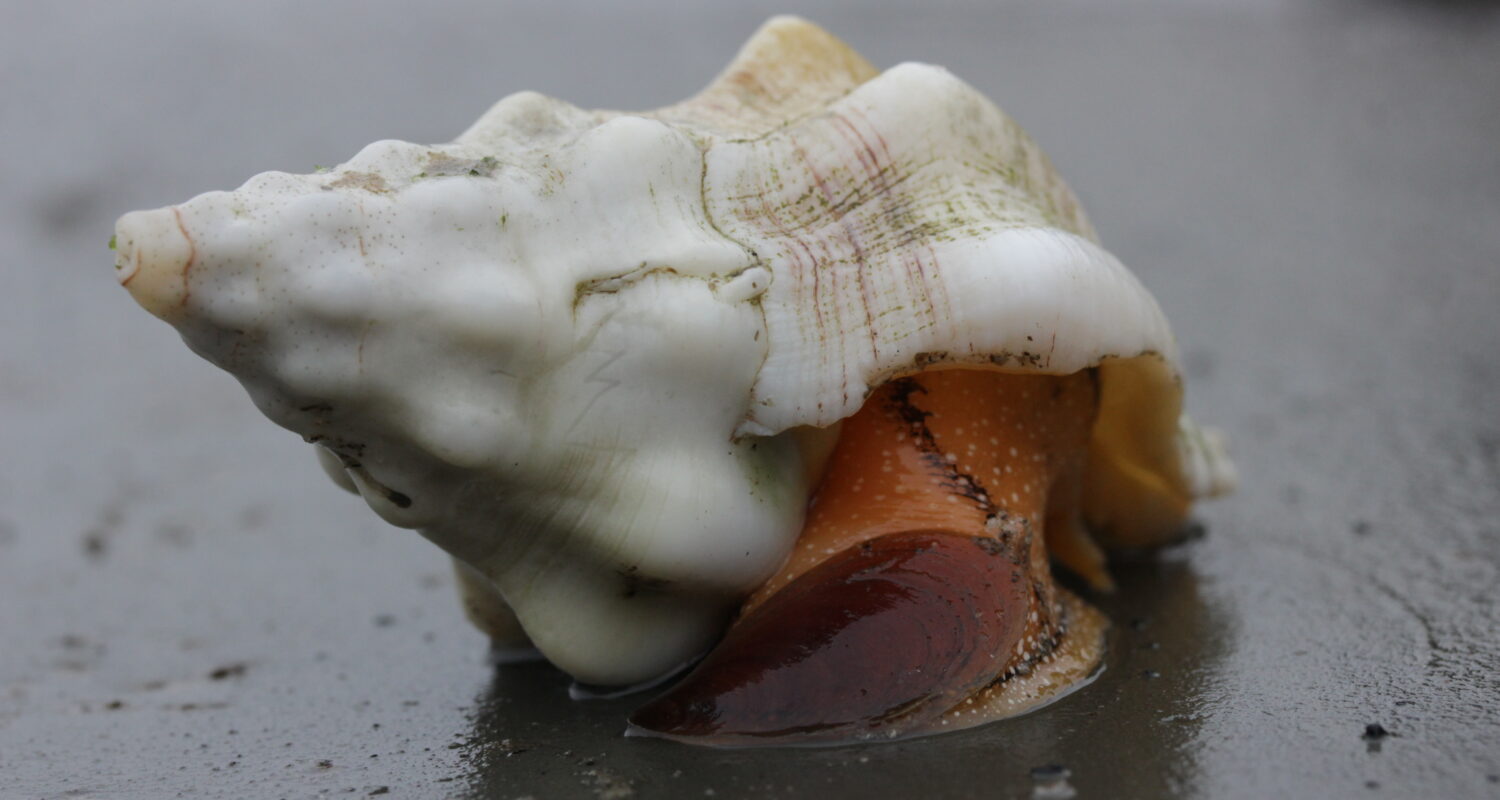 Clare, X.S., Kui, L., and Hofmann, G.E. 2022. Larval thermal tolerance of Kellet’s Whelk (Kelletia kelletii) as a window into the resilience of a wild shellfishery to marine heatwaves. Journal of Shellfish Research 41(2): 283-290

Marine heat waves (MHWs) are long periods of exceedingly high seawater temperatures. These types of events are becoming more and more common due to climate change. Periods of high seawater temperatures can have devastating effects in coastal marine ecosystems, causing mass die-offs and, for example, reducing the number of larval marine invertebrates that develop into adults. The Kellet’s whelk is a snail-like marine gastropod native to the kelp forests in the Santa Barbara Channel. This area has already seen several MHW events, and the Kellet’s whelk is starting to be harvested as part of the area’s shellfishery activities. Because whelks are long-lived and have multiple larval stages, MHW events could have a significant effect on the whelk life cycle, and therefore the success of this emerging shellfishery.

Since little is known about how the Kellet’s whelk larvae will respond to periods of extremely high temperatures, scientists from the University of California Santa Barbara assessed how temperatures typical of MHWs affected larval development of these whelk. The researchers collected adult whelks, let them reproduce in the lab, and then exposed two different stages of their larvae to 12 temperatures ranging from 15° to 37°C. They chose larvae still in the egg capsules (veligers) and larvae that had hatched out of the egg capsules (hatchlings). The temperatures they exposed the larvae to represent normal and high temperature conditions. They then measured how many larval whelks in both stages died or had abnormal development at each temperature.

The scientists found that, for both stages of larvae, mortality occurred at similar temperatures. Overall, mortality gradually increased as temperatures increased until about 32°C, at which point there was a sharp spike in mortality and many of the whelk larvae died.  However, abnormal development was different between the two stages. At 24.9°C 50% of veligers (the earlier larval stage) died, whereas 50% of the hatchlings (the later stage) died at 27.6°C. The temperatures where larval abnormal development occurred were much lower than the temperatures where mortality occurred.

The temperatures where developmental abnormalities were seen in whelk larvae have already been observed during past MHWs. This suggests that MHWs will have (and maybe already have had) a negative effect on Kellet’s whelk larval development. Larvae that don’t develop properly likely won’t become adults, reducing the number of whelks that survive. In addition, the younger developmental stages were more sensitive to temperature, so it’s possible that the whelk eggs themselves could be damaged by MHWs.

Knowing how different stages of the whelk life cycle will be affected by high temperatures and MHWs will be important to managing this emerging shellfishery, as well as how MHWs will affect the coastal ecosystem as a whole. More research is needed into how whelk populations fluctuate seasonally with temperature, and how to best management practices can be adopted when harvesting this species.