Even without long talons, sharp teeth, or powerful jaws, humans are extremely effective predators. Our ability to apply technology to capture huge numbers of fish makes us one of the strongest selective forces acting upon wild populations. Only the most successful animals, those able to endure a myriad of selective pressures, survive to pass on their genes the next generation. Research into what determines winners and losers of the evolutionary race and, increasingly, how humans are changing the rules, has been a topic of scientific research since Darwin’s On the Origin of Species (1859).

Trawling on a small scale

A trawling vessel drags a large net behind it to scoop up as many animals as possible (Fig. 1). It’s a popular way to catch tons of fish, but can tear up the seabed, and generally has a high rate of by-catch (the taking of non-target species, including sharks and marine mammals. Oceanbites articles focused on by-catch can be found here, here, and here). What determines the winners (escapees) and losers (dinner) of a trawling run, and the ecological consequences of any potential systematic bias of in trawling captures, is unclear. In order to test whether some individuals were consistently better at avoiding trawls than others, Killen et al. had to find a way to replicate the fishing technique on a smaller, more manageable scale.

To do this, the researchers swam schools of individually tagged common minnows (Phoxinus phoxinus) in a swim tunnel. Swim tunnels are essentially fish treadmills, allowing swimming speed to be set by adjusting the rate of water flow (Fig. 2). A net was carefully installed at the back end of the tunnel to mimic a trawl dragging along the bottom. By videotaping the schools as they swam at high rates of speed, the group could measure when (and which) fish were caught in the trawl.

After the trawling simulations were complete, the team did ran some additional tests, like maximum swimming speeds and post-exercise oxygen consumption rate, to evaluate the general exercise performance of each individual. By comparing each fish’s performance in the simulations with it’s baseline physical fitness, Killen et al. were able to determine what aspects of exercise physiology were best able to predict an individual’s “catchability” by trawling.

While there were some key differences between the researcher’s model and its real-world application (such as the number and type of fish in the school, lighting conditions, etc.), the group was able to produce a reasonable, scaled-down version of a trawling event with a representative species, allowing them to examine the underlying physiology that determines an individual’s vulnerability to capture by trawling (check out this video of a trawling trial!).

Fish are caught in a trawl because they swim too slowly or become fatigued, eventually fading into the back of the net, where they are trapped. Successful escapees are able to outpace the trawl, or are lucky enough to find the edge of the net and duck sideways out of its path. Both escape tactics involve strenuous exercise, meaning that individual variation in energy requirements (metabolic rate) and swimming ability may influence how likely any single fish is to be captured.

The researchers at University of Glasgow found variation in such physiological traits did influence how successfully a fish was avoided capture by a trawl. Moreover, these differences in escape ability were consistent between individuals, since fish that were caught early in one trawling trial (so that they spent a lot of time in the net) were usually caught early in a subsequent trial (Fig. 3).

What determines who escapes a trawling net? Exercise physiology, of course!

The fish least vulnerable to capture had the greatest anaerobic capacity, which is important for fueling the quick burst swimming needed to escape a trawl. Anaerobic capacity was estimated from the excess post-exercise oxygen consumption (EPOC) of the fish (Fig. 4), which is an overshoot of oxygen consumption rate above resting values following a bout of exhaustive exercise.

EPOC is linked to anaerobic capacity because it is largely thought to be determined by the energetic costs of recovering for anaerobic metabolism. This includes removing lactic acid that has accumulated in the muscles (too much lactic acid is the reason your legs burn when running up a flight of stairs), replenishing depleted glycogen stores (which is converted into the energy-storage molecule ATP, and used to power muscle movement), and the other processes involved in recovery from strenuous exercise.

In addition to being better sprinters, fish that were hard to catch were faster marathoners (Fig. 5), having a greater maximum sustained swimming speed. Consequently, they were able to delay having to switch from aerobic to burst swimming while evading the trawl. While very fast (it’s similar to human sprinting), burst swimming is risky, as it can only be sustained for very short periods of time, and leaves the fish exhausted and vulnerable to being scooped up by the net.

Finally, the least vulnerable fish tended to have higher resting rates of oxygen consumption, probably because high metabolic rate often correlates with better (faster) swimming performance (data not shown). Ecologically, it’s interesting that animals with relatively high demands for food and oxygen tend to be more likely survive trawling, as this could perhaps influence the growth and reproductive rates (which is correlated with size in fishes) of the target species. At the population level, there may also be an interesting interplay between between fish best able to avoid trawling (high oxygen consumption rate) and those that may be more apt to survive periods of food shortage (low energy demands/oxygen consumption rates).

By “relocating” the most vulnerable fish from the ocean to our dinner plates (and removing them from the gene pool), humans are placing a selective pressure for animals that excel at anaerobically-powered, burst-type swimming. Depending upon the species and its ecology, this may or may not conflict with the natural selective pressures already experienced by wild populations. Particularly in heavily harvested species, this sort of “fisheries-induced evolution” could change the physiological make-up of fish stocks, with impacts on stock quality, resiliency to exploitation, and adaptability to environmental changes. 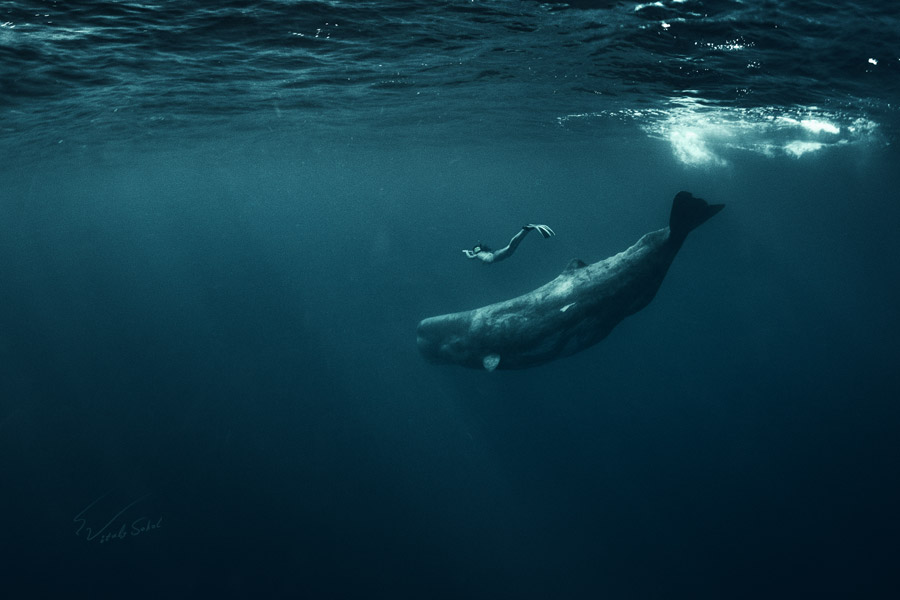