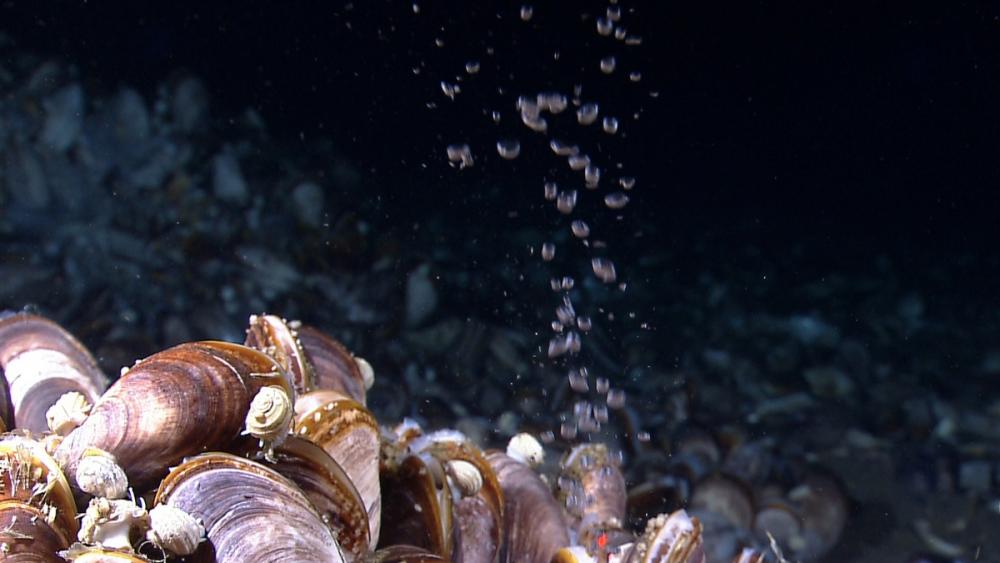 Methane is an incredibly potent greenhouse gas; after 100 years in the atmosphere, one molecule of methane causes around 30 times more warming than one molecule of carbon dioxide. Therefore, an understanding of methane sources and sinks on this planet is vitally important. But while methane is widely known to come from agriculture and fossil fuel production, it comes from other places too – one of which is hidden below the seafloor. Scientists believe that throughout Earth’s history, the fate of this subseafloor methane reservoir has dramatically altered global climate.

Below the seafloor, methane generally does not exist as gas. Instead, it’s stored in vast, icy reservoirs of methane hydrate. Methane hydrates are solid structures made up of methane and water molecules, and – like ice – they’re only stable below certain temperatures and above certain pressures. If temperatures are too high, hydrates begin to destabilize (or “melt”), and release the methane trapped inside. This phenomenon has been documented in the Arctic Ocean.

Hydrates can also destabilize when pressures decrease. But what could cause pressure to drop at the bottom of the ocean? One answer is a global lowering of sea level. Water is extremely heavy, and when sea level falls, less water sits above the same area of seafloor. This causes pressure on any hydrates at the seafloor to drop, releasing methane gas. Large drops in sea level have been recorded many times in Earth’s history.

One such point in time is the Oligocene-Miocene boundary (OMB), around 23 million years ago. Scientists know that during the OMB, planetary climate was changing rapidly. The relatively high temperatures of the Oligocene were being replaced by the cooler temperatures of the Miocene, as a planetary-scale glaciation (an ice age) was occurring. The glaciation led to a drop in sea level of roughly 50 meters (164 feet) – simply because a large amount of seawater froze and was tied up in glaciers on land. (During a later ice age 13,000 years ago, a similar glaciation and sea level drop may have allowed human beings to cross the Bering Land Bridge from Asia into North America.)

But did this known drop in sea level 23 million years ago actually cause methane hydrates to destabilize, as theorized? A team from Texas A&M University wanted to find out.

To answer this question, the scientific team obtained sediment samples from three sites in the Southern Ocean. 23 million years ago, these three sites were located far away from the coast, and as a result, they’re representative of global-scale changes taking place during the OMB. The team isolated the layers of sediment deposited before, during, and after the OMB (from around 25 to 21 million years ago), and then measured the concentration of various lipids from each of the sediment layers.

A lipid is a compound made by a living organism that has a variety of functions in a cell. Lipids that are specific to one particular type of organism are called “biomarkers,” because they can be traced back to specific organisms. Furthermore, they can be preserved in sediments for tens of millions of years, unlike the organisms themselves, which decay quickly once they die.

One lipid biomarker – a variety of GDGT (Glycerol Dialkyl Glycerol Tetraether) – is made by microorganisms called ANMEs (ANaerobic MEthanotrophs), which eat methane gas. If ANME-specific GDGTs are preserved in old sediments, scientists can conclude 1) that ANMEs were once living in those sediments, and 2) that there were high amounts of methane gas present (because ANMEs need to eat methane to survive).

By measuring the concentrations of GDGTs in sediments from before, during, and after the OMB, the Texas A&M scientists found that the highest concentrations of ANME-specific GDGT lipids were from sediments deposited during the OMB glaciation. This suggested that the drop in sea level associated with the OMB glaciation caused methane release from hydrates, which allowed ANMEs to thrive. Because these sites were in the open ocean, it also suggested that the methane release occurred throughout the ocean, rather than within a small region.

This study is the first to directly link a large global change event with the dissociation of methane hydrates using lipids, which provides – mostly – unambiguous evidence that certain microorganisms were present.

This direct evidence is important, because it allows ocean scientists to (with a high degree of certainty) suggest that the Earth’s climate is intimately linked with the marine methane hydrate reservoir. The OMB glaciation ultimately ended because the methane released from hydrates acidified the ocean and warmed the planet. Put simply, the hydrate reservoir helped return Earth’s temperature to normal.

Today, hydrates are dissociating as well – this time due to increasing temperatures rather than decreasing pressures. In this case, however, a release of methane will only warm the planet further, not help us regain temperature balance. This research demonstrates the importance of understanding the linkages between methane hydrates and climate. 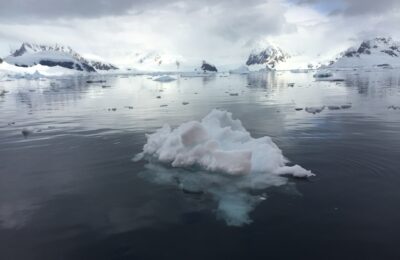