Journey to the center of the earth

What lies beneath? More than a mediocre movie, that is a question that curious denizens have asked for a long time. The bottom of the deep ocean has been described as an underwater desert, but mud and rock at the bottom of the ocean holds incredible records of past events, of ancient life and oceans, and even living organisms! Exploring sediment cores from the sediments has lead to valuable discoveries, like confirming movement of continental plates and discovering life deep in the seafloor. Getting mud from the ocean is not as straightforward as digging up mud from a garden though – you need a lot more than a shovel and a pail. Here we’re going to talk about thedevelopment of subseafloor exploration and some of the technology and agencies that made it possible.

Since the 20th century, technological advances have allowed scientists to take deeper sediment cores than ever before, and begin to answer this question. Developing the networks of researchers, the technology, and the resources for ocean discovery took a while though. Up until the 1940s, most of the deep ocean was considered lifeless, and the deepest beneath the seafloor we could explore was a couple of meters. Then, in 1947, a Swedish ship called the Albatross began sailing around the world with a new way to collect sediment, called piston coring. A piston corer is almost like a straw for the seafloor, but with hydraulics. Essentially, a long metal tube ‘corer’ with a straw-like ‘core liner’ inside of it is sent to the seafloor. The corer makes contact with sea bottom, then uses pistons to propel the core liner past the end of the corer and into the sediment. This can collect almost pristine sediment, which is crucial for many later scientific studies. This technology was developed by a Swedish scientist with an awesome name: Börje Kullenberg. With piston coring, sediment up to 20 meters below the seafloor could be taken. The Albatross expedition not only set the stage for using this new coring technology, but also helped prove that important scientific discoveries can be made beneath the seafloor and that the ‘dead zone’ of the ocean was far from lifeless!

Project Mohole, started in 1961, was the first iteration of American scientific drilling initiatives, and was led by a group with potentially the best, but vaguest name – the American Miscellaneous Society. This project intended to drill a hole through ocean sediments into the earth’s crust, to hit the Moho, i.e. the boundary between the earth’s crust and the mantle, hence the clever project name ‘Mohole’. A type of coring technology called ‘advanced piston coring’ (APC) was used to collect sediment cores from up to 601 feet below the seafloor, the deepest at the time, and the first samples of the earth’s basaltic crust underlying this sediment were also collected. Importantly for future work, a type of ship technology called ‘dynamic positioning’ was invented. Dynamic positioning allows a ship to stay in the same location for periods of time, even if the ocean currents or winds try to make the ship drift. This development was incredibly important for drilling sediments, because a ship can stay in the same spot for days or weeks, sometimes with pipes leading down to the seafloor. This makes drilling to very deep depths possible today. While the project was eventually discontinued by the US Congress (i.e. they stopped funding it) and did not have the chance to hit the Moho, it was still a great scientific success that laid the foundation for modern scientific ocean drilling.

We must go deeper! The Deep Sea Drilling Project

Though Project Mohole did not reach the Moho boundary, it proved that ocean drilling is technologically possible and scientifically worthwhile. Following this, the United States National Science Foundation funded the Deep Sea Drilling Project (DSDP). This project ran from 1968 to 1985 and operated the now-famous scientific drilling vessel the Glomar Challenger. Using technologies developed by industry and during Project Mohole, the DSDP drilled more than 105 miles of sediment and ocean crust (that’s more than 1848 football fields) in its 17 year run.  The deepest they drilled was more than a mile deep beneath the seafloor, and sometimes they drilled in over 4 miles of water depth. The DSDP proved that plate tectonics, a then controversial theory, was correct, by drilling and collecting sediment cores that showed seafloors spread.

In 1985, the DSDP ended, and the Ocean Drilling Project, referred to as the ODP, began. The ODP was more international than the DSDP, and included collaborations with countries in Europe, Australia, and Asia. The ODP ran from 1985 until 2003, and used the ship the Joides Resolution. Joides sounds like a weird name from Star Trek, but stands for Joint Oceanographic Institutions for Deep Earth Sampling. Resolution is in honor of the HMS Resolution, a ship that explored the Pacific in the 1800s. During this nearly three decade period, the ODP drilled over 2000 boreholes in over 110 expeditions (called ‘Legs’), using a variety of technologies like extended core barrels (XCB) and rotary core barrels (RCB) for collecting harder sediment and rocks samples that the more ‘gentle’ advance piston coring couldn’t collect. Not only were great geological, geochemical, and paleontological discoveries made, but at the end of this period, microbiology became an important part of deep sea exploration, too! Leg (or Expedition) 201 was the first microbiology dedicated drilling cruise. However, ODP didn’t only take things from the seafloor – they also left things there, called CORKs…

CORK is a clever acronym for Circulation Obviation Retrofit Kit, and does exactly what it’s nickname says – it corks holes drilled in the seafloor. The need for these corks is similar to why you cork a bottle: to keep fluids in, and out of, the holes they drilled. After you recover a sample from a drilled seafloor hole though, why do you need to keep water from going in and out of it, though?

The explorers wanted to study the water in the sediment and rock underneath the seafloor, and how it moves. This is important because water movement carries more than just fluid – it also carries heat, chemical compounds, and even microorganisms! The CORKs provided a nifty way to stop ocean water from going into a hole, let the hole return to close to its previous conditions after a while (we refer to this as reestablishing equilibrium), and eventually scientists can go back to it and sample it! Instruments that record things like temperature and pressure are usually hung from the CORK into the hole below. Later, more types of instruments and sampling devices for things like water chemistry and biology were used as well.

The Integrated Ocean Drilling Project (IODP) began where the ODP left off in 2003. The IODP wasn’t alone though. Scientists in other countries had seen the ODP’s and the DSDP’s work, and joined in. Japan was the United States’ main partner in the new program, but many European countries as the European Consortium for Ocean Research Drilling (ECORD) and later China contributed as well. The mission of the IODP was to explore the ‘deep biosphere’ (things living deep beneath the seafloor like Bacteria), to investigate climate change, and to understand solid earth cycles and geodynamics.

This international collaboration not only allowed scientists and techniques from all over the world to investigate mysteries of the deep (both deep depths and deep time). This allowed international research ships to be used as well. The Japanese-operated Chikyu is a drilling vessel, like the Joides, and was designed to drill up to seven kilometers (4.35 miles!) deep. The European Consortium did not operate a specific ship, but adapted pre-existing ships for individual research cruise needs. The addition of the Chikyu and other ships allowed scientific drilling to happen in multiple places (and query multiple scientific questions) at once. Ultimately, IODP was a part of 52 scientific missions to places like the Arctic, the middles of the Atlantic and Pacific Oceans, and the Great Barrier Reef. Scientists on these cruises endeavored to get sediment, rock, and fluid samples from earth’s crust.

Days of Future (exploring the) Past

So what’s IODP up to now? It’s still IODP, but since 2013 it has become  the International Ocean Discovery Program. This phase of IODP includes 24 countries, and brings together biologists, chemists, geologists, geophysicists, and many other scientists. Together on cruises that can last over two months, they explore the mysteries of the deep sea and deep time. Before ocean drilling, we thought that ocean bottoms were lifeless, the movement of the continents were hotly debated, and nobody knew about deep hydrothermal activities. Subseafloor exploration is how we know about the existence of life deep beneath earth’s surface, mid-ocean ridges creating new seafloor, the PETM (a very warm period in Earth’s history with high carbon dioxide levels, considered an analog to current climate trends). IODP is actively studying many subseafloor sites today. They are exploring the deep today to answer questions about past climates and what they tell us about climate today; to explore what kind of life can survive miles beneath the seafloor, buried without light, oxygen, or new food; to see what happens when meteors hit the Earth; and to understand our planet. 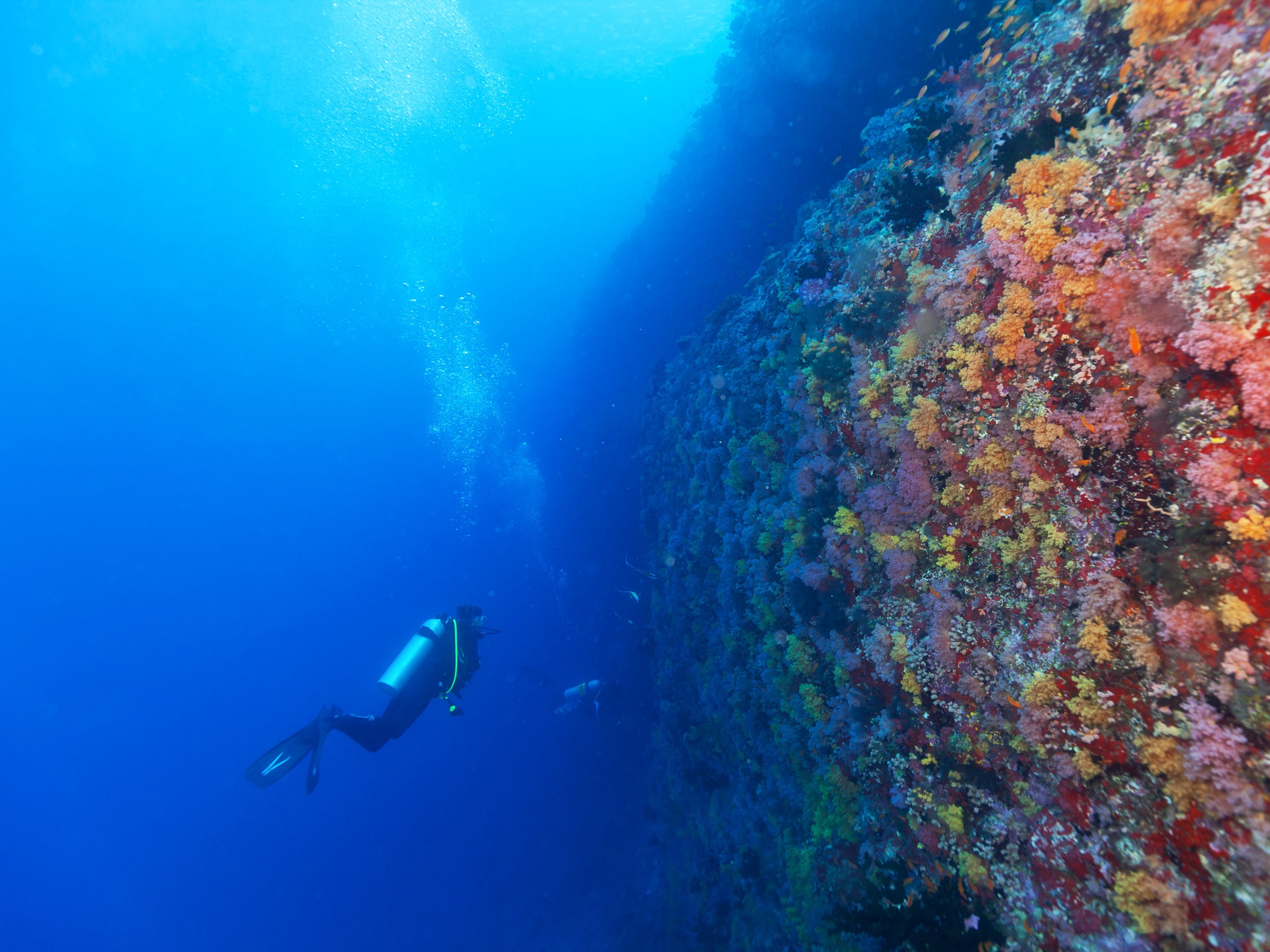 One thought on “Under the Sea(floor): Ocean Drilling and Scientific Discovery”