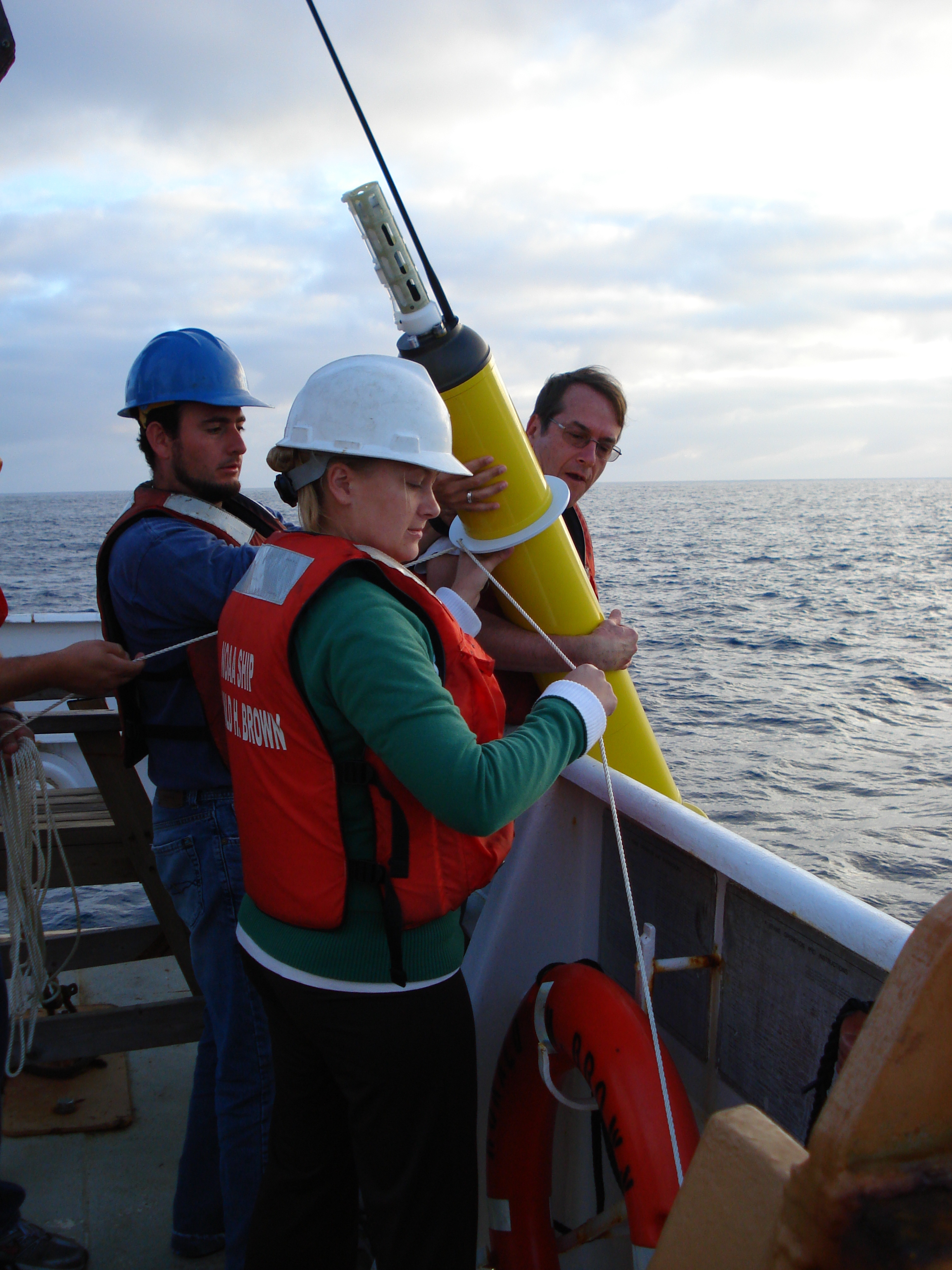 The ocean is vast, deep, and moving, and while all these characteristics can make studying the ocean incredibly interesting, it also means that there are so many things we don’t know. Yet there are animals that are constantly traversing places we have barely begun to understand. Animals can’t directly tell us what is going on, but what if we could get the information in a different way? A group of scientists led by Dr. David March set out to show how we can use animal born instruments (ABIs), or sensors attached to various species of animals, to better understand the sea.

How we look at the ocean now

We are not flying entirely blind when it comes to studying the way waters move through the ocean. Currently, we get a lot of our knowledge on ocean circulation and water temperature, salinity, and chlorophyll levels (or the amount of algae in the water) from the Argo observing system. Essentially, an Argo float (a free-moving drifter with chemical probes attached to it) is placed is the water. It travels through the ocean, dropping as deep as 2000 meters (about 6561 feet) before returning back to the surface, where it can transmit a wireless signal that sends the data to scientists.

While we have learned a lot from this system, there are a couple of limitations. Since Argo floats are passive drifters, they will go where the water carries them. This means if there is a strong current coming off of a coast, for example, the Argo float will get swept away and never record what the water is like by the coasts. In addition, it is hard to drop Argo floats into exclusive economic zones (EEZs), or parts of the ocean where one state or entity has rights over exploration and the use of marine resources. Although Argo reached its goal of 3000 floats in 2007, there are still a number of regions where there is very little or no information, which March and his colleagues called coldspots. These coldspots were particularly concentrated in higher latitudes (anything north of the tip of Greenland or in the south around Antarctica), tropical regions like the Caribbean, and shallow waters (less than 200m deep). Additionally, there were coldspots in the exclusive economic zones around Russia, Indonesia, Antarctica, Canada, and the USA.

How can animals help?

The idea of attaching sensors to animals swimming through the ocean is not new. For example, sensors were placed on elephant seals in the Southern Ocean to study oxygen content in the water. Using animals to sample water quality gets around several of the problems with Argo data. Firstly, animals are active swimmers and can travel through currents that would sweep Argo floats away. Secondly, some animals dive even deeper than an Argo float can, and if the animal has to come up to breath, like a penguin or a whale, then the data can be readily transferred by wireless signal to the scientists. Finally, while exclusive economic zones may keep scientists out, there aren’t physical barriers to keep sea creatures out.

March and his colleagues compared areas where we have little Argo data to the ranges of various kinds of animals, including sea birds, seals and sea lions, turtles, whales and porpoises, penguins, sharks, and bony fishes. They found that seals and sea lions as well as penguins easily cover the coldspots at higher latitudes. When combined, sea turtles, whales and porpoises, sharks and rays, and tuna and billfishes stretch across most of the coldspots in the world.

Overall, it would be quite possible to supplement our understanding of the ocean with information that we get from animals. Seals and sea lions are particularly useful in high latitudes, and sea turtles frequently go into areas that are important for oceanography, but where Argo floats have failed us, such as the tropics, currents moving through the equator, and upwelling zones along the coasts.

While it may sound abstract, observing the salinity, temperature, water oxygen levels, the amount of chlorophyll  helps us not only understand the ocean, but also the climate patterns we see on land. Oceanographers can use this kind of data to measure the speed and direction of currents, look at how productive the ocean is, predict how successful a fishery might be, and even look at climate variations. Strapping sensors onto a sea turtle may seem more like a scientist’s curiosity project, but it could show us the way ocean circulation feeds into a hurricane, or help us better understand the Gulf Stream. The things that we could learn are limitless. We might just have to ask the animals.