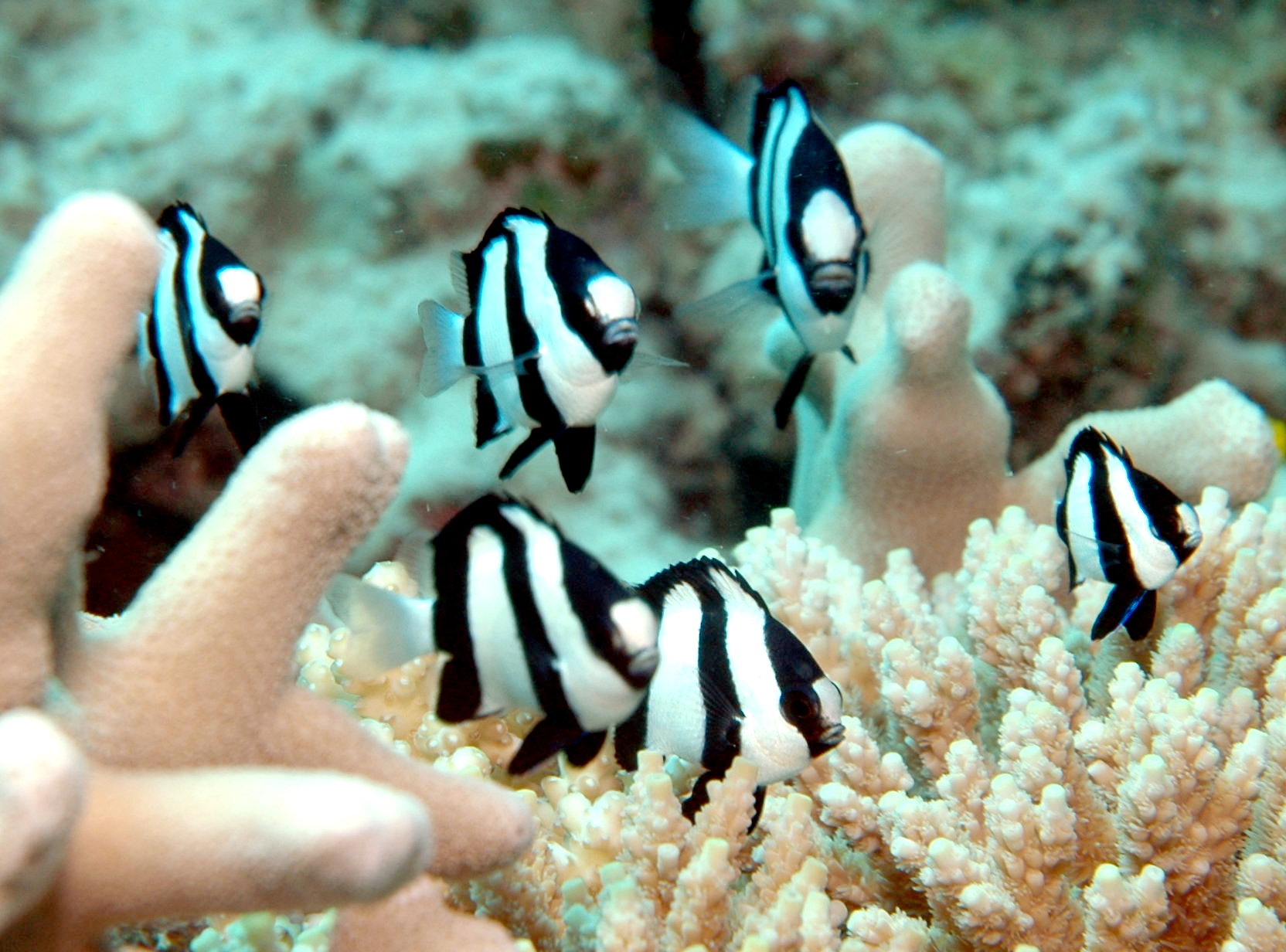 Climate change affects every single part of our environment, especially the ocean. As one of the world’s largest carbon and heat sinks, our ocean soaks up a large amount of our excess carbon emissions and the atmosphere’s heat. As a result, marine ecosystems are rapidly warming and acidifying. These climate change-byproducts have caused many of the world’s integral coral reefs to bleach and die. As our ocean warms at a rate faster than anyone expected, coral reefs are facing an absolutely massive threat.

When coral bleaches and dies, it can no longer participate in many symbiotic relationships with different organisms in reef ecosystems, causing a chain reaction which disrupts the entire system. From the tiny Symbiodinium which live inside coral and provide them nutrients, to the larger predators which eventually see their prey disappearing, everything in a coral reef suffers when coral suffers. Impacts include loss of coral species diversity, weakened coral skeletons, and increase in harmful algal blooms.

Scientists are attempting to solve the global crisis that is coral bleaching and death. But what if we had something on the inside? A helpful ally which could increase coral bleaching tolerance and boost post-bleaching recovery in the field and in real time?

As it turns out, we do: damselfish.

Many species of damselfish have a symbiotic relationship to thermal (or temperature) sensitive coral species. These coral provide a home for damselfish, who in turn give coral nutrients through their excrement. Additionally, the damselfish’s swimming activity inside and within coral increases water flow, which promotes gas exchange needed for more efficient photosynthesis (a process by which Symbiodinium like zooxanthellae both feed themselves and the coral they live in). Since damselfish stick around in their coral hosts for some time after bleaching events, they may actually help coral recover as well.

Chase et al. (2018) explore whether damselfish Dascyllus aruanus (or the Whitetail dascyllus) can indeed increase coral bleaching tolerance during climate-change induced temperature stress events and aid in post-bleaching recovery. They split their study into an experiment, with manipulated conditions, and field observation in Lizard Island lagoon on the northern Great Barrier Reef in Australia.

In their experiment, Chase et al. (2018) look at the effects of damselfish in ambient (no sudden warming temperatures) and heated (simulating climate change warming temperatures) conditions. Overall, the scientists found that the Whitetail dascyllus greatly helped coral bleaching tolerance and recovery during their experiment. During recovery periods, ambient colonies with the Whitetail dascyllus had higher Symbiodinium levels than colonies with no fish, indicating that the coral were less likely to expel their algal roommates and bleach with the help of damselfish. The scientists also saw this effect in their heated conditions, where colonies with damselfish had more Symbiodinium than colonies without. Chase et al. (2018) also saw increased chlorophyll in colonies with damselfish in both the ambient and heated conditions in the stress and recovery periods when compared to their no-fish counterparts. More chlorophyll content means Symbiodinium were able to photosynthesize to feed themselves and their coral hosts even during temperature increases, preventing the likelihood of extreme bleaching and lowering the chance of coral death.

In their field observations, Chase et al. (2018) noted that coral colonies with Whitetail dascyllus had significantly higher concentrations of Symbiodinium than their unoccupied counterparts. However, in 2016 during their observations, the Lizard Island Lagoon experienced a sudden exposure to temperatures greater than 33 degrees Celsius (over 91 degrees Fahrenheit). Because of this extreme warming, more than 90% of observed coral colonies both bleached and died, unable to recover from this devastating thermal stress. The severity of the bleaching event rendered the studied damselfish unable to help their coral hosts recover, and the fish eventually disappeared.

Chase et al.’s (2018) study comes with an amazing finding: that the symbiotic relationship between damselfish and coral (and possibly many other coral-dwelling fishes) can increase coral’s tolerance to bleaching and enhance their post-bleaching recovery. However, the scientists’ study also shows that these fish cannot work alone. In the face of devastating thermal-stress caused by climate change, damselfish simply cannot help their coral hosts survive.

Chase et al.’s (2018) findings provide an extremely important message: none of us can work to save coral or fight climate change in isolation. While it is absolutely amazing (and indispensable) to discover the many ways in which ecosystems as a whole can adapt to climate change and heal together, we must also work to mitigate the severity of climate change on our end. Finding different ways to cut our carbon emissions, supporting policy which encourages clean energy, looking for other methods of carbon sequestration which takes some pressure off the ocean: these are all ways that we humans can help our new ally on the inside fight the byproducts of climate change.