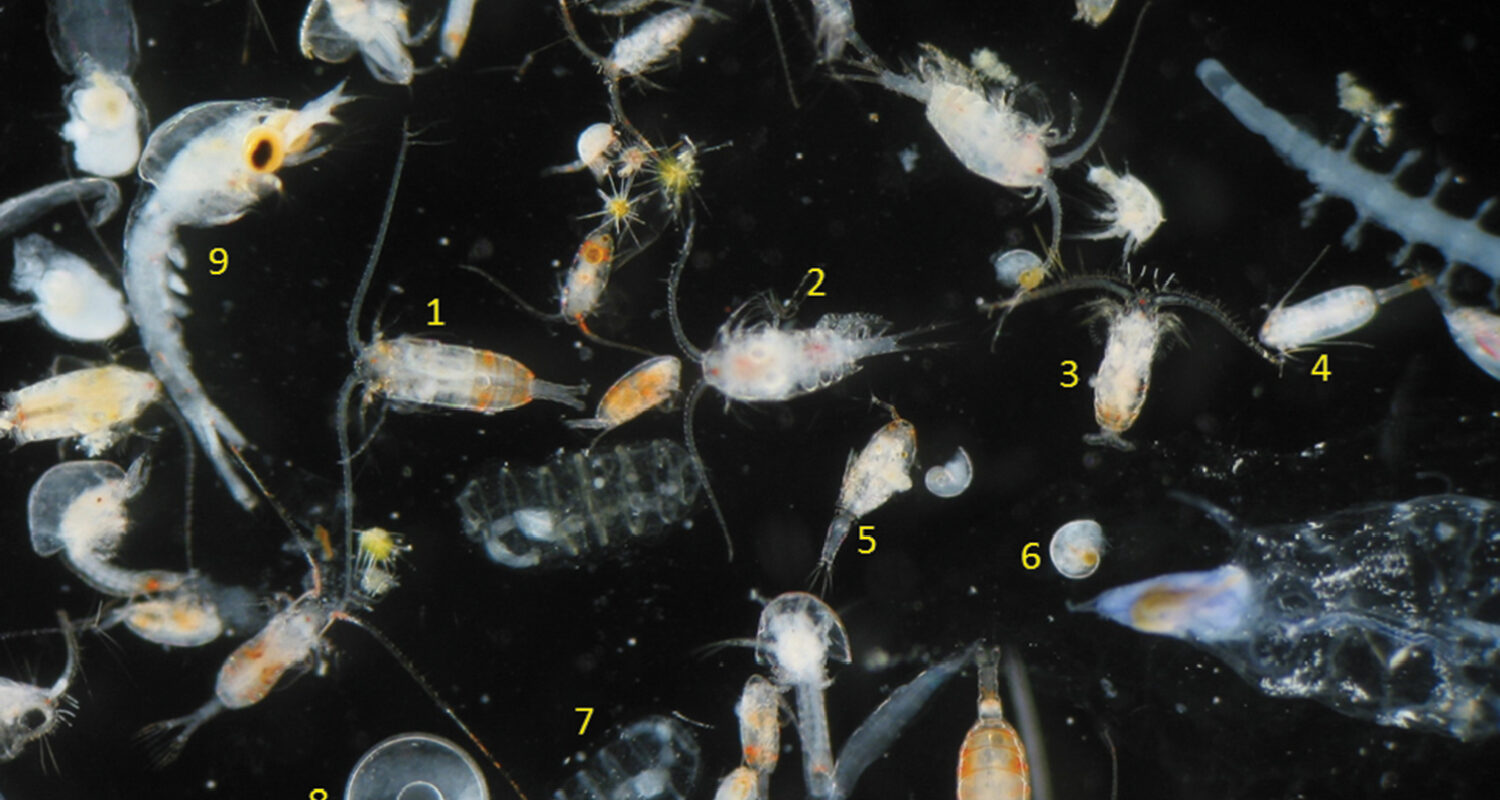 Nearly every animal, from humans to crustaceans, has its share of parasites. Parasites live in or on the host organism, take advantage of the host’s resources, and cause disease or physical damage. These critters are certainly not glamorous, but they play important and under-appreciated roles in ecosystems all over the world. It’s estimated that around 40% of all animals are parasites! However, parasitic species are small and often overlooked, and we don’t know very much about the types of parasites that live in the ocean.

Small crustaceans called copepods are among the most abundant animals in marine ecosystems. These zooplankton are an important food source for fish, birds, and marine mammals. Although copepods themselves are well-studied, their parasite communities are not. In a recent study, scientists attempted to learn about the community of parasites that infects copepods in the Arctic Ocean.

Since zooplankton are so small (much less than a centimeter in length), it is difficult or impossible to visually identify their parasites. Fortunately, genetic techniques allow scientists to figure out which creatures live in or on the host animals. In this study, researchers used a technique called “metabarcoding,” which means that they sequenced DNA from their samples, and matched that DNA with databases of known organisms. Using this metabarcoding approach, the scientists identified several distinct groups of parasites infecting the copepods. This includes a species of trematode, a type of worm that also infects humans. Most of the parasites, however, were types of protists called ciliates and dinoflagellates. These creatures are common in the ocean as both free-living and parasitic species, but very rarely infect mammals.

Who cares about parasites, anyway?

What can we learn about the ocean by studying marine parasites? Well, it’s likely that these parasites affect the population size and distribution of zooplankton, which in turn affects the whole food web. In this study, as many as one out of five copepods were infected with a parasite. Since infected animals can’t grow or reproduce as well as healthy animals, parasites may limit the growth of the entire population. Infections were also much more common during the spring than the winter, suggesting that ocean communities may be more vulnerable to disease at certain times of year.

As the Arctic Ocean warms and changes, there will also be changes to the parasite community, and right now we don’t know the consequences that may have for Arctic food webs. Global warming might even allow new parasites to enter the Arctic, causing additional stress and disease among resident populations. The Arctic zooplankton community supports fish species like Arctic cod, as well as whales, seals, and seabirds, so any negative effects on zooplankton can have cascading effects up the food web. Before we can answer these bigger questions, however, we need a lot more information about what parasites are already there, and what they may be doing.