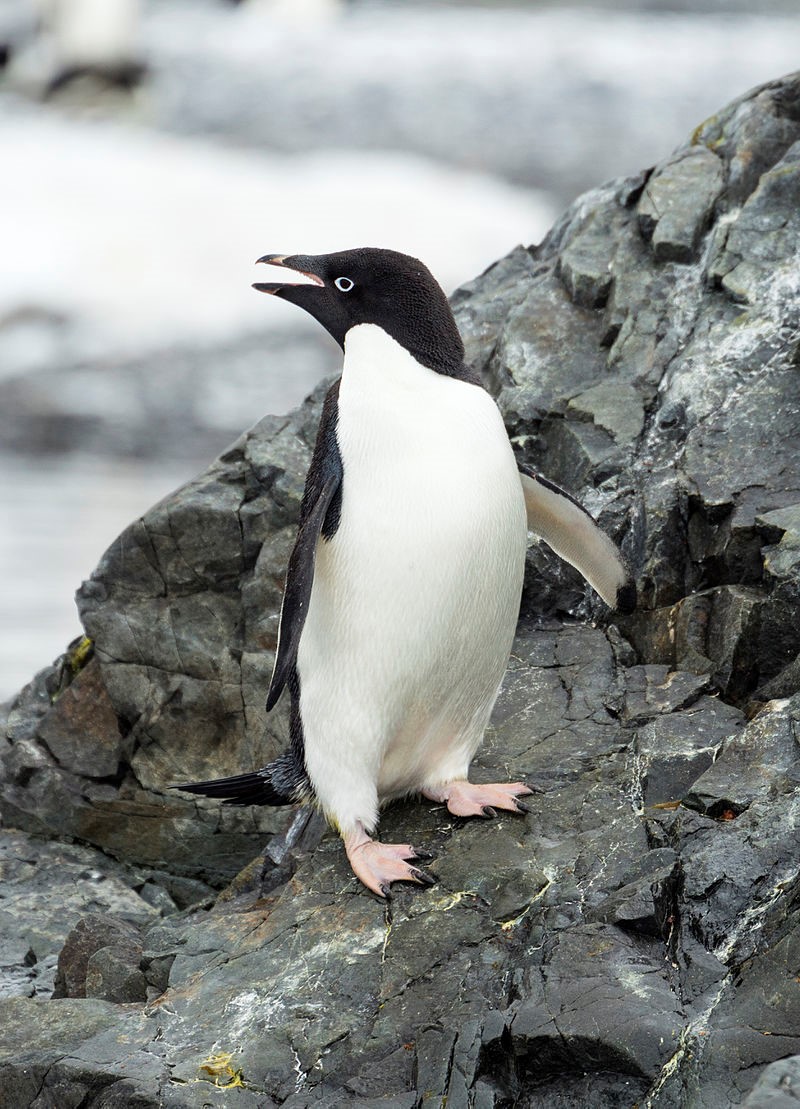 Global sea-ice has been in the spotlight recently as temperatures rise and glaciers melt at alarming rates. Although sea-ice cover decreases with warmer temperatures in the Northern Arctic waters, the same is not true globally. For example, in the Southern Ocean sea-ice cover might be increasing in the future. One important player in the Southern Ocean are the Adélie penguins. These penguins play a role at the top of the food web eating both krill and small fish in frigid Southern Ocean waters. Because of their role in the food web the Adélie penguins can be used as indicators of the health of ecosystems.

So how do Adélie penguins respond to warming temperatures and changes in sea-ice cover in the Antarctic region? Scientists weren’t sure, with conflicting results between regions and no experimental evidence directly linking sea-ice cover and Adélie penguin health. Researchers in this study set to find out by using trackers equipped with a combination of GPS devices, cameras and other tools to Adélie penguins. These penguins were monitored across 4 years from December to February during the Southern Hemisphere Summer.

How do you measure penguin populations?

To determine sea ice cover aerial shots were taken of the Adélie penguin colony, and each year was termed as having ice-cover or as ice-cover free (pictured).

However, measuring adult penguins only gives scientists half the story. To get a better picture of the success of the Adélie penguin colony across season, their offspring (known as fledglings) were also measured. Each fledgling was tagged with a plastic flipper for identification and weighed every five days. The number of fledglings present divided by the number of active nests was termed ‘breeding success’, and the number of fledglings that survived to the end of the season was recorded as the ‘fledgling survival’. With these measurements, scientists were able to compare the success of the colony from seasons with sea-ice cover to those without.

Sea-Ice or no Sea-Ice?

Without sea-ice cover penguins were able to dive directly into the water to find food, whereas when sea-ice was present these penguins would walk for a few kilometers before finding a crack in the sea ice to dive (Movie of penguin behavior). Not only did sea-ice extent limit the penguin’s ability to get to the water, but it also limited the amount of time penguins were able to search for food on long dives. Penguins diving below sea ice had to slow down on their ascent to find a crack in the sea ice to breathe. Without sea ice above them, penguins were able to continue foraging at high speeds before reaching the surface. All this translates into lower energy expended finding food, and more food during ice-cover free years.

What does this mean for the Antarctic?

The Antarctic continent hosts a large portion of the Adélie penguins, while another population of the species lives in the warmer Antarctic maritime regions (including the peninsula and islands). The colony in the maritime region has previously shown opposite trends with sea-ice as seen in this study and might be negatively impacted by decreased sea ice-cover.

The effects of warming temperatures on Antarctic sea-ice are not clear, although many studies indicate sea ice-cover increasing across Antarctica, regional studies find otherwise. Some studies in the Antarctic continent, where the Adélie penguin colony studied here can be found, show decreasing ice-cover in warmer years.

However, even as waters warm, the Antarctic continent Adélie penguin colony thrives with less energy spent finding food and more energy available to put into breeding and fledglings. Although the effects of climate change can already be seen, some organisms are able to adapt and survive, giving us hope in light of a warmer future.