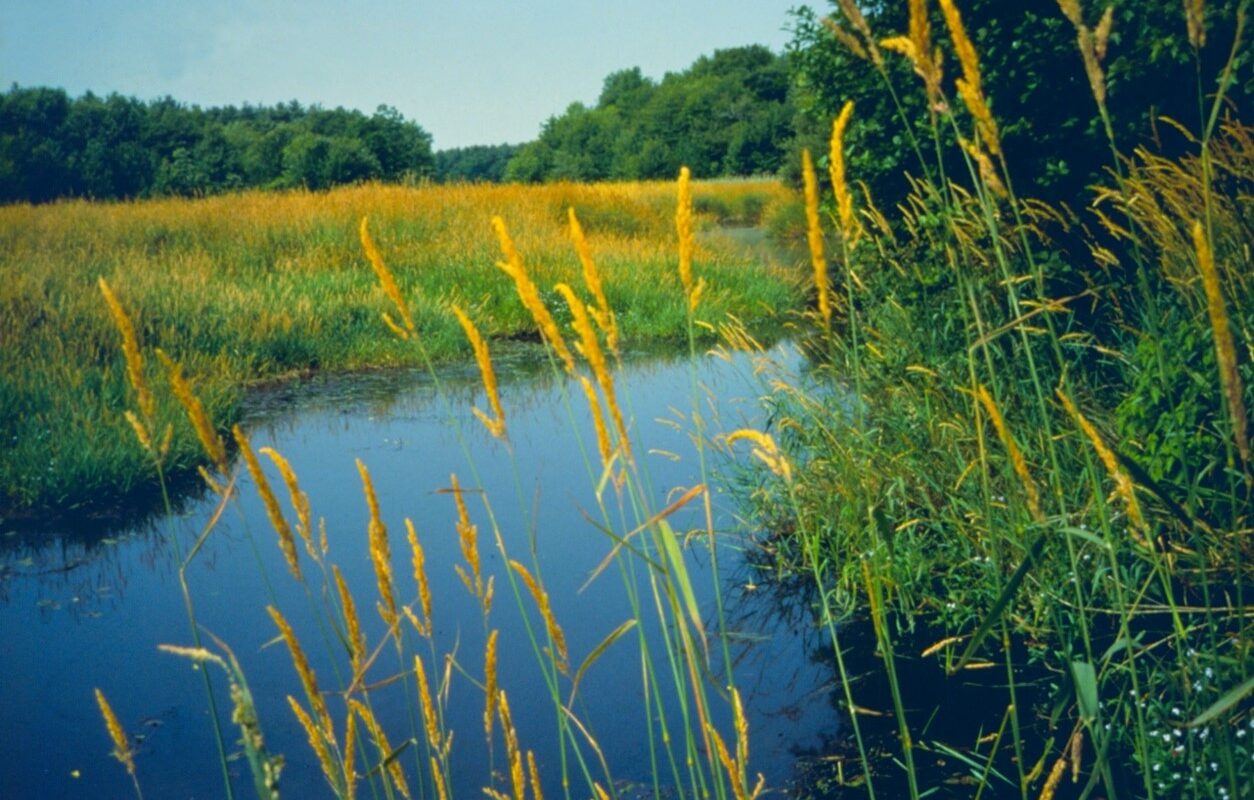 In the era of climate change, we are all looking for new and innovative ways to get greenhouse gases out of our atmosphere. Climate scientists are tasked with “balancing the books” of our global atmosphere; they add up the sources and sinks of these greenhouse gases, such as carbon dioxide and methane, to better understand how they move around the planet. Salt marshes are important ecosystems that take up greenhouse gases because plants grow quickly in salt marshes, die, and then get buried in the marsh soil. This super quick grow and die cycle pulls gases such as carbon dioxide out of the atmosphere and stores them in the soil. However, changes in the soil chemistry can rerelease these greenhouse gases, undoing this essential work done by marshes in the fight against climate change.

So, What About Crabs?

Recently, researchers aimed to understand how one small critter could disrupt this balance in marsh soil. The fiddler crab (Uca spp.) is a crab found throughout the world in temperate and tropical marshes, and it finds food by digging holes through marsh soil. This burrowing behavior mixes and oxygenates (adds oxygen to) the marsh soil, which allows bacteria to break down the dead plant material and pump greenhouse gases back into the atmosphere. Researchers wondered, how much greenhouse gases are these crabs responsible for emitting? Is the fiddler crab the new climate change scapegoat?

To answer these questions, researchers collected sediment and fiddler crabs from salt marshes in Louisiana. They created small enclosures, called microcosms, to house the sediments and crabs and perform their experiments. They were interested in how the depth and the shape of the burrows affected the amount of greenhouse gases released. The researchers designed experiments with varying types of burrows (each one is called a treatment): artificial burrows, no burrows, and crab-made burrows in the sediment to see differences between each treatment. They also made artificial burrows of different depths to see if depth influenced greenhouse gas emissions. All microcosms were exposed to their treatment (crab made burrows, artificial burrows, or no burrows) for 5 days and kept air-tight, and ambient greenhouse gas emissions were measured using various analysis methods. Sediments were also collected and measured for their greenhouse gas concentrations. Burrow width and depth measurements were taken, as well as the weight of the excavated sediment.

The Verdict on Crabs and Carbon

Researchers found that more carbon dioxide was emitted when crabs excavated more sediment. They also found that burrows made by crabs emitted more carbon dioxide than the artificial burrows. However, neither of these treatments had significant effects on the amount of methane released from sediment. The researchers attributed this to methanotrophs (methane eating bacteria) in the sediment; burrowing emitted methane, but it was being eaten by bacteria before it could be released into the air. Researchers also found that greenhouse gas emissions from sediments were high immediately after the crabs began burrowing, but then decreased and went back to background levels about 2 hours after the holes were dug. Doing some math, the researchers estimate that the fiddler crab releases 5-11% of the carbon buried in salt marsh sediments every year. Since this calculation is based on data from this microcosm experiment, it does not consider environmental factors that a real-life marsh would be exposed to, such as the weather and tides. Overall, researchers found that increased crab burrowing exposes more marsh sediment to oxygen for longer periods of time, allowing carbon dioxide buried in the sediment to be released. Moreover, this trend could become more pronounced, as climate change is projected to increase the habitat range of the fiddler crab.

So, what does this mean for us humans trying to slow the earth’s warming? Though we cannot stop these crawling critters from digging holes, we can use research like this to better understand the sources and sinks of greenhouse gases on our ever-changing planet.