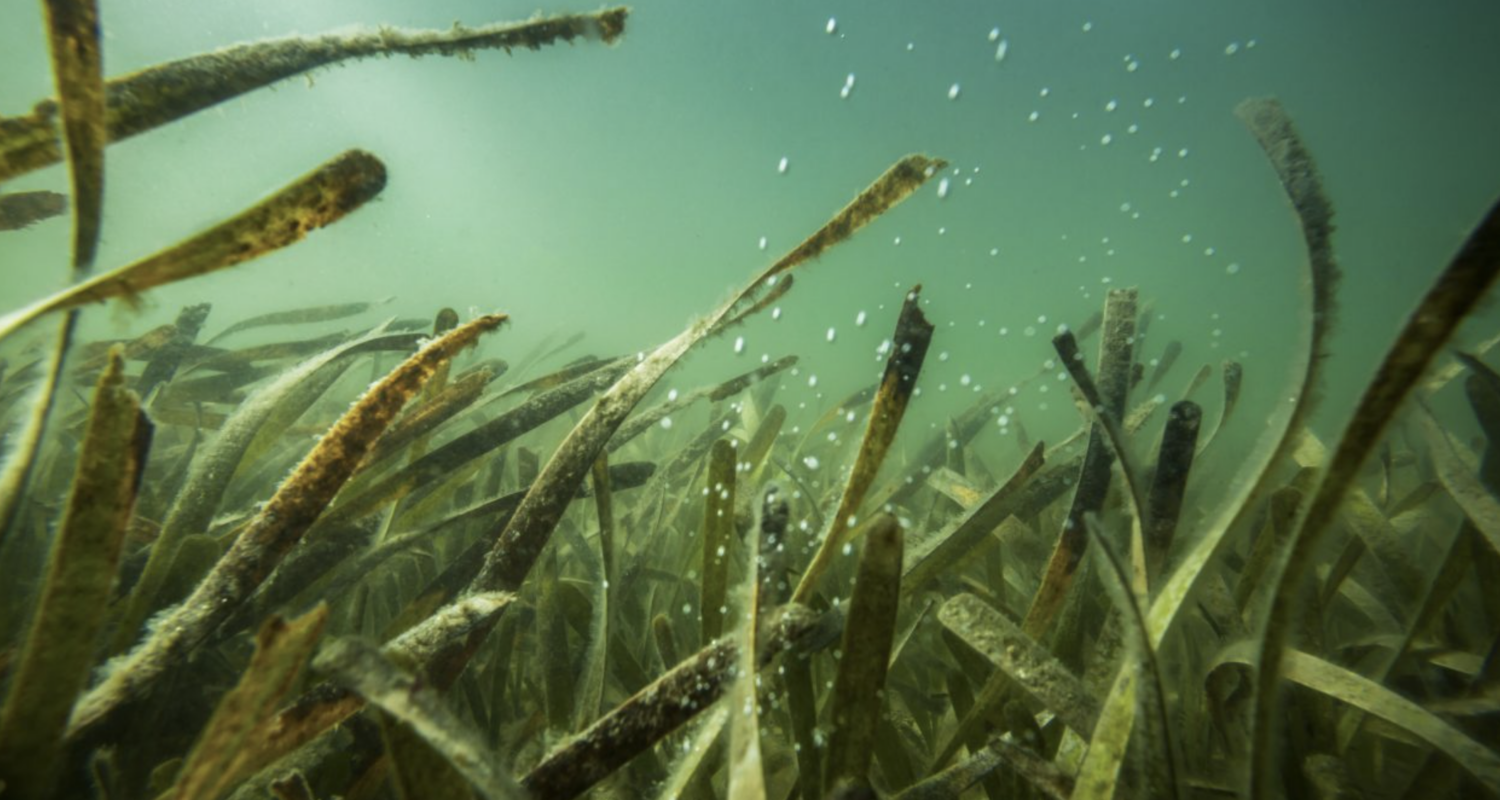 Are Diseases in Ocean Ecosystems Increasing?

Therefore, Dr. Ward and Dr. Lafferty developed a proxy to evaluate a prediction of the increasing disease hypothesis: the proportion of scientific publications reporting disease increased in recent decades. To today’s knowledge, this represents the first quantitative use of normalized trends in the literature to investigate an ecological hypothesis.

Their team searched a literature database for reports of parasites and disease (hereafter “disease”) in 9 marine taxonomic groups from 1970 to 2001. Reports, normalized for research effort, increased in mammals, turtles, corals, molluscs, and urchins. It was fascinating that their study found no significant trends detected for seagrasses, decapods, or sharks/rays (though disease occurred in these groups). Counter to the prediction, disease reports in fishes actually decreased.

Formulating effective resource management policy requires understanding the basis and timing of marine disease events. For instance, the reason behind disease outbreaks increased in some groups but not in others should be a priority for future investigation. The increase in several groups lends urgency to understanding disease dynamics, particularly since few viable options currently exist to mitigate disease in the oceans.

The largest confounding factor their team found when using literature searches to correlate disease events with time is temporal change in the total number of publications (related to disease or not) on the taxonomic group. To control for changes in total publication, they normalized their data using a yearly proportion of disease reports from natural populations relative to total literature inputs for each taxonomic group. 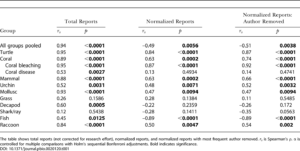 Dr. Ward and Dr. Lafferty address an ecological hypothesis, that disease of marine organisms increased since 1970, using a quantitative literature proxy method. Although total reports of marine disease increased over time, a parallel increase in publication rates confounds interpretation of this pattern. Their approach normalizes data to overall publication within each group to circumvent this problem.

The relevance of their approach

The relevance of their approach hinges on the assumption that an actual change in disease over time is accompanied by a corresponding change in publication frequency by scientists. We evaluated this assumption by testing the protocols with a case in which the baseline was known (raccoon rabies [Rupprecht and Smith 1994]). Normalized reports of raccoon rabies increased since 1970 (see Table 1) just as the disease increased from an index case in Virginia in 1977 to an epizootic affecting eight mid-Atlantic states and the District of Columbia by 1992 (Rupprecht and Smith 1994). Despite improvements in search protocols, use of a literature proxy is limited by the inability to distinguish between an event that did not occur and an event that was not reported.

New or increasing stressors, such as global warming, could increase disease if stressed hosts are more susceptible to infection. Elevated sea surface temperature due to El Niño events is a common explanation for coral bleaching (Williams and Bunkley-Williams 1990; Hoegh-Guldberg 1999) and may increase coral susceptibility to disease (Harvell et al. 2001). Increases in turtle and mollusc disease also appear temperature-related. Green turtle fibropapilloma tumors are hypothesized to grow rapidly in summer and reach a debilitating size by winter, when cold water temperatures further stress turtles, resulting in winter strandings (Herbst 1994). The geographic range of the oyster parasite Perkinsus marinus extended 500 km north owing to an increase in average winter low temperatures (Ford 1996). Pollution is another ubiquitous and increasing stressor. Bioaccumulation of lipophilic toxins in marine mammals affects the immune system and increases susceptibility to disease (Lafferty and Gerber 2002).

Dr. Ward and Dr. Lafferty examined temporal trends in disease reports since 1970 to identify groups experiencing increased outbreaks. The strong pattern of increased reports in groups such as turtles, mammals, and urchins reflects perceived changes noted by scientists (Harvell et al. 1999). Trends in other groups, such as seagrasses and fishes, suggest that an increase in disease did not occur across all taxa. Although this proxy approach does not directly test hypotheses of temporal changes in disease, a strong signal likely reflects an underlying pattern in nature. In the absence of baseline data, this is a useful approach for detecting quantitative trends in disease occurrence. Understanding disease dynamics, including trends in disease occurrence, is fundamental to conserve ecosystems faced with rising anthropogenic stresses.