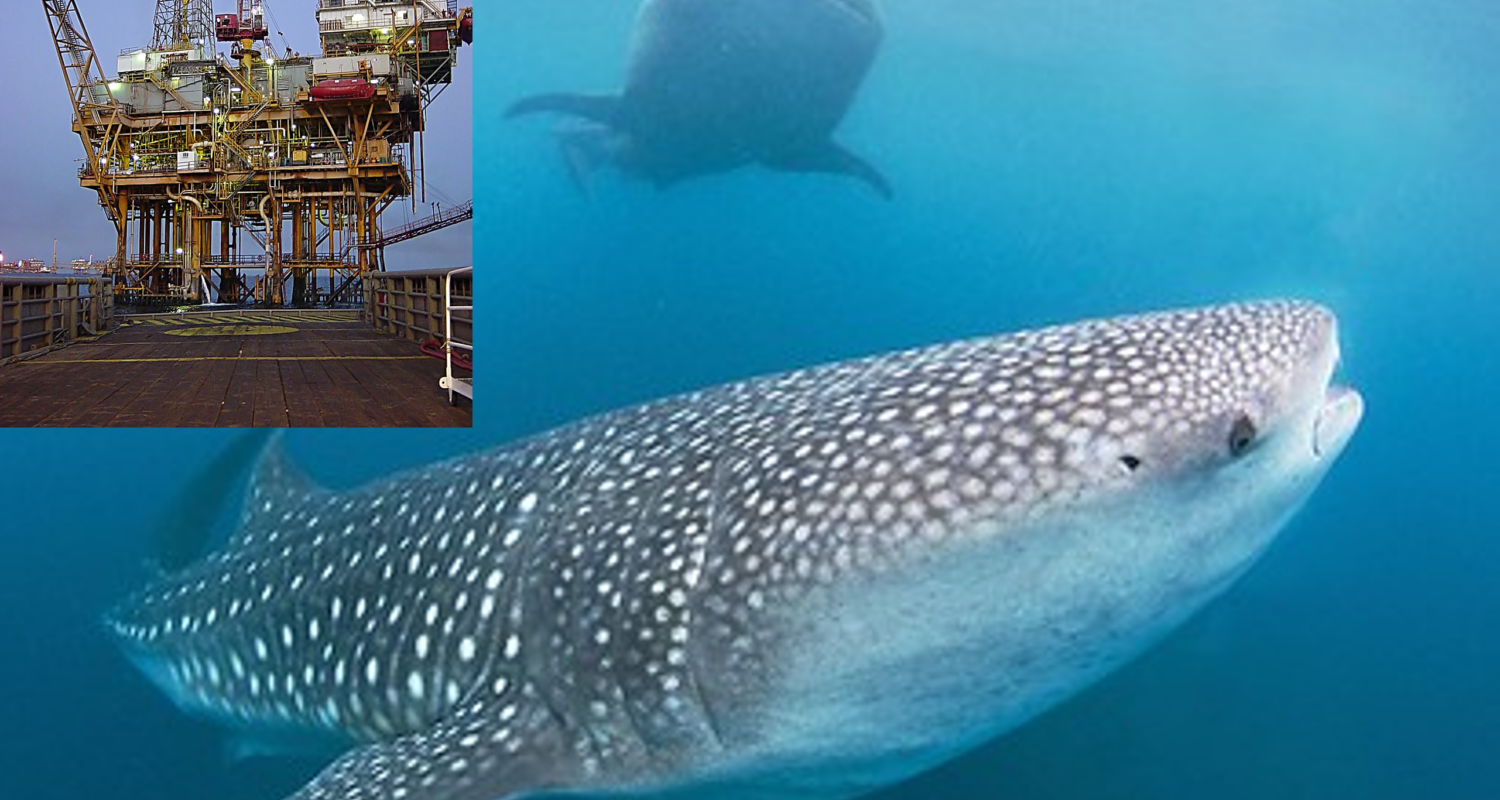 Subsea structures from the oil and gas industry such as pipelines, platforms, and rigs such as Figure 1 have grown like mushrooms worldwide, proliferating along continents and in the deeper oceans. Like any man-made structures submerged under water, these particular structures represent ideal candidates for colonization and settlement of small organisms that can either swim or remain stationary. These smaller organisms act as food sources for bigger ones, such as various fish species and larger animals. Although there are always concerns with oil and gas platforms posing environmental threats, these structures have garnered attention worldwide due to their role as artificial reefs, providing additional habitats that have increased local fish abundance. In addition to important fish species, studies have indicated that marine megafauna such as sea lions, turtles, sharks, manta rays, dolphins, porpoises, and whales have also been sighted around oil and gas structures.

However, few studies have looked at how such large megafauna use these artificial habitats. Such studies would help inform conservation and management efforts for endangered species such as whale sharks, pictured in Figure 2. Therefore, in this regard, this very cool research uses a tool called acoustic telemetry around the oil and gas structures of Australia’s North West Shelf (NWS), to track the movement of megafauna around those structures and understand how they use these artificial habitats.

What is acoustic telemetry and how is it used to detect marine megafauna?

Many marine animals are constantly moving, migrating large distances, or often inhabiting deep waters. So how do we observe them and more importantly, protect them? Here is where acoustic telemetry comes in handy! Acoustic telemetry is a widely recognized tool used by researchers to collect information, such as migration patterns and habitat use, about marine species. Acoustic simply refers to the use of sound to relay information. Telemetry is the collection of these sound measurements from a given distance and their transmission to receiving equipments. Acoustic telemetry consists of two main components: transmitters and receivers pictured in Figure 3. Transmitters are electronic tags, surgically implanted or attached to a species of interest, that emit unique sound pulses or ‘pings’ into the surrounding water. These sound pulses are

detected by underwater tracking stations called receivers, which are small, data-logging instruments anchored at sites of importance or along migratory pathways. As tagged animals swim by the receivers, their behavior is revealed.

Here, the researchers deployed receivers on one pipeline and four oil platforms located in Australia’s NWS. This region houses one of the largest oil and gas producing area where studies have indicated the presence of whale sharks and other megafauna. The NWS is located to the north of the World Heritage-listed Ningaloo Reef Marine Park (Figure 4), which has been the focus of various research programs studying the movement patterns of marine megafauna, including humpback whales, manta rays and whale sharks. A total of 40 acoustic transmitters were attached to whale sharks at Ningaloo Reef and programmed to transmit their unique sound pulses every two minutes. These pulses are logged by the receivers whenever the whale sharks swam within 200-800 m of the receivers. The receivers were deployed over a period of 90 days in 2017 and 2018.

The whale sharks showed up!

Two tagged whale sharks, shark 19499 and shark 19503, from Ningaloo Reef were detected at two of the four platforms. They were named after the unique code found on their transmitter. Shark 19499 was detected 15 times at the North Rankin A (NRA) platform over the 90-day deployment period between October 2018 and January 2019. This shark had previously been tagged in 2016 but since then, it had not been detected in over one and a half years until the ‘ping’ was heard at the NRA platform on 22 October 2018! How exciting! All detections occurred during the day, with the most detections happening in the middle of December 2018. Shark 19503, also tagged in 2016, was detected between 130 and 580 times each day at the Pluto platform over the 24-day deployment period between June and July 2018. Shark 19503 had gone MIA (missing in action) for two years until it was finally detected on 16 June 2018! Double excitement! Compared to shark 19499, shark 19503 was detected 4894 times and ~60% of the time during the day and ~40% of the time at night.

What do these ex-sighting results mean?

First, these results showed that despite both sharks having identical acoustic tags attached in the same position and with identical ping frequency, their detection patterns were different. The whale shark detected at the Pluto platform was observed continuously every day, suggesting that it very much liked the platform and its surroundings while the whale shark detected at the NRA platform seemed to not like that platform as much, as supported by the low detection. However, caution should be taken in making such assumptions. The infrequent detections were insufficient in determining if they were a result of the shark’s behavior around the platform or if other factors such as seasonal influences affected the detection performance of the receivers.

Studies have reported that fish communities in surface waters around platforms with artificial lights were more abundant during daylight hours and decreased at night, likely utilizing them as shelter during the day and avoiding predation at night when the lights are on. Similarly, both sharks detected around the platforms were mostly present during the day and moved away from the receivers at night, suggesting they may be undertaking similar movements, seeking refuge during the day, and migrating away at night.

Altogether, this study showed that acoustic receivers around oil and gas platforms led to the detection and identification of two endangered whale sharks, which had not been detected in almost 2 years. Although each shark showed a different behaviour towards the platforms, this research highlighted the importance and value of acoustic telemetry as a tool to understand habitat use of oil and gas structures by megafauna. Worldwide, the offshore oil and gas industry is estimated to be supported by over 12,000 platforms and around 180,000 km of pipelines, which is equivalent to 40 times the distance between the east coast and west coast of the United States! Combining that much infrastructure with acoustic telemetry, as shown in this study, could vastly increase our ability to track and understand the movement and behaviour of megafauna, especially in ecologically important areas or even areas that are remote and difficult to access. Having a dedicated receiver deployment program around oil and gas structures worldwide would greatly assist researchers and scientists in understanding movement patterns of species, especially threatened or endangered ones, and how they use such infrastructures. 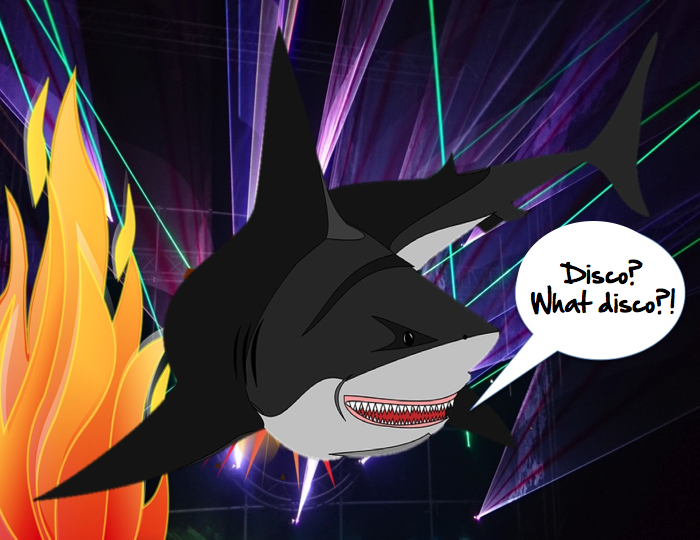