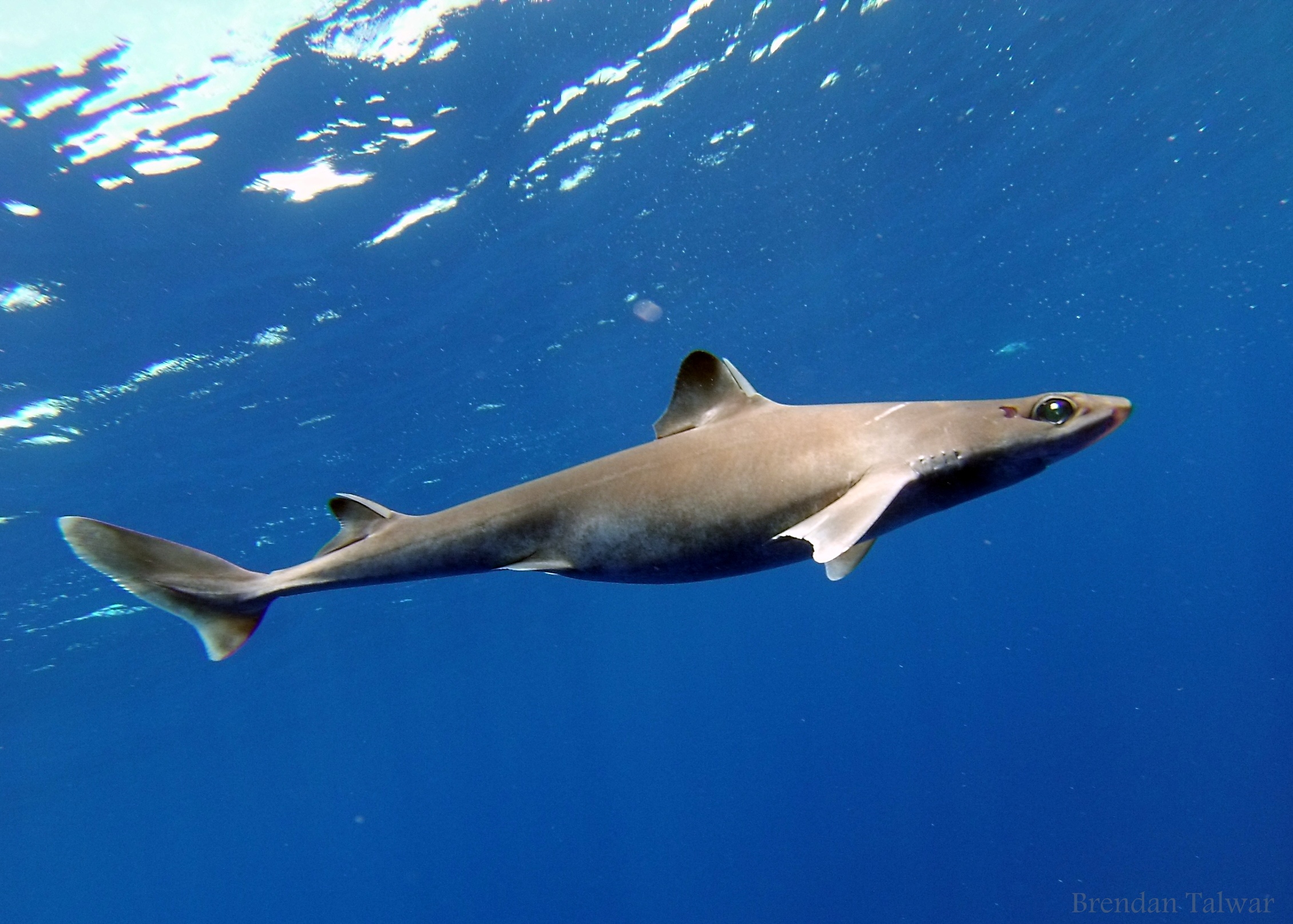 The deep-sea makes up approximately 98% of our planet’s oceans, however, we know more about the surface of Mars than animals living in the abyss. This huge data gap means that it is hard to grasp or protect against any activities that may be harming the animals that live there. Over the last century, deep-sea ecosystems have come under considerable threat from large-scale human exploitation. Commercial fishing, mining, and oil extraction comprise only a handful of activities that have negatively affected deep-sea populations, many of which face a bleak future unless preventive measures and management attempts can be constructed.

Deep-sea sharks comprise almost 50% of all Chondrichthyans (sharks, skates, rays, and chimaeras), but are some of the most poorly understood animals on the planet. Deep-sea sharks are particularly sensitive to human exploitation, as extremely slow growth rates and the fact that many species have a low number of young, limits their populations from quickly bouncing back from large-scale disturbances.

Over the last century, exhaustion of coastal fish populations has driven fishing further offshore to target deeper waters. As many fishing techniques are highly indiscriminate, catches are often comprised of a large proportion of unwanted catch (termed ‘bycatch’). The process of bycatch can result in high mortality rates for many species, due to physical trauma, air exposure on deck, and rapid pressure and temperature changes as animals are brought to the surface. However, bycatch can be reduced by examining movement patterns of vulnerable animals throughout the water column. This information can then be directly applied to management by preventing fishing at certain depths or at certain periods of the day. Acquiring vertical movement data for deep-sea animals, however, comes with serious challenges, as many species are unable to cope with being captured, or may be eaten by larger predators during their return to depth.

In 2016, scientists from the Cape Eleuthera Institute and Microwave Telemetry Inc. devised a new field approach to examine the movement patterns of a poorly studied, small-bodied deep-sea shark, the Cuban dogfish (Squalus cubensis). Cuban dogfish are bycaught by many trawl fisheries in the Gulf of Mexico, and so information on their depth and temperature preference may help fishermen avoid heavy fishing at the depths occupied by this species.

Shipley and colleagues used scientific longlines to capture Cuban dogfish residing within a deep-sea inlet in the Bahamas, The Exuma Sound. Once captured, adult animals were equipped with high resolution satellite archival tags, which record water depth and temperature every 2 minutes, for up to 14 days. After this period, the tag releases from the animal and transmits the data through a satellite, which is then downloaded by the scientists. To prevent individuals from being eaten by predators during their return to depth, the group enlisted the help of high school students at the Cape Eleuthera Island School, who designed a novel release cage and filmed the release of each animal.

Individuals were found to move between depths and temperatures of 303 m – 904 m (994 ft – 2966 ft), and 5.8°C – 18.6°C (42.4°F – 65.5°F), respectively. Animals were also found to exhibit regular movements throughout the water column, hanging out in shallower water during night time and deeper water throughout the day, following their favorite food items up and down the water column. Further, no animals were observed to be eaten by predators during their return to depth.

Tying it all Together

What do these results mean for the fate of Cuban dogfish, and deep-sea sharks more generally? Firstly, the depth and temperatures that Cuban dogfish prefer can be predicted by time of day, which is useful for fisheries managers aiming to reduce bycatch of this vulnerable species. Secondly, the development of the release cage mechanism prevented individuals from being eaten by predators during their return to depth; this holds great promise for application in future studies on vulnerable deep-sea animals. There appears hope for deep-sea sharks, but further information on a broader range of species will aid in efficiently conserving this vulnerable group.

I am a second year PhD student at Stony Brook University, New York. I received my B.Sc. and M.Sc. from Newcastle University, UK, in Marine Biology and International Marine Environmental Consultancy. My current research focuses on the use of marine tracers (stable isotopes and contaminants) and biotelemetry devices to discern trophic behaviors of marine predators, across broad spatial scales. My passion for outreach stemmed from working at the Cape Eleuthera Institute, a remote field station in The Bahamas, where I taught four semesters of elasmobranch-focused research class to high school students. 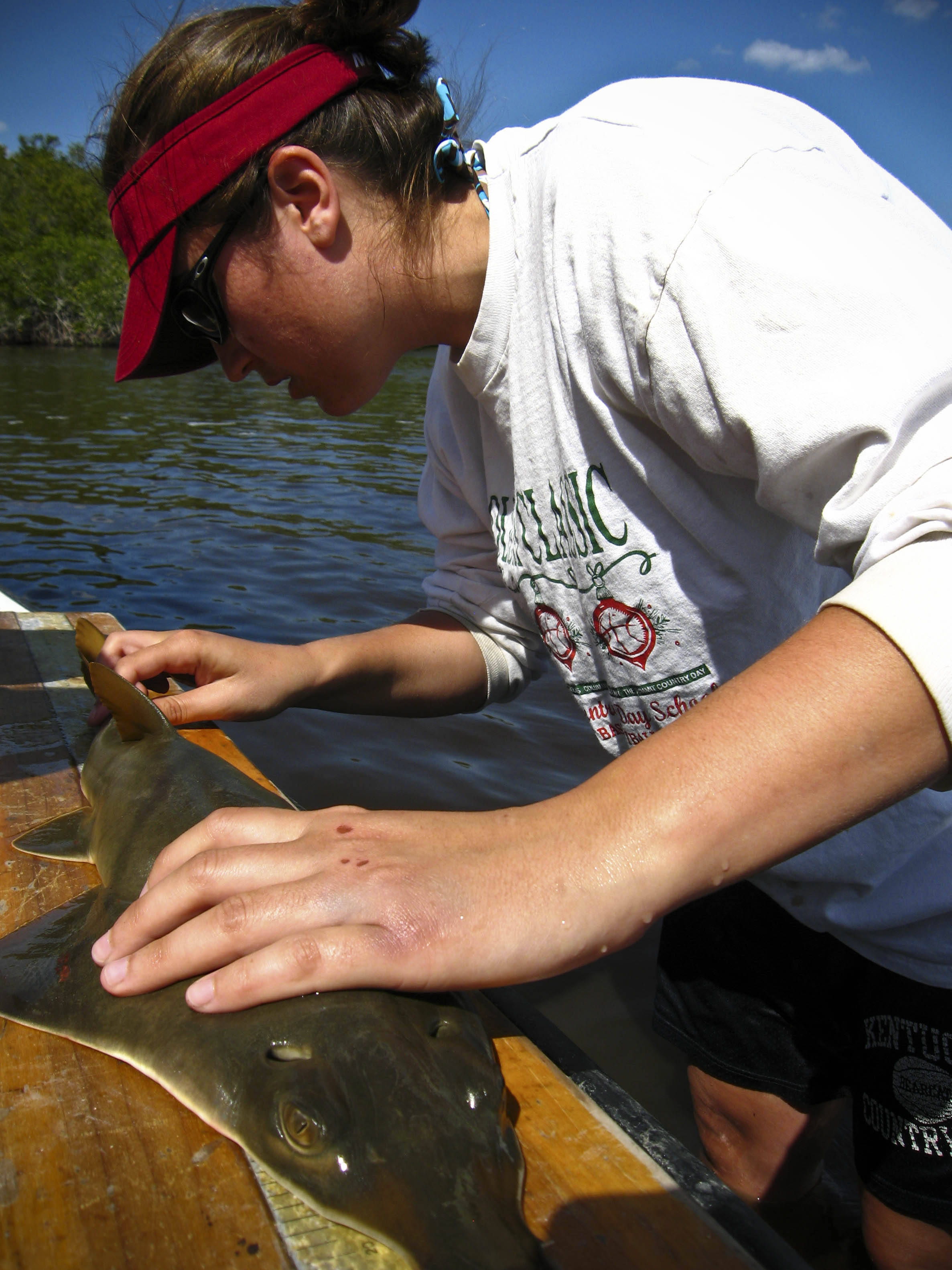