The ocean is a vast environment covering 70% of the Earth’s surface. We know with climate change that the ocean is changing as well, but how much? By comparing recorded ocean temperature and seawater chemistry across the global ocean, U.S. university and government scientists characterized different ocean ‘climates.’ These ‘climates’ are like those on land when we think about the difference between a tropical rainforest (where there’s a lot of sunlight and high temperatures) versus an Arctic tundra (with limited light and extreme cold). By comparing changes in temperature and seawater chemistry conditions over time, the scientific team aimed to show whether current ocean climates were disappearing, and whether new climates were emerging.

But how can a disappearing climate be measured? To measure this disappearance, average temperature and seawater chemistry values over the last 40 years were compared to values in the 1800s and to projected conditions in 2100. Since the ocean is very large, and it is impossible to measure everywhere, the scientists utilized an Earth System Model. This model enables them to estimate, with high certainty, the past, current, and future temperatures and seawater chemistry values for the global ocean.

The scientists found that when comparing past (1800s) and current (2000s) ocean conditions, all current ocean environments were relatively similar to those in the 1800s. This stability has allowed marine species enough time to adapt and track shifting temperature and seawater chemistry through migration to find similar ocean environments, rather than go extinct. This movement can be seen in many regions of the world’s oceans where marine animals that once lived at lower latitudes have moved to higher latitudes where the water is cooler. For example, abundance of the Antarctic Krill, the primary food source for the penguins, seals, and whales in the Southern Ocean, has been contracting to higher-latitude, colder waters near the Antarctic continent as subpolar waters warm beyond their thermal limits.

While these adaptive behaviors aid in sustaining marine species, there’s only so far that animals can migrate until they reach their temperature tolerance, or, instead, run out of food. The scientist found that when comparing current (2000s) and future (2100) ocean conditions, most of the surface ocean climates are predicted to look different in 2100 than anything observed today. In addition, the study found that at least 1/3 of current ocean climates will disappear, meaning that some of the ocean conditions that we observe today will no longer be present in 2100. Importantly, the scientists also discovered that these changes in ocean climates are predicted to be larger than for terrestrial systems on land.

As the Earth moves towards 2100, many marine species will face rapidly disappearing and new ocean climates that they cannot outpace by migration and may require evolutionary adaptation to survive. Therefore, it is important that we continue to understand and study the potential of marine life to adapt as ocean climates continue to disappear. 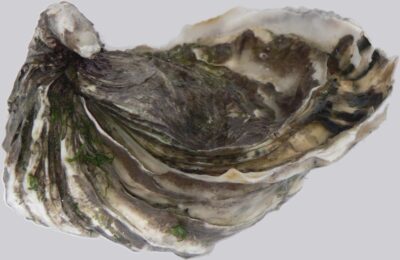