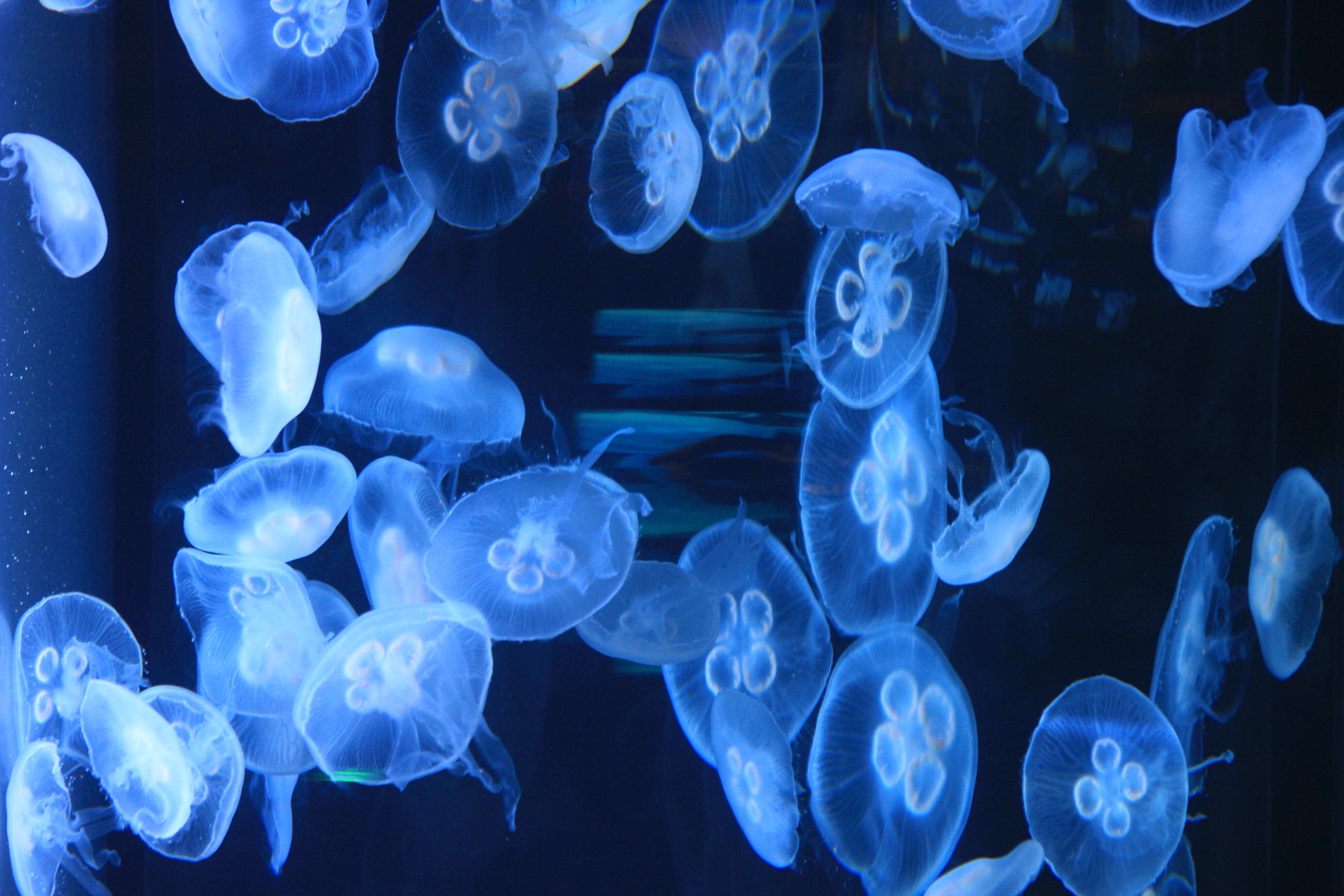 Reference: Polyps of the Jellyfish Aurelia aurita are unaffected by chronic exposure to a combination of pesticides.

Pesticides are a common product used to control pests. They can be targeted to control pest plants (herbicides), insects (insecticides), or fungi (fungicides). It’s estimated that the United States applies one billion tons of pesticides annually. Pesticides as a group have made it possible to produce food without worrying about crops being destroyed or damaged by other organisms, however, there can be unintended effects of pesticide use.

Target organisms (or the animal or plant the pesticide is designed to affect) are often not the only organism impacted; nontarget organisms are often affected too. Pesticides can attack biological pathways that are similar across many plant and animal species. Pesticides can also seep into groundwater or wash into freshwater or marine waterways, affecting aquatic species.

One common model species often used to investigate how anthropogenic (human-caused) stressors affect marine species is the moon jellyfish, Aurelia aurita. Many scientists believe that these jellyfish are less affected by stressors, both anthropogenic and natural. While they are native to coastal waters around the world they are also highly invasive, most likely due to their ability to tolerate a variety of stressors. But the moon jellyfish has also been shown to be sensitive to pollutants like crude oil, other chemicals, and heavy metals, so they may be affected by pesticides as well.

Jellyfish have two different life stages: a polyp stage, which is attached by a stalk to the bottom of the ocean and reproduces asexually by budding, and a medusa stage, or what most people think about when they picture a jellyfish. The polyp stage of jellyfish may be more susceptible to contaminants, since it’s attached to the bottom and can’t swim away. If pesticides wash into the water and end up near the seafloor, these polyps can be directly exposed. Therefore, this study looked at whether or not jellyfish polyps were affected by exposure to a few different types of pesticide.

Several previous experiments have looked at how pesticides affect jellyfish. However, these studies used only a single pesticide at very high concentrations, for a short period of time (5-7 days), or what’s called an acute exposure. While this is valuable, it’s more likely that jellyfish in the oceans are exposed to very low levels of multiple different types of pesticides, for an extended period of time- what’s known as a chronic exposure.

Scientists at Griffith University in Australia therefore exposed moon jellyfish polyps to either atrazine, a common herbicide, chlorpyrifos, a common insecticide, or both. They attached polyps to small petri dishes and immersed the petri dishes in glass beakers filled with seawater and a known concentration of pesticide. They used low concentrations (0.04 micrograms per liter for chlorpyrifos and 2.5 micrograms per liter for atrazine) that fell below the Australian water quality guidelines. The researchers then examined whether exposures killed any of the polyps, the number of asexual buds each polyp produced, and the composition of polar metabolites- things like amino acids, nucleic acids, and sugars, that play a role in important biological pathways.

Results: where do we go from here?

At the end of the experiment, surprisingly, all polyps had survived and there was no difference in the number of asexual buds between treatments. There was also no difference in the polar metabolites, indicating that these pesticides didn’t affect important biological processes.

According to the researchers, it’s possible that the pesticides didn’t affect moon jellyfish polyps because jellyfish are neither plants nor insects- and therefore not the target for the herbicide atrazine or the insecticide chlorpyrifos. It’s possible then that moon jellies could be affected by other pesticides that work differently, or that they’re just a particularly hardy species that can tolerate many stressors.

However, not all jellyfish species are moon jellies. Just because moon jellyfish seem to be resilient to these pesticides doesn’t mean all jellyfish are. The researchers emphasize that there is a need to understand how the full range of pesticides that can get into the world’s oceans affect many different species of jellyfish, not just one. With about 5.6 billion tons of pesticides used globally each year (1 billion tons of that coming from the U.S alone), there is a definite need to investigate how these contaminants may be affecting not just wildlife, but human health as well.