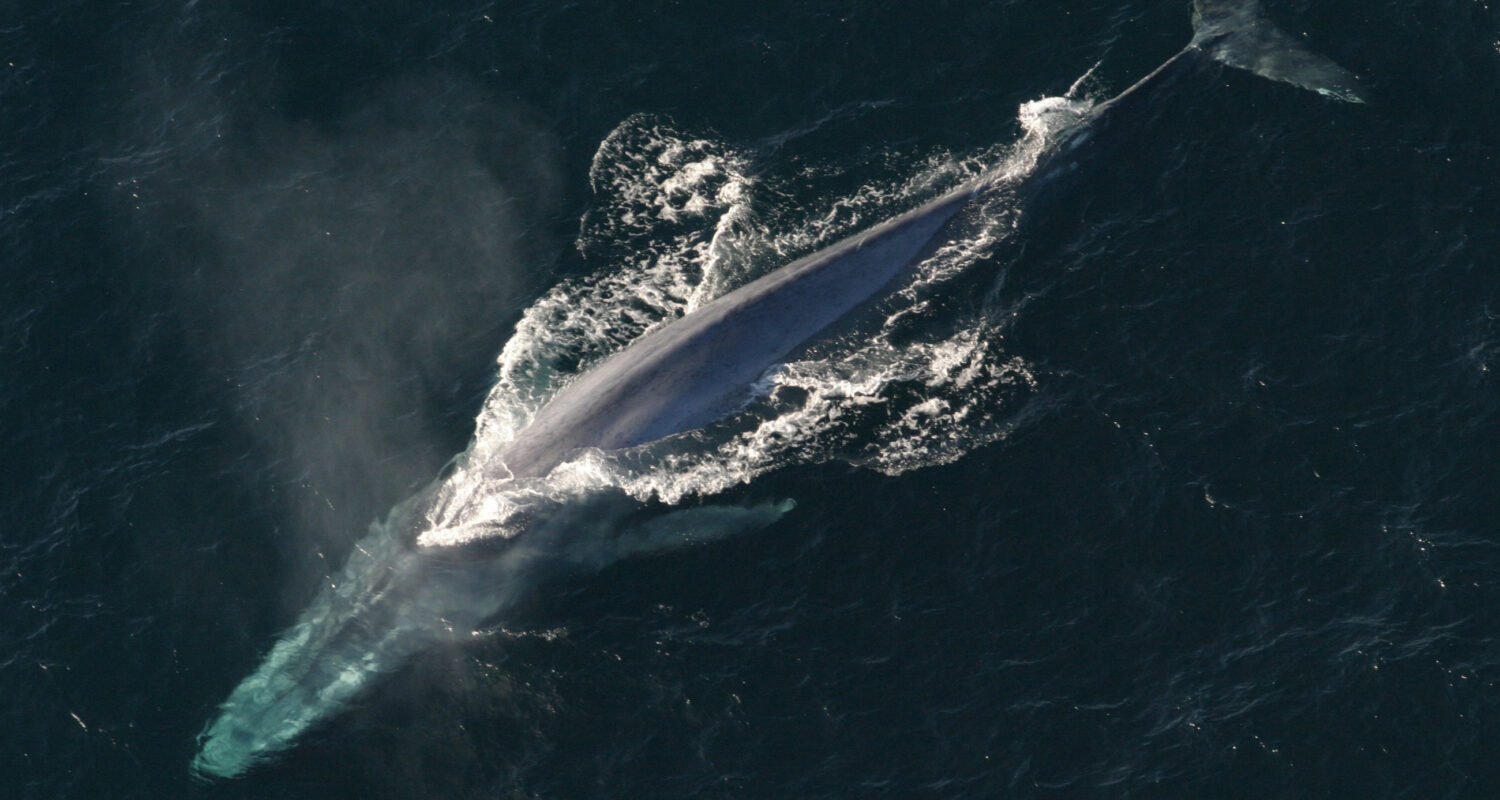 The largest animals on our planet sustain themselves by eating some of the tiniest: baleen whales, which can grow to over 30 meters (98ft – or about the length of three school buses), feed predominately on krill that are only a few centimeters long (roughly the size of a paper clip).

Baleen whales need to eat a lot of their small prey. In doing so, they influence the entire ecosystem. After feeding at depths well below the surface (around 100 meters deep), whales will return to surface waters and defecate. This nutrient recycling fertilizes surface waters for krill, which are an integral part of the marine food web. New research suggests that whales consume up to 3 times more food than previously estimated, prompting scientists to reevaluate how baleen whales impact their environment and what that means in the face of a shifting climate.

How much does a whale eat?

Researchers led by Dr. Matthew S. Savoca at Stanford University’s Hopkins Marine Station used novel technologies to gather new information on whale feeding. Because scientists cannot watch baleen whales feed in the wild or monitor these massive marine mammals in captivity, we have struggled to gage just how much nutrients they consume and recycle into the environment. Over the past century, scientists have relied on relatively poor proxies to estimate baleen whale feeding rates – like models derived from our understanding of other marine mammals or estimates based on the amount of prey found in the stomachs of dead whales.

To get a clearer picture of whale-feeding behaviors, Dr. Savoca and his team attached acoustic tags to over 300 different whales (from 7 different species). This allowed the scientists to record whale movement to see how often whales fed and how long feeding bouts lasted. Some of the tags were even equipped with cameras, allowing scientists to confirm the types of prey whales were eating. The scientists then used drones to measure the size of whales and estimate how much water and food they could filter at a time.

The researchers also used acoustic technology to measure how much prey was in an area: they would send pulses of sound into the water column, which bounce off the hard shells of krill and return to the acoustic receiver. Much like how a bat uses echolocation, the scientists used acoustic pulses to paint a picture of the size of prey patches in an area.

Combining these methods, the team was able to determine more accurately how much prey whales consumed each day and how much nutrients they recycled back into the environment. The researchers concluded that the blue whale – the largest of the baleen whales – eats 16 tonnes of krill a day. That is roughly equivalent to the weight of one school bus full of passengers and has the caloric load of eating 70 – 80 thousand Big Macs a day!

The crippling impact of industrial whaling

Between 1910 – 1970, industrial whaling decimated whale populations. In the Southern Ocean alone, an estimated 75% of the baleen whales were killed by whalers. The large whales that consume most of the krill in the area were hardest hit by whaling endeavors – blue whale feeding rates dropped by 99.6% in response to the dramatic population decline from 1900 – 2000.

Instead, the opposite happened: Krill populations in the Southern Ocean declined dramatically! Over the past century the populations of other krill-eating species like seabirds, fish, and other marine mammals have either stayed stable or declined. Paradoxically, it seemed that when their whale predators disappeared, so did the krill.

Based on the new, increased feeding rates from their research, the scientists suggest that while the baleen whales were consuming large amounts of krill, they were also fueling their growth. By consuming krill and recycling nutrients, the baleen whales likely fueled phytoplankton blooms that the krill populations feed on. Fewer whales actually meant less fertilizer, and ultimately an overall less productive ecosystem.

As many whale populations are slowly rebounding, we may begin to see ecosystem-wide benefits. While industrial whaling no longer poses the same threat as in the 1900s, whales are still at risk from other man-made factors like ship strikes, pollution, and entanglement in fishing gear. The research suggests that by aiding baleen whale recovery, we may increase krill populations that support whales and commercially harvested fish species.