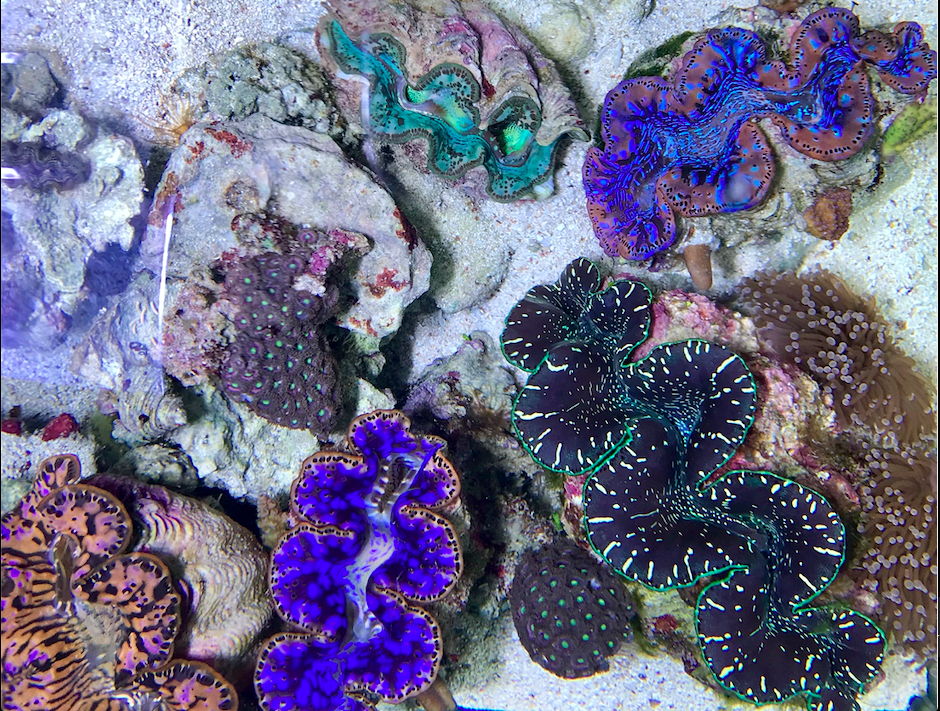 Microplastics are found all throughout our oceans. But in the Red Sea, there are a lot less. Find out how giant clams could be a culprit for getting rid of small plastics.

We use plastics everyday, from disposable water bottles to plastic grocery bags. Often these end up in landfills but they can also make their way into our oceans. As larger plastic items degrade and break into many particles, they produce microplastics. These tiny plastic particles seem to be taking over our oceans. With plastics ranging in the form of ghost nets to microbeads floating around in our oceans, we search for ways to remove them. Could a large floating beam sweep up the entire Pacific Garbage Patch? Will divers collect plastics from remote islands? Perhaps a much smaller plastic collector is already at work. Arossa’s team (King Abdullah University of Science and Technology) was the first to describe plastic removal by giant clams.

Although a pervasive problem for the oceans, not all bodies of water appear to have the same levels of these pesky plastics. In the Red Sea, for example, there are much lower concentrations of microplastics than neighboring bodies of water. Could it be that organisms in the Red Sea are removing the plastics? Arossa’s team thinks that certain organisms like giant clams serve as plastic “sinks”, accounting for the lower levels of microplastics observed in the water .

What makes a clam such a strong candidate for plastic removal? If you think about it, clams and other bivalves are sort of like the vacuums of the sea. As filter feeders, they siphon in tiny particles of food—typically plankton—and begin to digest them. Anything they don’t consume is then expelled back through the siphon.

Often, microplastics resemble tasty plankton, both in size and color. This is why Arossa’s team believes that clams are eating harmful microplastics. To test this, they put clams from the Red Sea in seawater with varying concentrations of microplastics. After 12 days they found that the clams did, in fact, actively digest some of the plastics. But only a small percentage of the missing microplastics were actually found in the clams’ digestive tract. So where were the lost microplastics?

Through digestion and passive attachment, giant clams in the Red Sea are removing microplastics from the water column. With high rates of calcification, the team even thinks that the plastics will be encrusted into their elaborate shells. But are clams actually a microplastic sink? Perhaps only temporarily. Further studies must be conducted to determine if the plastics are released back into the ocean when the plastic-filled clams die. But the fact that clams are ingesting plastics remains. And it all comes down to our disposal of plastics. If you don’t want microbeads in your clam chowder, take action to reduce your use of plastics.