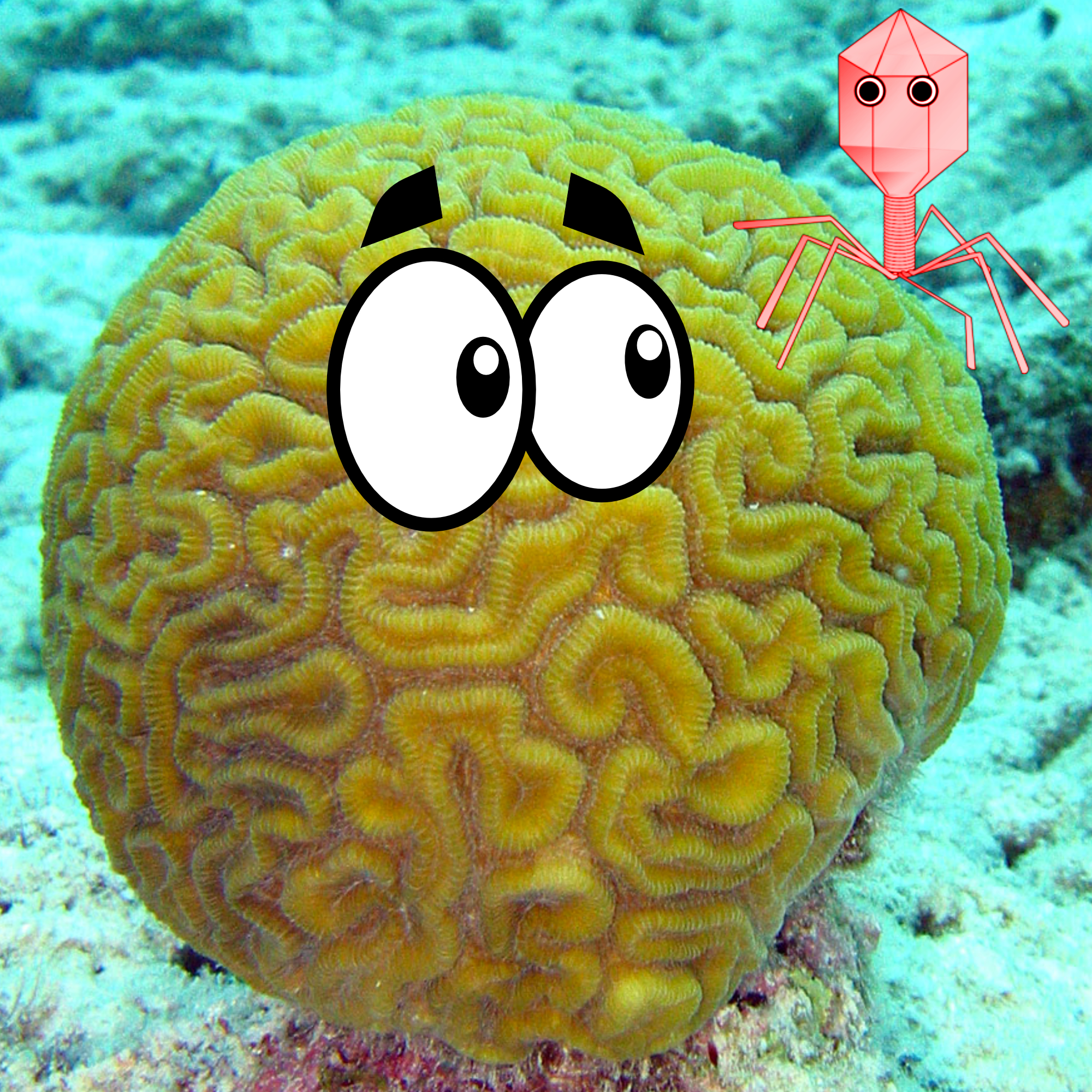 Coral reefs are beautiful ecosystems which host about 25% of marine diversity in their relatively small domains. In additional to the hard and soft corals that reefs are named for, fish, sponges, macroalgae (i.e. visible photosynthetic organisms), and bacteria are also ubiquitous in these ecosystems. Recently though, we discovered that viruses are important parts of coral reefs.

When you hear virus do you immediately think of getting sick? The viruses we know the most about are pathogenic, meaning harmful to our health. But in coral reefs, and the environment in general, it’s not as clear when viruses are good or bad, or often they’re both! Either way, viruses are abundant and diverse in coral systems, with more than 60 different families of viruses found in the coral viromes. They outnumber bacteria about ten to one in the surrounding seawater, and bacteria are already very abundant in these systems, with often a million of bacteria in a milliliter of water. This means there are a lot of viruses. These viruses infect bacteria, algae, and the corals themselves.

How do these different components – coral, algae, bacteria, viruses – interact in the healthy coral reefs? Coral reef water usually have low nutrients concentrations, but corals thrive through bacteria and algae symbionts making sugars through photosynthesis, then feeding the corals. The symbionts also make nitrogen, a key element for life, available to the corals to use and can prevent pathogenic bacteria and viruses from infecting the corals. Viruses play a role in this by infecting the bacteria and algae, and helping them by giving them new genes, like ones for photosynthesis or carbon acquisition. The viruses don’t necessarily want to kill the bacteria. Rather, they often do something called ‘Piggyback the winner’, where the viruses help their hosts thrive, and the viruses stay relatively quiet in what’s called a lysogenic stage.

What about in an unhealthy coral reef? Over the past few years, massive bleaching events have destroyed coral reefs. Coral bleaching is when symbiotic algae leave their corals, resulting in a white, nutrient depleted coral. This happens when oceans get too warm or acidic, if oxygen in the seawater gets too depleted, or if bacterial infections sweep through the corals. Where do viruses fit into this?

In unhealthy coral reefs, the changes in environmental and biological conditions can causes increases in viral abundance, including bacteria, algae, and coral infecting viruses. This includes increasing the number of a type of virus that is related to the Herpes virus. Though the exact relationship between these viruses and corals is unknown, it is likely that this type of virus is unhealthy for the corals. Another type of virus becomes more abundant in corals with a disease called ‘white plague’, though it is unknown if the virus is causing the disease or related to other disease agents. In bleached corals, a virus that infects coral symbiotic algae increases as well, which scientists think exacerbates coral bleaching.

These changes and others play into what has been called the ‘viral-mediated vortex of coral reef decline’. Part of this vortex of decline is that viruses kill bacteria and algae, releasing nutrients and making the ecosystem more productive. That may sound like a good thing, but it’s actually bad because it throws the ecosystem out of balance, and leads to coral reef destruction.

There is still a lot to learn about coral reefs, the impact of environmental and climate changes on reefs, and the role of viruses in these systems. In normal conditions, viruses are a part of healthy ecosystem function. In stressful conditions, though, these viruses can be harmful. Monitoring and understanding these ecosystems at all levels – corals, plankton, microbes, and viruses – is crucial to saving them in a changing ocean. 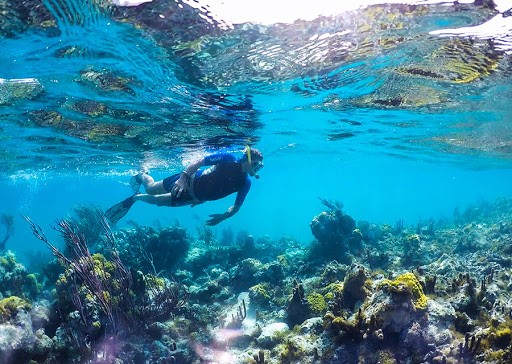 One thought on “Going viral: relationships between coral reef health and viruses”