One of life’s big questions is “Why move?” I don’t mean the half-asleep musing I do when I’m in my pajamas and comfortably settled on the couch late at night. I’m talking about why any animal in the wild would undergo any type of migration. However, in both circumstances the answer is similar: if there were no benefit to movement, no one would do it. I move from that couch because my bed is more comfortable. So why do animals migrate? Potential benefits may include increased availability of food or a diminished risk of predation. A team of scientists decided to look into another possibility: the reduction in exposure to parasites.

Gnathiid isopods (Fig. 1) are small, mobile crustaceans that feed on fish blood and body fluids. They are both the most common external reef fish parasite and the most common organism consumed by cleaner fishes. In a fashion similar to ticks and fleas, gnathiids only spend a portion of their life feeding on their hosts. However, they can negatively impact their host by decreasing hematocrit (volume percentage of red blood cells in the blood), causing tissue damage that can lead to a secondary infection, transmission of blood parasites and viruses, and even death. Gnathiids, especially larger ones, on coral reefs are more active between dusk and dawn, so it follows that fish may leave the area to avoid them when they are active. Previous studies also showed that grunts and snappers were the most susceptible to these parasites.

Dr. Paul Sikkel and a team of researchers chose to study the French grunt (Haemulon flavolineatum) (Fig. 2), a tropical reef fish in the Atlantic that makes a daily migration of 50-300 meters. They leave the reef at dusk, spend the night in seagrass or sand flat habitats, and then return to the reef at dawn. While it has been proposed that there may be increased food availability or reduced predation risk from nocturnal reef predators, the alternative hypothesis that migrating reduces parasitism risk has not been previously examined. The researchers sought to examine that possibility by testing whether grunts that remain on the reef at night would become more infested with gnathiids than those that leave, and whether the timing of return to the reef matches up with the time when gnathiid activity declines.

They conducted their study during the summers of 2011-2016 in shallow reef-seagrass habitats in the British Virgin Islands, US Virgin Islands, and Puerto Rico. French grunts were captured and deployed in cages in either reef or seagrass habitat at dusk and retrieved before sunrise (before the time at which grunts return to the reef). They tested gnathiid loads in both habitats during the day and at the interface between reef and seagrass habitat. The caged fish were maintained for a few hours to allow the gnathiids to consume their bloodmeal and leave the host. These gnathiids were then collected and counted. Additionally, the researchers determined the time at which grunts return to the reef and deployed caged fish on the reef 30 minutes before that return time and retrieved them at the time of return, then another five deployed at return time and retrieved 30 minutes later, later collecting gnathiids from both sets. They also tested whether gnathiids infest and kill recently settled grunts in a similar way. Let’s just say these scientists didn’t get a lot of sleep.

Their work was well rewarded. They found that the average number of gnathiids infesting fish was five times higher on the reef than in the seagrass (9.98/fish compared to 0.5/fish) (Fig. 3). During the day, grunts in both habitats had similar gnathiid loads, <1 per fish. And gnathiid levels were intermediate between reef and seagrass in the interface habitat (Fig. 3). Grunts on the reef before the return migration time had twice as many gnathiids as those collected after the return time. Regarding juvenile infestation, none of the 26 fish from seagrass had gnathiids, but 11 of 43 from reefs did.

All of this makes it clear that grunts migrating off the reef at night do receive the benefit of reduced parasite loads. They return just after the dawn spike in gnathiid activity, and therefore remain healthier. While gnathiids may not kill these fish, repeated blood loss would be energetically costly. High loads of parasites would be fatal. Other studies have shown that gnathiids that infest grunts and snappers receive fitness benefits in the form of larger offspring.

These scientists conclude that their hypothesis holds true, but do not claim that it is the only reason these grunts migrate. The two other alternatives may hold true as well, which could be an interesting study for other researchers. For example, if grunts are more susceptible due to anatomical or physiological characteristics (scale thickness, quality of blood meal), the selective pressure to move off reef at night to avoid gnathiids would be strong. However, if other factors like food availability or predation risk push them to move off reef at night, they may not have experience selective pressure to develop defenses (like the mucuous cocoons of some parrotfishes—yes, that’s a thing!) against gnathiids making them more susceptible. As usual, this study just adds one more piece to the puzzle, and raises more questions. But now we do know one more reason that animals (at least French grunts) move!

Video: Ripple (All about this research and more! It’s worth the watch!)

Tell Me What You Think: Would you have expected parasites to be so influential? Which way do you think the evolution occurred? 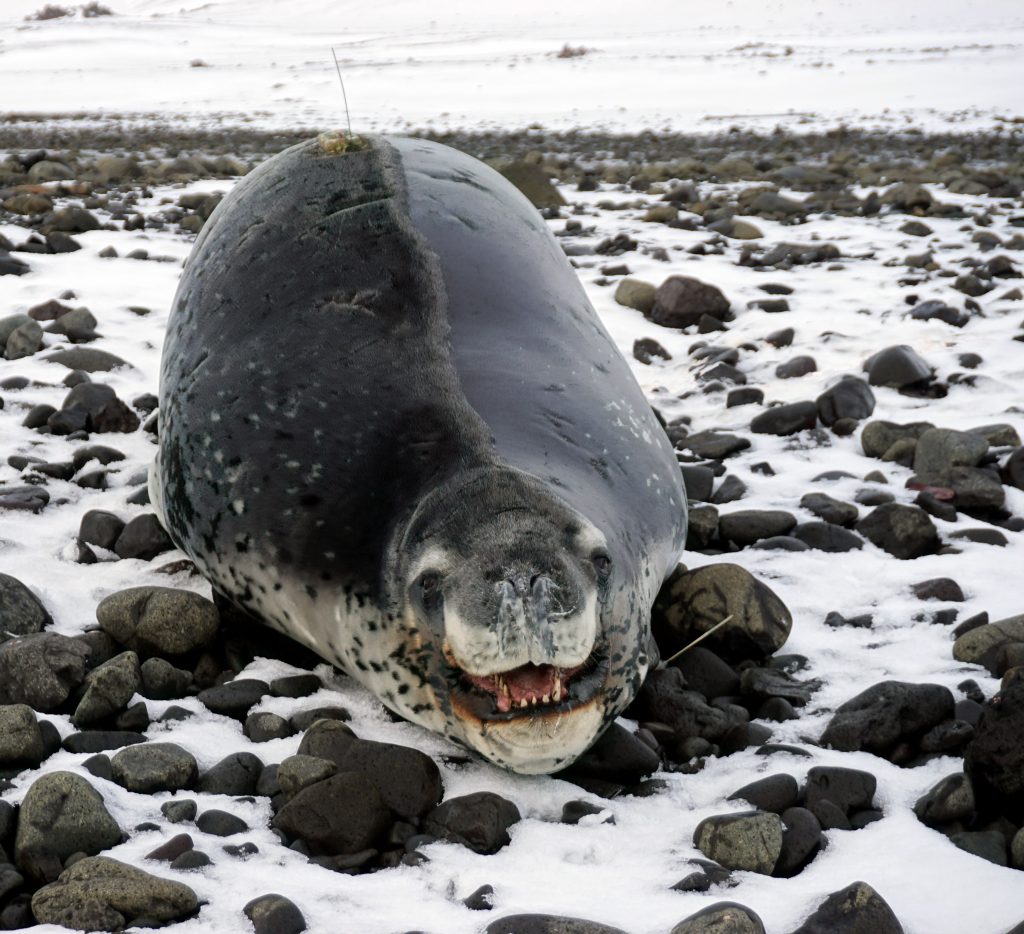