Up or Down. In or Out. Left or Right. Yes or No. Many things in this world appear as dichotomies—either this or that. And while that’s a simple way to view things, it’s not representative of reality. In the world of coral reef community studies, areas are categorized as either “Coral or Algae”. But there are other options. Just as someone isn’t necessarily short or tall, but could be medium height, there are often middle grounds. Or there are alternative classifications or combinations. The study presented here looks at yet another community member of coral reefs, the often-ignored soft corals (otherwise known as octocorals) such as sea fans, sea whips, and sea plumes. While it would be easy to oversimplify this study’s results as presenting a new dichotomy—hard or soft (coral, that is)—it really seeks to better understand the complexity of changing community dynamics on coral reefs and which members play a role.

What It’s All About

It’s widely known that coral reef habitats are declining, with a change from hard coral (aka scleractinian corals) dominated areas to larger macroalgal (or other types of algae) or rubble dominated ecosystems. Many factors have contributed to this decline, including climate change, overfishing, hurricanes, vessel groundings and anchor damage, and sedimentation. While there have been and are studies conducted on the roles of these disturbances in impacting coral communities, a large majority of those studies focus on the change in hard corals and in macroalgae. But, soft corals are very successful on reefs in the tropics and they can create habitats for many organisms within and below their branching canopies. There are benefits to broadening that focus to include other benthic organisms, like soft corals and sponges. There’s the potential to see ecological winners and losers and predict which organisms will dominate the community in the future. And by examining more groups of organisms, it may be possible to detect any unexpected winners (and remove some inherent bias in the process). Therefore, Tsounis and Edmunds set out to assess how disturbances affected the communities of two coral reefs in St. John, USVI.

What the Scientists Did

The scientists analyzed 1600 photoquadrats (collected from 1987 – 2013). The photos had been taken at two sites, which differ in hard coral trends since 1987, with Tektite maintaining similar coral cover at the beginning and end but with Yawzi Point seeing declines from 45% to 6% coral cover. These photos had only been analyzed for coral cover before. They also included crustose coralline algae, macroalgae, algal turf, and bare space in their analyses of various assemblages (focal communities) at each site. To assess disturbances, they examined the influence of physical conditions, such a temperature, rainfall, and hurricane events on the community structure at these two reefs.

What They Found Out

They did indeed discover that focusing on different community members in your analysis changes you results and how you interpret the community’s change. The patterns of change at the two locations also yielded some information about why the communities are structured differently.

At Yawzi Point (where hard corals have declined dramatically) both hard corals and soft corals seems to decline after Hurricane Hugo in 1989. While soft corals recovered within ten years, hard corals did not. The community over time clustered on two sides of a break point occurring in 1995, indicating that is when the community shifted from what is used to be to what it is today. Macroalgae also increased at this site. At Tektite, the hard coral cover changes were less dramatic, but there was a break point in 2005, 10 years later than at Yawzi Point and after a hard coral disease outbreak.

The difference in timing of community breakpoints between the sites is attributable to site-specific features. Tektite was less exposed to the damage of hurricanes since it is located on the leeward side of the island and exists at a greater depth than Yawzi Point. Therefore, Hugo has less of an impact there. In addition, the shallower situation of Yawzi may increase its risk of bleaching since it receives more light and higher temperatures, exacerbating the effects of Hurricane Hugo. In late 2005, Tektite experienced disease that killed lots of the dominant hard corals.

What It All Means

It appears that soft corals may be able to fill the spaces created by hard coral loss. Even where macroalgae does increase in abundance and outcompete hard coral larvae, soft corals are able to quickly grow above the algae, where they reach light and greater water flow. Soft corals may also be more resilient to higher temperatures and disease.

While hurricanes do exert an influence on coral reef community change, they overall impact of rainfall and mean annual temperature are stronger. Location-specific conditions are also important in mediating the effects of given disturbances. This suggests that on these reefs at least, chronic effects of environmental conditions shape the community more than acute ones.

When the data is interpreted for an assemblage focused on hard corals and macroalgae, the future of coral reefs is very bleak, especially considering the loss of reef structure. But these authors argue there is more to a coral reef than the hard corals and their alternative in the dichotomy—the macroalgae. When including soft corals, they found more hope since the soft corals show resilience to 30 years of hurricanes, bleaching events, and disease outbreaks. Now, the future still doesn’t look great for hard corals, but it may not be one in which only macroalgae dominate the reefs. As is so often the case in life, there are other possible outcomes. 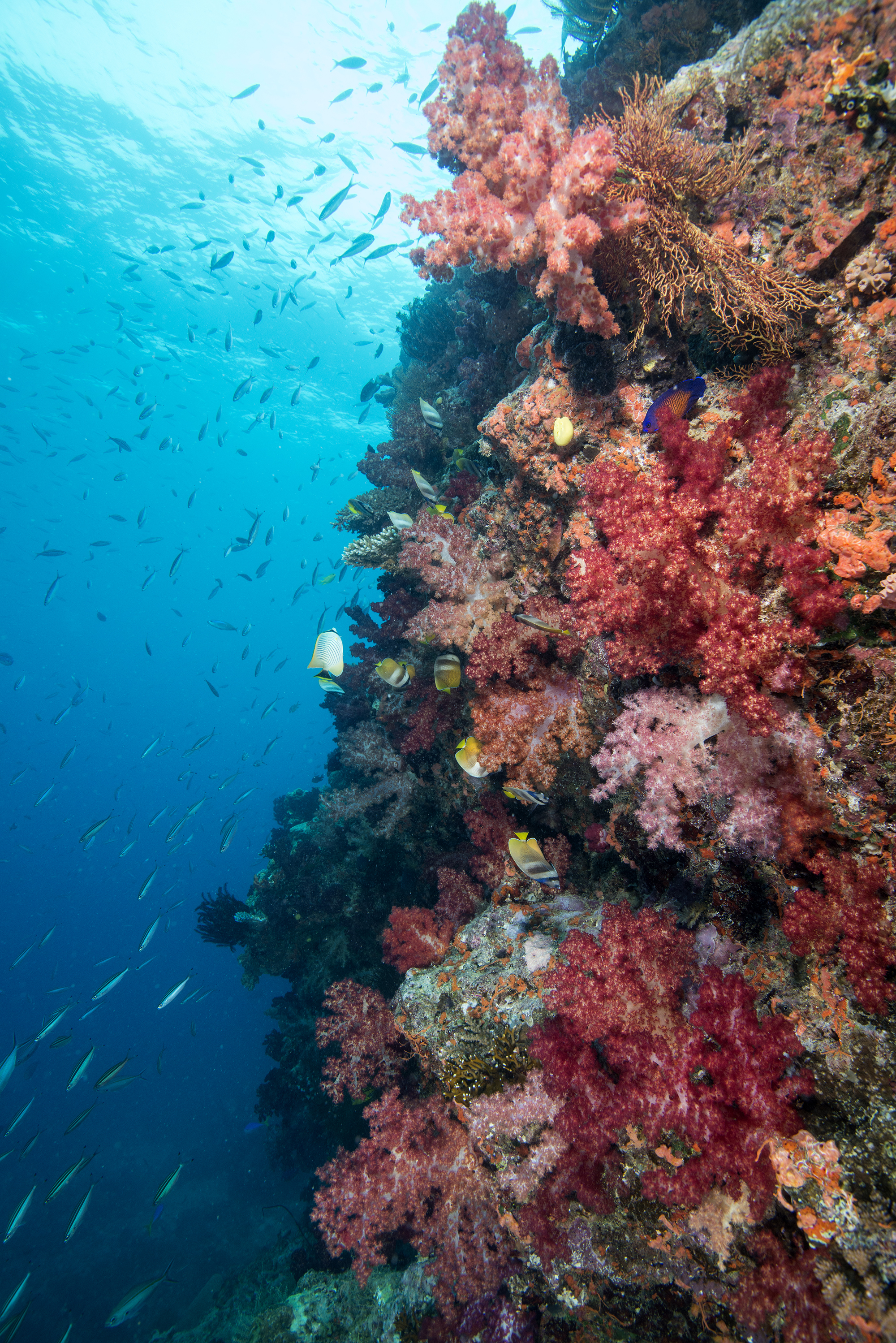