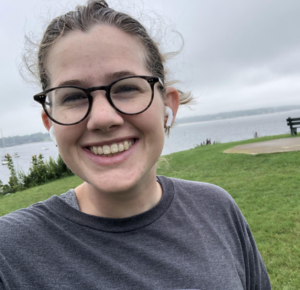 HuxleyAnn Huefner is entering her senior year at Scripps College in Claremont, California. She is majoring in biology and minoring in history. This summer, she is working with her advisor, Dr. Andrew Davies, and her mentor, Jane Carrick, to better understand flow patterns around cold-water corals. Read about her research on deep-water corals:

Have you ever seen a cold-water coral reef? The answer is probably not, unless you’ve been in a submarine. One cold water coral species, Desmophyllum pertusum, is predominantly found 200-1000 meters below where it forms the world’s largest coral reefs (Lumsden et al., 2007). This species is primarily found in the Northern Atlantic, but can be found in other parts of the world as well, including in some parts of the Pacific, the Caribbean sea, and in the Mediterranean Sea (Raddatz et al., 2020).

If you looked at a D. pertusum reef, you would probably be astonished with its magnitude. These reefs can go on for hundreds and hundreds of meters. However, these reefs are not made up of solely living coral. Instead, most of the reef is probably dead. Living polyps land and grow on top of the dead coral framework, helping lift them up into the water flow. The reefs themselves can be 40 meters tall (Davies et al., 2008). In the right conditions, the dead coral framework can fill up with sediment, creating mounds that can be up to 400 meters tall (Wheeler et al., 2007).

Shallow water corals, corals that you may have seen while snorkeling in the Caribbean or in Australia, have a mutualistic relationship with a photosynthetic algae called zooxanthellae. The corals provide zooxanthellae with carbon dioxide and other nutrients and in return, the zooxanthellae provide coral with food they produce by photosynthesis. Cold-water corals, however, do not have zooxanthellae. Instead, they rely solely on water flow to bring particles close enough to them so they can filter feed these particles from the water (Orejas et al., 2016). By landing and growing on top of the dead coral framework, living coral avoid being buried or covered by the sediment and thus can have more uninterrupted access to the water flow.

This experiment uses fragments from D. pertusum coral found 800 meters down on Rockall Bank off of the U.K. These fragments were arranged and glued onto aluminum plates creating models of differing complexities, heights, and densities that will be used to test our research questions about how the complexity and length of the coral can change the water flow and thus have impacts on food distribution and reproduction.

There were two parts to this experiment. The first part was to quantitatively determine the structural complexity of each coral model. I did this by 3D scanning the models and using QGIS to plot each profile and calculate .

The second part of this project was to test our questions about the impacts complexity and length have on water flow. To test them, we put our coral models into a tank that circulates water flow that includes an Acoustic Doppler Velocimeter (ADV) which was used to measure water velocity.

This experiment found that more structurally complex corals and longer reefs impacted water movement more than their shorter, smaller counterparts. There was a decrease in water speed and an increase in water variation behind the corals for all patch lengths and rugosities.

It’s important that we understand how coral structure affects water movement and thus other corals around them so we can better support these ecosystems. Water movement not only delivers food to these corals, but it is also important for other ecological processes like reproduction and argonite delivery (Larsson et al., 2014). Better understanding these fine-scale interactions will allow us to predict the impacts of structure loss on reef function health. This is vital especially in this time of climate change and ocean acidification changing the way calcium carbonate structures like corals grow and human activities, like dredging, fishing, and trawling, expanding and affecting parts of the ocean that have not really been affected until now. This experiment will help form a more complete picture of how cold-water corals can alter the water movement and will provide more of a baseline for these species that can be used to inform scientists and managers how to better protect these critical deep-sea habitats in the future. 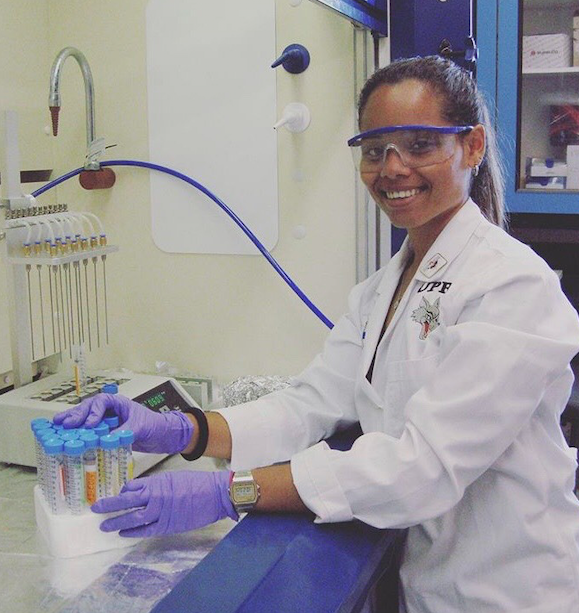 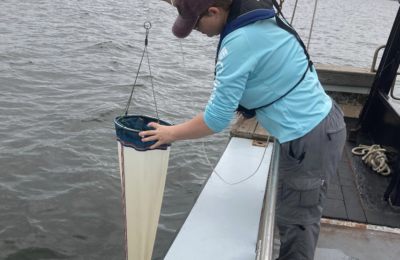