El Niño and La Niña, two opposing modes of the El Niño Southern Oscillation (ENSO), are notorious for altering both regional and global climate on short timescales (i.e. on the order of 2 to 7 years). This interannual climate variability arises from the gradient in sea surface temperatures (SST) between the western equatorial Pacific (WEP) and the eastern equatorial Pacific (EEP). The WEP is often referred to as the “warm pool”, due to the annual average SST being amongst the highest globally (near or exceeding 30°C). Conversely, the EEP is often called the “cold tongue”, as the SST of this region is anomalously cool (approximately 25°C).  The average difference in SST between the modern-day warm pool and cold tongue is approximately 4-5°C, with deviations from this average depending on the prevailing mode of ENSO (Figure 1).

ENSO is responsible for interannual climate variability, including how heat is exported from the tropics and the distribution and frequency of of precipitation. El Niño conditions are characterized by a significant reduction in SST gradient between the warm pool and the cold tongue. The persistent easterly tradewinds, which are responsible for piling up water in the WEP warm pool, relax during El Niño, allowing warm pool water to slosh back towards the eastern Pacific. This is a measureable phenomenon, as the eastward intrusion of warm water reduces sea-level in the WEP and increases sea-level in the EEP. South America feels the strong effects of El Niño including a seasonal (typically April – October) increase in precipitation in the eastern Pacific in regions such as Peru , and drought conditions in the western Pacific near Indonesia and Australia. Additionally, the relaxed trade winds and warmer surface waters in the EEP greatly reduce upwelling, the oceanographic process responsible for transporting deep, nutrient-rich water to the surface. A lack of surface nutrients causes a domino-effect of collapses across marine ecosystems, leading to severely reduced South American fisheries.

La Niña is characterized increased easterly tradewinds and increased equatorial temperature gradients. The climatic effects are opposite of those experienced during El Niño. For example, reduced seasonal precipitation leads to drought conditions in South America.

Considering the powerful effects the ENSO phases have on global climate, paleoceanographers (oceanographers who study the oceans on geologic timescales) and climate scientists have questioned the prevalence of ENSO in the past. Previous studies have reconstructed SST gradients between the WEP and EEP using various SST proxies; such as the use of Magnesium/Calcium (Mg/Ca) ratios found in the calcium carbonate shells of planktonic foraminifera (single celled, surface ocean dwelling protists) that are preserved in the ocean’s deep sediments. This Mg/Ca ratio, with proper calibration, is an indicator of SST during the time period in which the critters lived. For example, Mg/Ca records from foraminifera dating back to the Pliocene epoch [5.3 – 2.6 million years ago (Ma)], have shown that warm pool (WEP) SST were similar, if not slightly cooler than WEP temperatures recorded in modern-day, despite the global climate being 3-4°C warmer in the Pliocene. Findings from the EEP show SST cooling during the Pliocene, resulting a non-existent SST gradient from the WEP to the EEP, reminiscent of modern short-lived El Niño events. These findings lead to a prevalent hypothesis that permanent El Niño conditions were in place prior to 3 Ma.

The strength and reliability of the temperature records reconstructed from Mg/Ca ratios from the shells of foraminifera are largely dependent on assumptions that ocean chemistry and process have remained constant over millions of years, and that the foraminifera preserved in the ocean’s sediment have not been altered drastically. Additional analyses of foraminifera from modern day sediment at the same sediment core location failed to capture modern day SST measurements. This finding undermines the strength of Mg/Ca ratios for SST reconstructions, and thus the hypothesis of El Niño permanence in the past, necessitating a more robust method of reconstructing past SST.

The focus of the highlighted study was to reconstruct SST in the warm pool (WEP) and cold tongue (EEP) over the past 12 million years using a multi-proxy approach. Emphasis was placed on the strength and limitations of each proxy used.

New SST reconstructions were made using the TEX86 temperature proxy, which is essentially an analysis of membrane lipids of single-celled organisms belonging to the Thaumarchaeota phylum. According to current calibrations, TEX86 has the tendency to underestimate temperatures in the tropics and for this reason, an additional temperature proxy, the Uk’37 proxy, was recruited from previous studies to reconstruct SST. Coccolithophorids (calcium carbonate shell producing, unicellular phytoplankton) produce two types of alkenones (long-chained organic molecules, resistant to degradation) with different levels of unsaturation (double bonds) depending on the temperature of the water in which these creatures live. By looking at the ratio at which these unsaturated molecules are produced, you can reconstruct temperature records from the time period which these organisms lived.. However, it is important to note that Uk’37 only remains accurate up to 28.5°C. The TEX86 records reveal that from 3 Ma and older, SST exceeded 28.5°C, and therefore Uk’37 would only be useful for reconstructing SST in the warm pool for 0 – 3 Ma. Beyond 3 Ma, the study relies on TEX86 which is not greatly influenced by high temperatures. In the cold tongue region, TEX86 and Uk’37 showed similar trends with only minor deviations. Since TEX86 tends to slightly underestimate tropic SST, and the temperature in this region stayed below 28.5°C, Uk’37 was favored for SST reconstruction in the cold tongue over the 12 million year record.

The warm pool (WEP) was found to have been warmer than modern-day and TEX86 records reveal 4°C cooling of SST over the 12 million year record, with 2°C occurring in the last 5 Ma (Figure 2).  This differs from previous findings from Mg/Ca paleotemperature reconstructions, which showed little to no significant change in warm pool SST.

The cold tongue (EEP), like the warm pool, was warmer than modern-day and TEX86 and the favored Uk’37 both reveal 6°C cooling over the 12 million year record, with higher cooling rates in the last 5 million years (Figure 2).  This cooling is consistent with published Mg/Ca paleotemperature reconstructions.

The equatorial temperature gradient over the past 12 Ma was similar to the modern-day configuration, which is in disagreement with the hypothesis of permanent El Niño-like conditions >3 Ma (Figure 2).  Both the warm pool and cold tongue were warmer than modern-day.  These findings lead to the hypothesis that the oceanographic processes responsible for the equatorial temperature gradient similar to that of modern-day (and thus the existence of the cold tongue) must have been in operation over the past 12 million years.  It is therefore also hypothesized that the strong temperature asymmetry in the tropics would have been favorable for ENSO, including both the El Niño and La Niña modes.  This study helps to bring agreement between equatorial Pacific SST and other proxy records, which have long shown evidence of ENSO like behavior (e.g. equatorial biogenic opal accumulation, which arises from upwelling at the cold tongue).

Any study that serves to remediate disagreeing data in the climate record should be considered particularly important.  The nature of good science is to limit where possible, or at least acknowledge possible sources of error.  Scientific progress is measured by the ability to test previous hypotheses and systematically reduce error as new methodologies and technologies become available.  This study accomplishes these very goals.  With the tendency of climate science to be highly politicized by mainstream media, it is of utmost importance to report successful scientific progress and properly communicate the remediation of data disagreement.  The ever-increasing understanding of our planet’s complicated climate system as it currently exists and in the past will hopefully underpin policy decisions regarding how society chooses to respond to the future societal challenges that have been predicted. 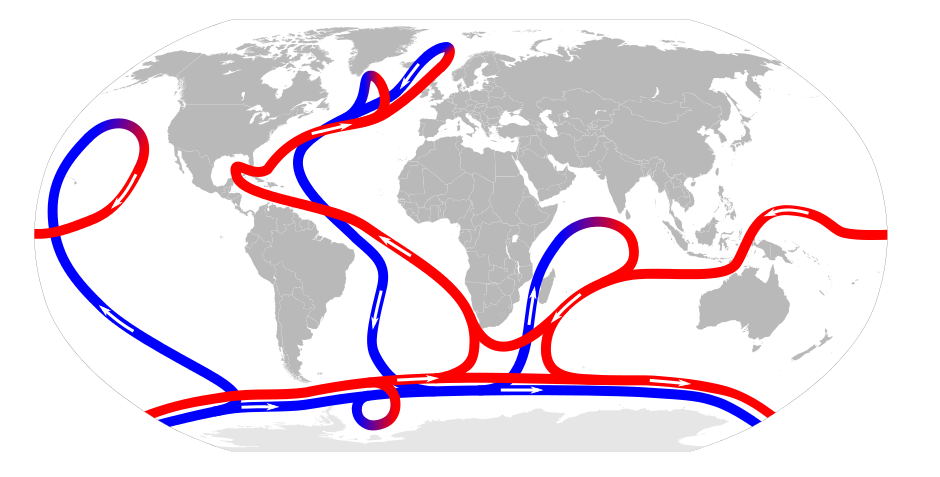 One thought on “Just How Permanent was El Niño in the Past?”