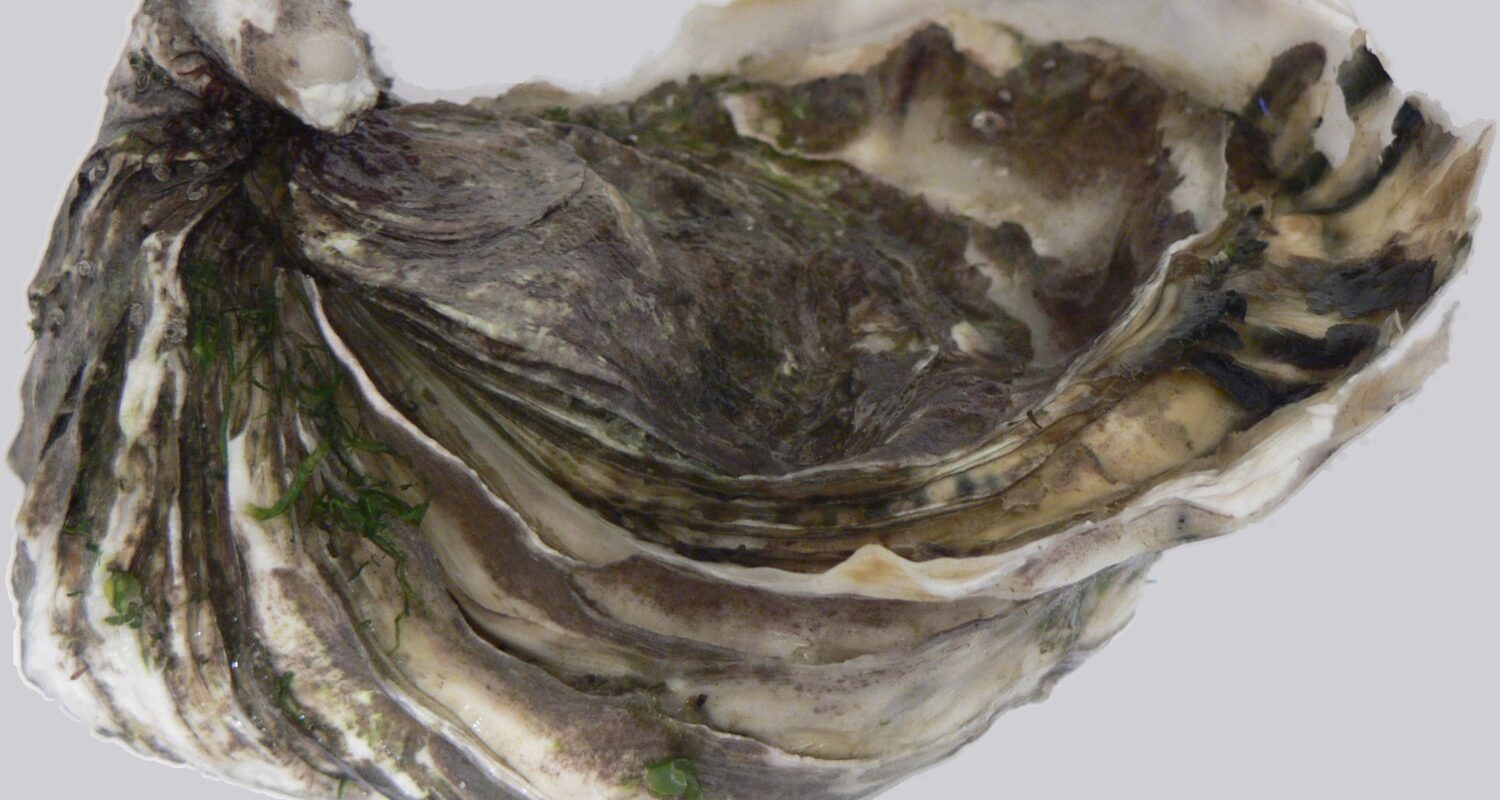 Global climate change, caused by high levels of CO2 in the atmosphere, affects not only organisms on land, but also those in the ocean. Not only does rising CO2 cause higher temperatures, but carbon dioxide also causes changes in seawater properties such as pH and the availability of necessary chemical ions. When carbon dioxide enters the ocean it pulls apart, releasing hydrogen ions that decrease the ocean’s pH, increasing how acidic the water is (ocean acidification). In addition, this process reduces the number of carbonate ions in the ocean. Carbonate and calcium ions are used by many marine animals that form calcium carbonate shells, like oysters. Therefore, ocean acidification and ocean warming could have negative effects on these important species.

Researchers from France set out to explore what happens to adult and larval Pacific oysters (Crassostrea gigas) exposed to ocean acidification, ocean warming, or both. Because these animals live in coastal environments, where temperature and pH can fluctuate naturally, the researchers also used fluctuating pH and temperature conditions in tanks for 35 days. Four treatments were conducted – the controls, at normal temperature and pH, the ocean acidification condition, the ocean warming condition, and ocean acidification plus warming. After 35 days the adult oysters in each treatment were spawned to produce offspring, and then the researchers measured growth, feeding rate, egg and sperm quality, and a number of neurochemical profiles.

The good news is that this data suggests that the Pacific oyster is resilient to near future ocean acidification and warming conditions. However, it’s important to note that the pH and temperature conditions used in this study were within the range that oysters might normally experience in their natural environment, since they live close to shore and can see large shifts throughout the day. Future studies should look at the natural fluctuations in oyster environments and how they will change with increased warming and acidification.