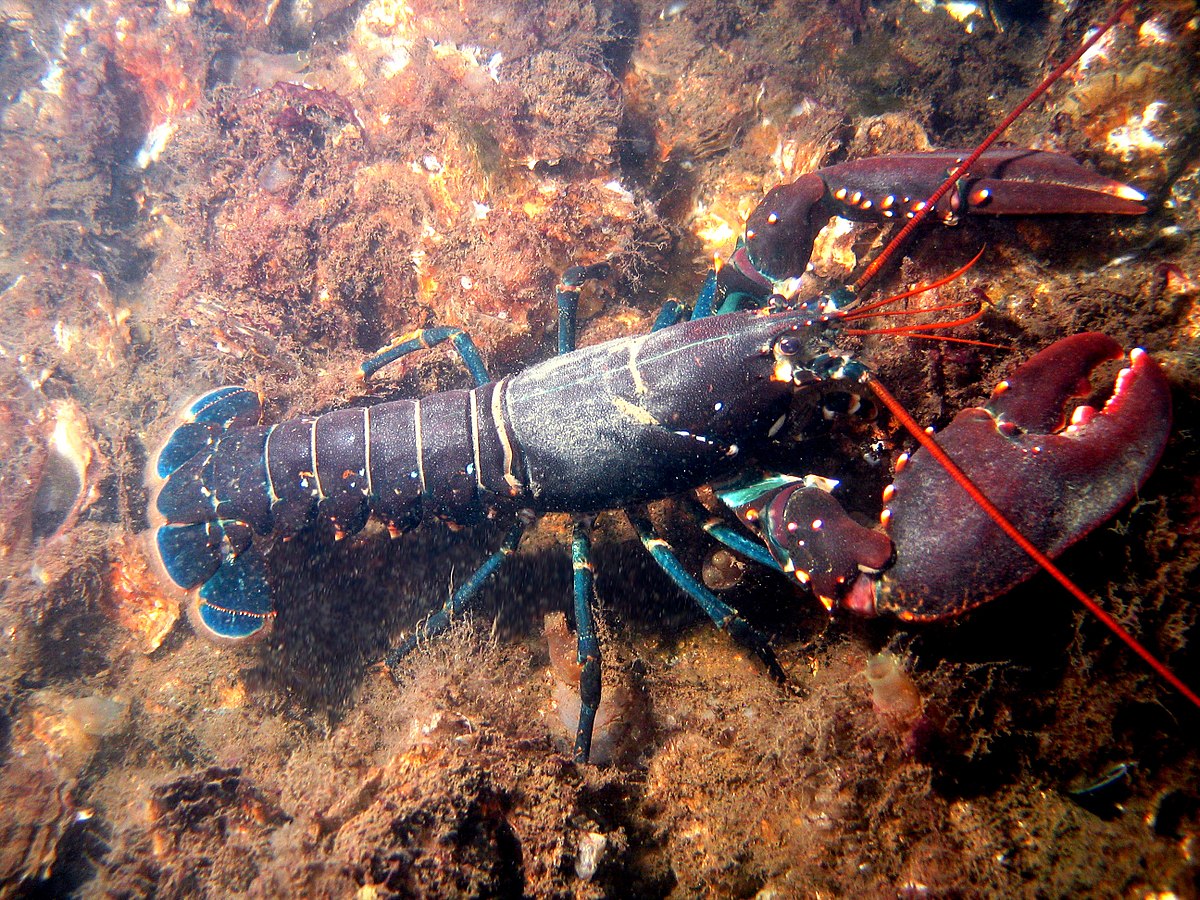 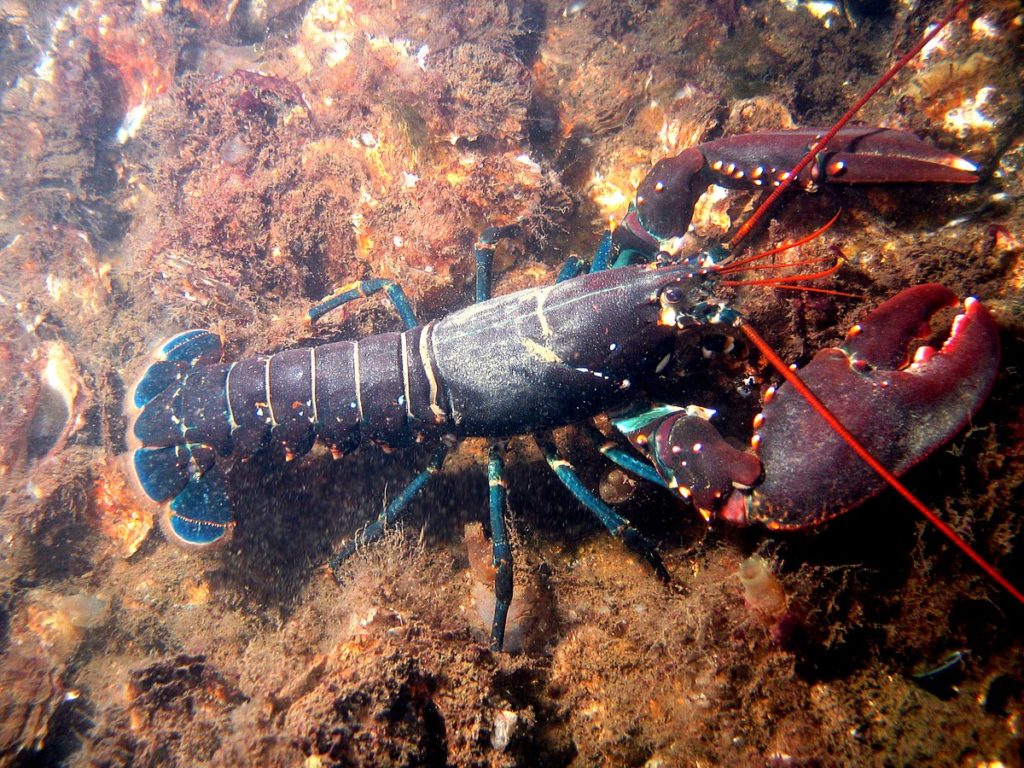 Communities Shaped by the Ocean

Climate change is expected to affect the behaviours, geographic ranges, and ecological processes of marine species around the world. In the Northwest Atlantic, scientists are particularly concerned about northward range shifts in resource species and potential declines in valuable shellfish fisheries that are sensitive to acidification. Seafood is a major component of the diet of over 3 billion people around the globe and a valuable trade commodity, putting many people at risk of food and financial insecurity in a future threatened by climate change. In Canada, the Atlantic coast produces over 80% of the nation’s total landings, much of which is now dominated by shellfish. Atlantic Canada also contains some of the poorest communities in the country and most provinces are recipients of federal equalization payments. Many Atlantic Canadians also live in rural areas and are employed by the natural resources sectors, including fisheries, and may be particularly vulnerable to the worst effects of climate-mediated changes in local fisheries. This combined dependence on shellfish and higher socioeconomic vulnerability makes Atlantic Canada an interesting case study in how climate change may affect coastal communities.

In a recent study by researchers at Dalhousie University and the University of British Columbia, population projections for key fisheries and indicators of socioeconomic risk were compared for the five provinces bordering the Atlantic Ocean, in an attempt to highlight regions where the social impacts of climate change might be worst.

In Atlantic Canada, marine waters are segmented into four federal management areas: Newfoundland and Labrador, Maritime, Gulf, and Quebec. The researchers chose a “Dynamic Bioclimate Envelope Model” (DBEM) to help them assess species vulnerability to climate change stressors in each of these management areas. Models like this connect previous research on different species’ responses to changes in ocean conditions, like acidification, warming, and deoxygenation, in order to predict their future distributions. They also produce two possible distribution estimates based on current climate change projections; one for RCP 2.6 –‘highly mitigated CO2 emissions’ and RCP 8.5 –‘business as usual CO2 emissions’. They then assessed each province’s risk of experiencing negative socioeconomic impacts as a result of changing fisheries, following methods set out by the Intergovernmental Panel on Climate Change (IPCC). The IPCC defines risk as the intersection of exposure to a hazard and vulnerability to the hazard. In Atlantic Canada, the researchers defined exposure by the modeled climate change effects in the fisheries (the DBEM). The vulnerability was represented by a number of social factors that may affect communities’ responses to changes in their fisheries; like the economic value of a species, the employment associated with a fishery, the existence of other employment opportunities, and levels of education that might allow people to move into new employment opportunities.

Many key fisheries species in Canada are already living near or at the southern-most extent of their natural range, so it’s not surprising that the researchers’ DBEM model predicted Northward shifts in species distributions under both climate change projections. In fact, this mirrors the findings of other research suggesting that many species will be moving north as the oceans warm. The Maritime Management Area, located further South than the others, is expected to experience declines in most of the species the researchers studied, particularly in shellfish landings. Shellfish make up almost half of the annual landing and 75% of the total fisheries value in Atlantic Canada, comprised mainly of lobster, snow crab, and shrimp. Continued ocean acidification, therefore, comprises a serious risk to Atlantic fisheries, but increasing temperatures are a concern as well. Snowcrab, which requires very cold bottom waters, is particularly at risk of warming temperatures and continued acidification.

On the other hand, the Gulf and Newfoundland and Labrador Management Areas were predicted to see modest increases in landings for most species, as many of them begin to move Northward to cooler waters. The oyster may also fare better than its relatives in the South, being one of few species currently located near the Northern-most edge of its range and potentially able to exploit new territory as temperatures warm.

With these distribution shifts, researchers expect to see “winners” and “losers” in the fishing industry, with some regions facing more drastic and negative changes than others. How the communities on the losing side of range shifts respond to these changes though will also affect the ultimate impact climate change has on rural livelihoods and the region as a whole.

When assessing the socioeconomic risk of each province, the researchers considered a number of factors that might influence how communities are able to adapt to changes in their local fisheries. Quebec, which manages a relatively small section of the Gulf of St Lawrence, was found to be at relatively low social risk to the worst effects of climate change. Not only is the Gulf Management Area expected to see less dramatic declines in important species, but Quebec is also much less reliant, as a whole, on its fisheries, has a large population, and more accessible education and employment opportunities than other Atlantic provinces, all of which might help to buffer the negative effects felt by a few coastal communities. Nova Scotia was also assessed as being at relatively low risk, having a growing aquaculture industry and more government-supported education opportunities, despite bordering the highly at-risk Maritime Management Area. Conversely, New Brunswick was considered to be at a higher socioeconomic risk because of fewer employment, education, and aquaculture-related buffers, but was ultimately assessed at low overall risk because of a lower dependence on shellfish.

The researchers considered Prince Edward Island and Newfoundland to be the most socially vulnerable provinces, having smaller populations, high dependence on shellfish fisheries, and, especially in PEI, lower education and higher unemployment. A strong aquaculture sector in PEI was not enough to mitigate the other risk factors. In many of these communities, Northward range shifts in valuable species may be the only buffer protecting them from changes in their current fisheries.

While it’s tempting to think that a warming ocean may benefit the lucky communities living in more Northerly fishing areas, Wilson. et. al. are quick to point out that any gains in one Management Area come with a cost to another. Additionally, movement of a valuable species into a management area doesn’t mean that the community or government is well positioned to effectively manage these changing fisheries or benefit from these changes. How communities will respond to climate-mediated changes in their fisheries will largely depend on the existing and future socioeconomic influences in their region. For example, on the Atlantic side of Nova Scotia, strategic allocation of education and funding programs could help communities dependent on lobster transition to oyster or other aquaculture operations, but this is far from a simple or blanket solution. There are also many smaller-scale ecological factors to consider. The researchers acknowledge that localized effects like high nutrient run-off from land and small-scale acidification may further complicate the situation faced by individual communities and how they choose to adapt. They recommend local and federal governments factor range shifts as well as socioeconomic risk into fisheries management plans in the future. These considerations should also be extended to cooperative management initiatives with the United States, as net gains in Canada may come at a cost to US fisheries.

We have entered a time of exacerbating and sometimes dramatic change. It’s time we incorporate the risk that comes with change into how we manage our natural resources. Improved and continued climate action and the mitigation efforts that come with it are key to sustaining vital fisheries in the future. 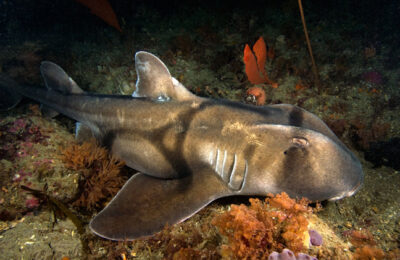