Most carbon emitted to the atmosphere ends up in the ocean, much of it in organic molecules. While most is quickly respired back to CO2, a fraction is transformed by microbes to apparently stable compounds that persist in the ocean for centuries. Could we manipulate the microbial community to hold even more? A new study suggests this is unlikely because the deep ocean is already holding as much organic carbon as it can handle.

DOM in the deep ocean

Organic carbon in the ocean assumes a vast array of shapes and sizes, from the largest whales to individual molecules. While larger organisms get more attention, most carbon is quite small: over 90% of all organic carbon is small enough to pass through a filter with pore sizes less than half a micron and is known as dissolved organic matter, or DOM. The size of the DOM pool is so large that even a seemingly minor increase or decrease in its size would have a major effect on Earth’s climate.

DOM has attracted attention because it appears to be mostly stable. DOM in the deep ocean appears to be thousands of years old, meaning it has survived ample opportunities to be broken down by microbes. This has led some to suggest that deep-sea DOM is recalcitrant—that is, its structure is too complex for microbial degradation. This is supported by experiments showing that microbes don’t grow when placed in a bottle with filtered deep ocean water. In addition, the DOM concentration changes little during these experiments, indicating it is not consumed.

The prospect of an inert carbon pool trapped in the ocean indefinitely raises exciting possibilities for geoengineering: if we can understand how and why this material is produced, we could produce it on a large scale and mitigate CO2 emissions to the atmosphere.

This study throws cold water on this strategy by presenting evidence for an alternative explanation of the apparently indestructible DOM: dilution. In order to break down organic matter into usable pieces, microbes must invest energy in producing enzymes. Each enzyme breaks down a specific compound or group of compounds, which have to be abundant enough to make producing the enzyme a good investment. This study suggests deep-sea DOM is not decomposed because individual compounds are too dilute to justify producing enzymes targeting them.

The authors supported this with a set of experiments incubating seawater with added microbes. In some bottles, they extracted the organic matter and redissolved it in less water, effectively increasing the concentration. Other bottles were left with their natural DOM concentrations as controls. Sure enough, microbes consumed the DOM faster after it was concentrated than in the controls. DOM concentrations declined and the microbial population increased (Figure 1). This demonstrates that deep sea DOM is edible for microbes under the right conditions.

The dilution hypothesis was also supported by chemical evidence. The authors used a new form of mass spectrometry to characterize organic matter by identifying the molecular formulae present. It showed that thousands of different compounds were present in the seawater, so the concentration of any one molecule would be extremely low. In addition, most of the compounds decreased in abundance during the incubation, indicating microbes consumed a wide variety of supposedly indestructible compounds.

This suggests that most organic compounds in the deep ocean are not impervious to degradation as previously thought. Instead, they persist because their concentrations are too low for microbes to get any return on the enzyme investment they would have to make to degrade these compounds (Figure 2).

It also means that any geoengineering attempt based on increasing the recalcitrant carbon permanently sequestered in the deep ocean is probably doomed to failure. After all, if it is mainly stabilized by its low concentration, increasing its concentration will be counterproductive! Instead, it appears deep-sea DOM is near its natural capacity, as any additional carbon would fuel microbial decomposition and bring carbon sequestration back to its current level. 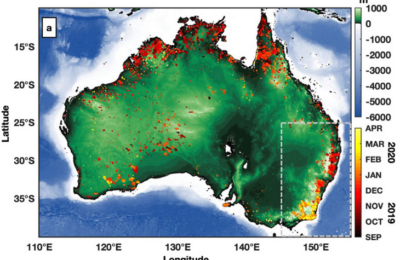