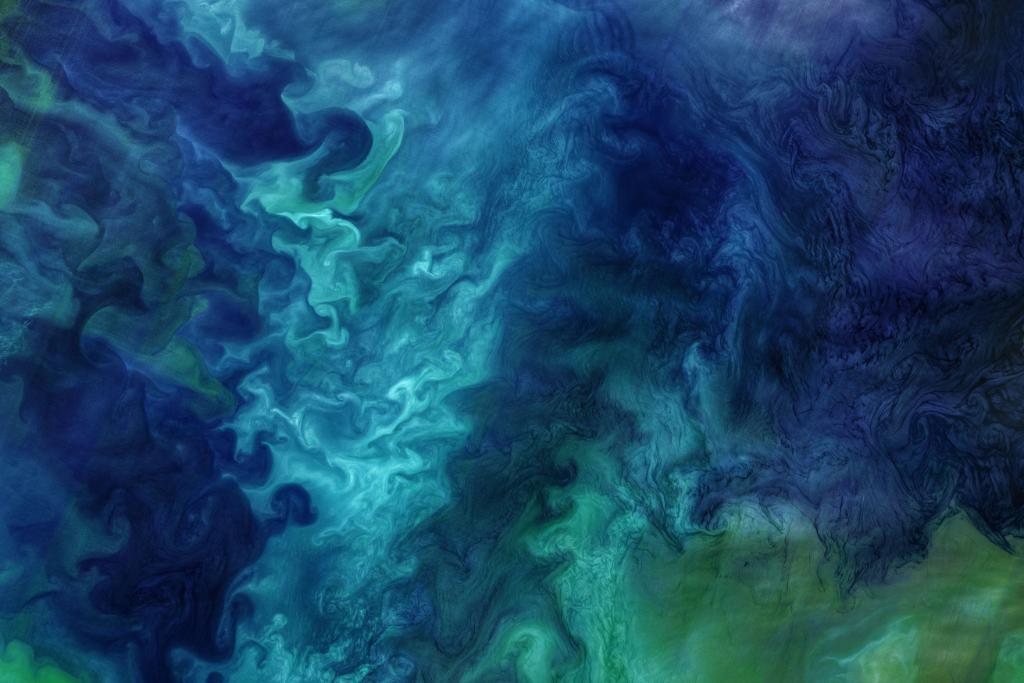 What is the Mixed Layer?

To test this, a group of researchers led by Magdalena Carranza at Scripps Institution of Oceanography analyzed observational data from the ocean surrounding Antarctica, called the Southern Ocean. One of the reasons they focused on this region is because the Southern Ocean mixed layer plays a key role in the transfer of heat and carbon dioxide from the atmosphere into the ocean interior. Making observations in the Antarctic is very difficult due to the harsh weather conditions, so this study uses data from several sources. These include satellites, robotic floats that drift with the ocean currents, and the cutest oceanographic data collectors – elephant seals with sensors strapped to their heads (see photo below).

Calm After the Storm

The researchers looked at the vertical distribution of chlorophyll in the data, which is indicative of the amount of phytoplankton in the water column. Understanding where phytoplankton grow is important since these tiny microalgae help transfer carbon dioxide from the atmosphere to the ocean through photosynthesis (just like trees and other land plants). Profiles of data from the floats and seals both showed that in many cases the chlorophyll was not well mixed within the mixed layer defined by the temperature and salinity. This was true in locations throughout the Southern Ocean and at all times of year.

In fact, many of the profiles had a deep chlorophyll maximum (DCM), which is when the peak chlorophyll concentration is measured at some depth below the surface (as can be seen in the chlorophyll profile below). There are a number of complex factors that determine if and where DCMs will occur, but in general they result from the perfect combination of light availability, nutrient supply, and limited grazing existing below the surface.

While biological processes may want to create a DCM, these vertical inhomogeneities can only exist if there is minimal mixing in the upper ocean. For example, storms (with their high winds) stir the upper ocean, often enough to prevent the existence of a DCM. By comparing satellite wind data with the float and seal chlorophyll profiles, the researchers examined the timescales of storm cycles and biological restratification. They found that it takes about 3 to 5 days of calm after a storm to develop a vertical structure in biological properties within the mixed layer (while still maintaining homogeneous temperature and salinity).

Why does it matter whether or not chlorophyll (and thus phytoplankton) is well mixed in the surface ocean? Phytoplankton form the base of the marine food web and play an important role in the ocean uptake of carbon dioxide. Therefore, determining the distribution of phytoplankton biomass is necessary to accurately model marine ecosystems and the global carbon cycle. By showing that the timing of storm cycles modulates the vertical structure of biological properties within the surface mixed layer, this study will help to improve spatial and temporal estimates of biological production in the Southern Ocean.