The noise we make pollutes natural soundscapes and can impede how animals communicate, move, and behave. Researchers now have evidence that man-made noise impacts fish from the very beginning of their life, altering how they develop and grow.

We never really experience silence. Take a minute to close your eyes and listen – to really listen- to everything around you. Maybe you hear other people talking, cars buzzing past you, birds chirping, or wind rustling tree leaves. I am the only person in an otherwise vacant building right now, but I am still surrounded by noise – the faint whirring of the air conditioner, a slight electrical hum coming from the computer in front of me, and the continuous click clicking of my fingers on the keyboard as I type this. Every place on earth is blanketed in sound, even when you slip below the waves and dive into the ocean.

The ocean itself is a relatively noisy place – a chorus of animal noises underneath the whooshing of waves overhead.  Sadly, just like on land, the ambient noise in the ocean becoming increasingly louder and less natural as humans continue to encroach on landscapes. Sound travels farther in water than in air so even smaller amounts of human-created (called anthropogenic) noise can spread across ocean habitats, polluting the natural soundscape. Anthropogenic noises like those created by boats, construction or oil and gas exploration and drilling create large disturbances that can interrupt communication, impede migration routes, and alter animal behaviors.

While studies have shown the adverse effects of noise pollution in adult animals, scientists still don’t know how growing up in the cacophony of human noises might impact animals. In order to uncover how sound shapes early life, a team of scientists at James Cook University in Australia investigated how boat noises impacted the development of embryonic fishes. The scientists collected eggs from two species of fish commonly found in the Great Barrier Reef –the fire clownfish (Amphiprion melanopus) and the spiny chromis (Acanthochromis polyacanthus). They split the eggs from the two species into two different groups. In one group, eggs from both species were exposed to a sound recording of the natural, ambient soundscape from the Great Barrier Reef. Eggs in the second group were instead exposed to a recording of a motorboat driving through a reef habitat every 5 min.

To see how the clownfish and chromis responded to different soundscapes, scientists compared the growth and development of fishes exposed to the natural reef soundscape to that of fishes exposed to continuous motorboat noises.  They found that both species responded differently to exposure to the motorboat noises.  Clownfish showed little change in growth or development, but there were measurable changes in the chromis exposed to motorboat noises: individuals were larger when they hatched, had larger eyes, and had smaller yolk sacs.  The scientists speculate that individuals may grow faster when exposed to the motorboat noises and that these impacts not only impact early development, but also shape how individuals will look as adults! The reduced size of yolk sacs could also be concerning for the future development of these young fish.   Egg yolks are the developing fish’s food source, which it relies on until it has grown large enough to catch its own food. If the yolk reserves are eaten up too quickly, the baby fish may starve to death or develop poorly.

While both fish species had different developmental responses to the boat noises, individuals of both species did show similar short-term responses to the noise pollution. Individuals exposed to motorboat noise had elevated heart rates – about 10% higher than individuals who were not exposed to the anthropogenic disturbance – suggesting that motorboat noises stress developing fishes out. While short periods of stress are not altogether harmful, chronic stress can have disastrous health impacts and may pose a problem for animals that are still growing and developing.

In this lab study, the boat noises did not appear to decrease the fishes’ ability to survive; however, that may not be the case in a natural environment where a stressed fish is more likely to become a meal for a passing predator. There is no one-size-fits-all model, but it is clear that the sounds we make and spread through natural habitats alter everything from how animals grow and develop to how they communicate and behave. While we continue to expand our reach into new areas of the ocean, we lack a basic understanding of the long-term impacts of noise pollution on ocean animals and ecosystems. Our efforts to preserve ocean environments will rely on a thorough understanding of how different animals respond to anthropogenic noise disturbances and how we can best reduce our noise footprint on ocean habitats. 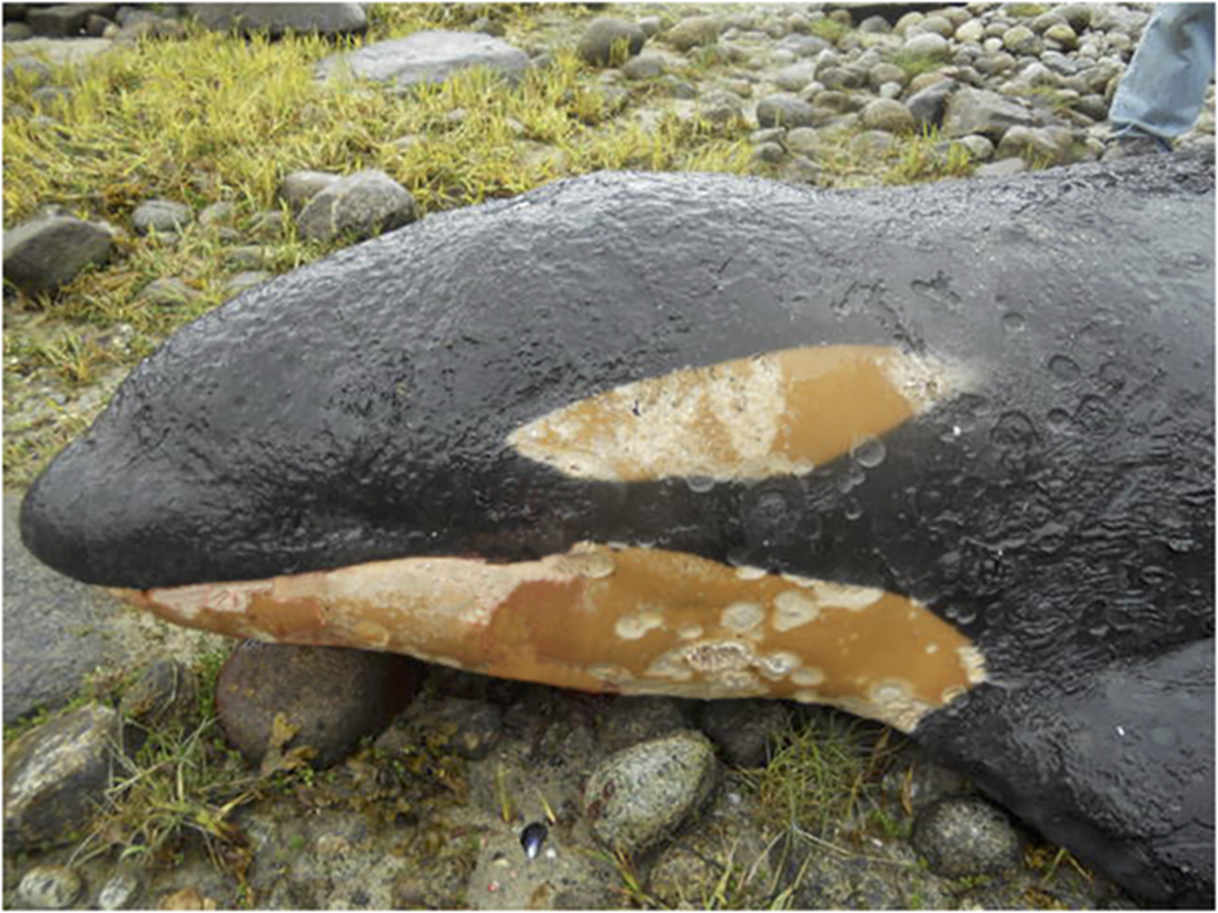