2015 was the warmest year on record since modern records began in 1880. At the same time, a huge region of abnormally warm water in the North Pacific grew throughout 2014 and persisted throughout 2015 leading to this unusual feature to be dubbed ‘The Blob’ by scientists. This unusually high temperature zone grew to more than 1000 miles wide and 1000 miles long in the Gulf of Alaska and similar warm temperatures appeared all along the west coast of North America as far south as Mexico. Scientists are still working hard to figure out why the patch of warm water formed and lasted for so long. In the meantime there has been a frenzy of work to understand how this warming has affected weather patterns, rainfall, fisheries and coastal ecosystems across the North Pacific and across the world. Warmer ocean waters had widespread impacts, contributing to a hot summer on the West coast of the US and blizzards on the East coast. In California, the warm ocean caused a record number of baby sea lions to beach themselves because the fish they feed on fled north to escape the heat.

Following the heat with ocean gliders

The 2014-2015 warming anomaly was first detected by scientists using temperature based on satellite measurements as well as direct measurements from ships, buoys and other instruments. Along the coast of Southern California, a network of underwater ocean gliders run by the Instrument Development Group at Scripps Institution of Oceanography in La Jolla, California have been collecting measurements to monitor the regional effects of large scale climate variations. These ocean gliders, called Spray gliders, were developed and built at Scripps and have been swimming back and forth in three locations across the coast of Southern California collecting measurements since 2006, as shown in Figure 1. (You can track their current location and see the most recent data here). The gliders captured detailed measurements of the evolution of the warm temperatures alongside measurements of other ocean properties throughout 2014 and 2015. Armed with this information, researchers at Scripps set out to understand the observed warming anomaly: how did the ocean change during the warm anomaly, what was the likely cause and how might it have impacted local ecosystems?

The first thing that stands out from the glider temperatures is that the ocean surface in 2014-2015 was much warmer than anything seen since 2006 (Figure 2). Another striking result is that the warming arrived at the same time everywhere along the coast of Southern California (Figure 2). The temperatures were up to 4.5 degrees Celsius (8 degrees Fahrenheit) warmer than average. The warm anomaly was strongest at the surface of the ocean, which suggests it was probably caused by changes in the atmosphere above, rather than by changes in the deeper ocean waters below (Figure 3). Looking more closely at this, the authors found that there was more heat transfer from the atmosphere to the ocean than normal in 2014-2015, another clue that the heat came from the atmosphere (Figure 4).

Upward motion of cold, deep water, known as upwelling, is an important feature along the coast of California as it supplies nutrients to the surface that spur plankton growth. The warming made the ocean surface water lighter than normal, increasing the density difference between the surface of the ocean and lower down. This stronger density contrast reduced the amount of cold, deep water that could move upward to the surface. The regular southward winds also weakened in 2014-2015, which further reduced the upwelling. This reduction in upwelled cold water is expected to slow down the growth of plankton which form the base of the food chain. The decreased upwelling during 2014-2015 caused the peak in chlorophyll a concentration, a green pigment indicating abundance of photosynthesizing plankton, to shift deeper in the ocean (Figure 4). A deeper peak in chlorophyll a is usually associated with less plankton biomass and a shift to smaller species of plankton. This shift in plankton abundance and type may have impacted fish and animals higher up the food chain in this region.

The researchers only examined data through mid-2015, but since then a large El Niño has developed in the tropical Pacific, which causes warming to spread northward from the equator up to the coast of California. Deciphering the warm water measurements from the gliders during the El Niño will be the next challenge, as remnants of the warm anomaly from 2014-2015 warm anomaly combine with the effects of El Niño. This research shows how using new technology like ocean gliders to monitor how the temperature of the ocean varies can help us understand climate variations that impact regional weather and ecosystems. 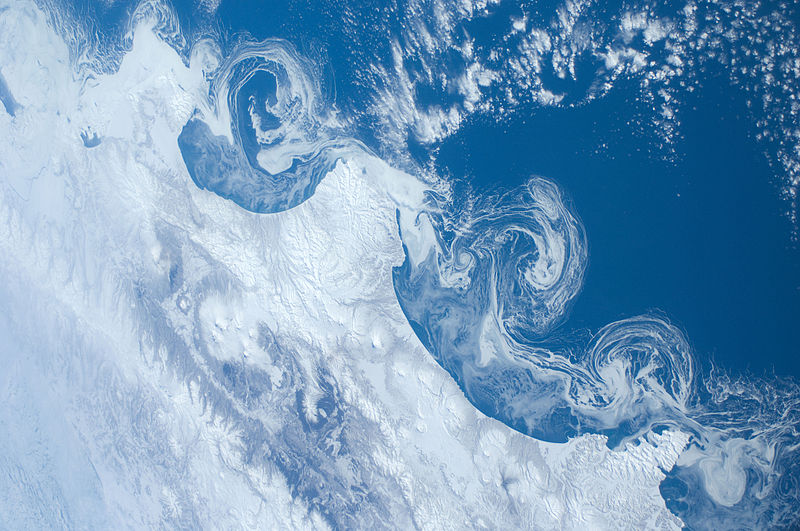