Roughly 360 years ago, on a September afternoon in the Aegean Sea, the sky was blotted out as metals tarnished and inhabitants complained of terrible eye pain. By the time the skies cleared on one island, roughly 70 people had died of asphyxiation. Today, the picturesque vacation destination is covered with blue roofed, white stucco buildings overlooking Aegean sunsets. What tourists can’t see from their hotel windows is the island’s neighbor, Kolumbo, an underwater volcano 7km to the northeast.

The rim of this small submarine volcano caldera sits between 18m and 150m below the sea-surface. At the bottom of the crater, 500m below the surface, hydrothermal vents are discharging virtually pure gaseous carbon dioxide (CO2) with clear fluids at temperatures of 220°C (428°F). The gas dissolves into the surrounding water, which drives the pH level down to values as low as 5.0.

The gas enriched water has higher density than the seawater above; combined with a semi-enclosed crater that hinders mixing from external sources, the acidic water remains stuck at the bottom.

Hydrothermal vent fields that are extensively studied at mid-ocean ridges and other subduction zones are famous for their macrofauna like tubeworms, giant clams, shrimp and fish. In Kolumbo’s caldera, remotely operated vehicles (ROVs) view biological communities that only consist of bacteria and archaea. Furthermore, as the ROVs descend into the crater, the clarity of the water abruptly changes at 250m below the surface. The seawater becomes more turbid and the macrofauna seem to disappear with depth.

To supplement the visual observations, Carey et al. used titanium gas-tight bottles to capture the gases at the vent sites, collected push core samples of the mud on the crater bottom with the ROVs, and extensive water samples.

Carey et al. concluded that the injection of the CO2 at the bottom of the crater changed the density of the water enough to force it to become negatively buoyant, thereby keeping it sequestered. This means that as you go deeper into the caldera, the dissolution of the gas causes the water to become more like carbonic acid, and the stably stratified water column caused by density differences keeps it in a pocket at the bottom.

The accumulation of this CO2 rich water could lead to a situation analogous to Cameroon’s Lake Monoun and Lake Nyos that experienced CO2 releases when bottom waters were overturned and the toxic gas came out of solution at the surface. At Lake Nyos in 1986, about 1,700 people and 3,500 livestock in nearby towns and villages died by asphyxiation when the lake waters overturned as a result of a landslide. When the water overturned, the CO2 rich water at the bottom came out of solution on the surface, creating a poisonous cloud, killing or burning many things in its pathway.

Carey et al. recommends an assessment of the potential for a similar type of release at Kolumbo and for the development of possible strategies for hazard mitigation. Advanced warning and preparedness for a possible repeat of the Kolumbo 1650 eruption could save the lives of nearby natives and vacationers. 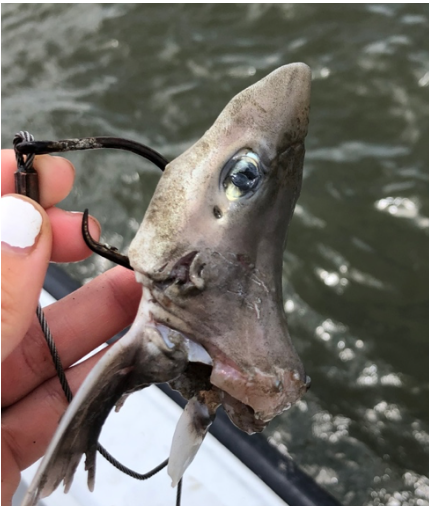