Both natural and anthropogenic disturbances seem to be out to get the coral species of the Indo-Pacific. From 1985-2012, approximately half the coral cover was lost due to storms, sea temperature fluctuations, disease, destructive fishing, and a large outbreak of the crown-of-thorns starfish. About 24% of the coral loss was connected to predation by the corallivorous crown-of-thorns starfish and outbreaks of this starfish keep occurring, worrying researchers that some coral species may never bounce back.

Around the full moon in June (in the Indo Pacific) all the coral on the reef externally fertilize and broadcast spawn (link). The larvae then float around, finding the perfect spot to settle and grow, which starts happening three days after spawning (but have been seen to survive for 209 days before settling down). The researchers wanted to make sure they properly assessed all acroporid coral larvae settling, so they set up recruitment plates one month before the spawning was supposed to happen. These cement plates were haphazardly set around the reef and collected one month after spawning occurred in order to analyze the spatial recruitment strategies of acroporid corals (Fig. 1). They did this for three full years.

Starfish spawn in December and unlike coral, they don’t immediately start looking for a home to settle into. While floating around in the sea currents they feed on phytoplankton, therefore their survivorship is largely dependent on the food availability. After anywhere from 11 days to 6 weeks, they finally settle.

To examine the recruitment strategies of the crown-of-thorns starfish, the number of algae eating juveniles was counted a few months after settlement of the larvae. The same study sites used for coral were also used for starfish in order to keep site conditions even. The mean density of juvenile crown-of-thorn starfish was pretty even between all sites, with the highest number of juveniles occurring on site 6 (Fig. 2). Adult starfish were spread out as well, with no distinct grouping pattern witnessed.

What it all means and why we should care

Conclusions of this study are tentative as recruitment pattern varied considerably over the three-year time span. It was shown that a slightly higher recruitment rate was seen for the acroporid corals in the more northern sites, however. And even though the larvae stages of the coral and starfish are differ from one another, the starfish showed a recruitment strategy similar to the coral, with slightly more recruits in the northern most sites. This is possibly due to the along-shore currents, carrying the larvae in a northern direction.

If more recruits settled on the northern sites, why then were more adult coral communities present in the southern sites? It could result from the ‘storage effect’; strong recruitment in the past was seen on the southern sites, and thus, cohorts survived for a number of reproductive cycles. Even though distribution patterns of adult coral and starfish differed, they did not differ enough for the corals to be safe from their predator, the crown-of-thorns starfish.

To promote recovery and conservation of the corals a better understanding of the recruitment strategies of the starfish is needed. Is the random dispersal pattern seen in this study normal, or are larvae recruits floating in from other islands? How long are they surviving before settling down? Is the surface circulation patterns the key factor into where they are settling or is the amount of phytoplankton available? A lot of questions still need to be answered, but this study is a step in the right direction for helping keep the prey away from the predator. 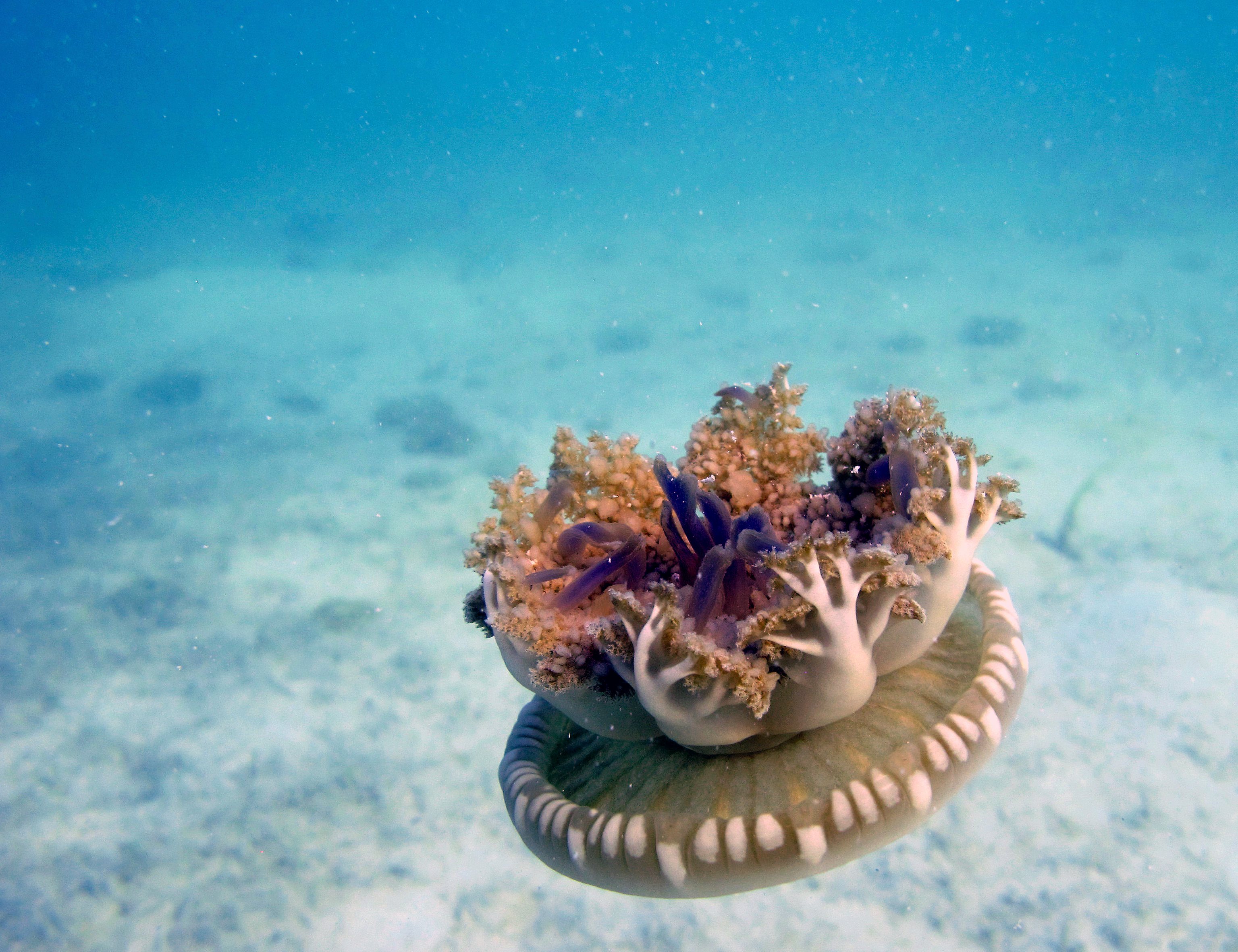