Rhodophyta is the fancy (well, scientific) word for red algae. Red algae are one of the most diverse types of algae, with thousands of species falling under the Rhodophyta umbrella. Most of these algae are marine organisms, and they get their beautiful red color from a photosynthetic pigment (think like chlorophyll, but not green).

But these pretty algae haven’t been around for forever. Let’s step back in time. The Last Eukaryotic Common Ancestor (LECA) is what we call the long-extinct last species that is related to all of today’s living eukaryotes (organisms with nuclei). We think this LECA was alive maybe even 2.3 billion years ago during the Proterozoic era. All eukaryotes, both extinct and still alive, have descended and evolved from this LECA.

Tick-tock on the (molecular and geologic) clock

Since we don’t have a time machine to observe this eukaryotic evolution, we use a few different tools to reconstruct it. The tool that you are probably most familiar with are the one we can see: fossils. When I say fossil, what’s the first thing that comes to mind? Bones, teeth, claws, giant T-rexes of Jurassic Park fame? You’re not wrong! But there are a lot more types of fossils. Small organisms, like algae and some bacteria, can be fossilized and preserved. Scientists who find these tiny fossils can examine their features much as archeologists do with larger fossils, but on scales that involve a lot of microscopes.

Another method for studying evolution is “molecular clocks.” These aren’t actual clocks. They are models based on rates of change in certain parts of DNA. By comparing the changes in DNA between different species, scientists can estimate when certain organisms evolved or changed from one another. These ‘clocks’ are calibrated, or checked, against the fossil record. Sometimes, the fossil record and the molecular clocks don’t match. This is especially difficult when our fossil record is ‘incomplete’, meaning we are missing a lot of time and species.

The team of Swedish scientists looked at preserved microbial mats in layered rocks called stromatolites. These rocks were from India, in a rock formation called the ‘Vindhyan Supergroup’. This formation sounds like a rock band, but it’s really a set of rocks and geologic structures including the 1,600,000,000 year old section studied here.

The authors examined these fossilized microbial mats using scanning electron microscopy and X-ray tomographic microscopy, carefully documenting the fossils. The team found many straw-like filaments they interpreted as photosynthetic bacteria. But they also found fossils that they suspected were red algae.

When you hear ‘Bacteria’ versus ‘red algae’, it sounds like these should be easy to tell apart. They’re in two different domains of life, after all! Typically, bacterial cells are tiny (micrometers), don’t have compartments within their cells, and are single cells. Algal cells are larger, have compartments called organelles, and form intricate multicellular structures. One of the most intriguing and frustrating things about life, though, is that there are always exceptions. Some Bacteria are large (you can see them with the naked eye!), form filaments, and have compartments that can be filled with water, gas, or even chemicals like sulfur. The existance of large Bacteria, the effects of fossilization, and over 1 billion years, all make confirming that a fossil is an algae significantly more difficult.

What convinced these scientists that they had ancient red algae? The fossilized cells were solid, indicating tough cell contents – not full of liquid pouches called vacuoles you might see in giant Bacteria. There also were not sulfur grains in the fossils, like you often see with giant sulfur Bacteria. These fossils were also big – they had bigger cell volumes than even large bacteria. They also found evidence of fossilized pyrenoids. Pyrenoids are dense structures associated with algal chloroplasts.

The scientists described the three new ancient red algae. One they named Denaricion mendax. This alga looks like stacks of coins when it grows. The second alga grows as filaments as well, and is named Rafatazmia chitrakootensis. This Rafatazmia grows making long rows of large cells. Inside each cell, there is a pyrenoid structure. The last alga, Ramathallus lobatus, is sessile, meaning it would be found attached to something. The authors of the study described these last two algae, Rafatazmia and Ramathallus, as part of the crown group red algae. In biology, crown group means all of the living members of a collection of organisms, plus the ancestor species back to the last common ancestor of the collection.

What does this mean for our evolutionary tree?

These scientists found red algae fossils that are much older than we thought possible. Remember at the start of the article when we discussed how scientists use molecular clocks to estimate how long ago two species came from one species? Well, these are calibrated with fossil records. Many studies used molecular clocks to demonstrate that red algae emerged in their more modern form some time between 1.8 billion and 700 million years ago. These older estimates were dismissed because of a lack of fossil evidence. However, these new findings make these older ages more likely! This means we need to ‘turn back’ the molecular clocks.

Determining things like when red algae evolved can allow us to determine what was going on in ancient oceans and climates. We can also better understand how life evolves. As we are in a time of rapid climate change and ocean acidification, understanding how life changed in the past gives us insight into what will happen in the future. 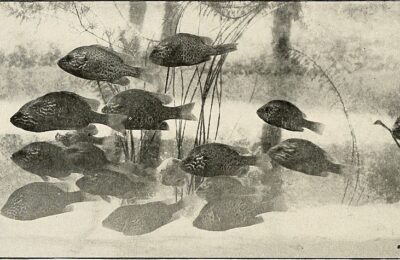