Happy Mother’s Day (a little early)! There are many marine animals that are awesome parents and have cool strategies: marine mammals that raise and teach their young (for example Orcas), sea turtles that lead a primarily oceanic existence until the females crawl out of the surf onto beaches to nest, male seahorses that carry their eggs in a pouch; lots of interesting parenting to choose from! But, I want to highlight the parents that give their all. Today I would like to honor some marine animals that go above and beyond by sacrificing their lives (literally) to be parents.

Our human parents make a lot of sacrifices for us! They devote their time and energy, provide for us, invest in us (monetarily, sure, but also emotionally), nurture us, attempt to teach us, make career decisions with us in mind, and lose a lot of sleep worrying about us. Human mothers carry their young for over 9 months (giving up alcohol, sushi, and many other nice things while doing so). Then they have to go through the pain of childbirth. My own poor mom had to give birth to a 10 lb 4 oz baby (me—sorry, Mom!). In developed countries, most moms don’t lose their lives in childbirth (life just changes forever). Currently, death during childbirth only occurs in 15 out of 100,000 births in the US. In the early 1900s, that number was 600. That sounds pretty bad, but for some animals, there is a 100% likelihood of death after birth.

Is that worth it? All living creatures are programmed with the biological imperative to survive and to pass on their genes by reproducing. The ultimate success in life is to contribute offspring to the next generation! Some creatures seem to “forget” about the survival part of the imperative in their great efforts to complete the second part. Here are just three examples.

Parents Who Give It Their All

The Pacific Blackdragon is a deep-sea fish (Fig. 2). Females can reach up to 2 feet in length. However, males never quite progress out of the larval stage of development, reaching only about 3 inches in length. They live just long enough to mate, tending to die shortly after that event. It has been suggested that this strategy provides for genetic variation through sexual reproduction while minimizing the consumption of limited resources by males, freeing up more for females.

Brittney posted about salmon parenting on Monday and covered the contributions of each parent. Salmon (Fig. 3) are anadromous fishes: born in freshwater, they migrate to the ocean where they mature into adults, and then they return to their natal waters to spawn. Both males and females first risk their lives to spawn, traveling hundreds of miles in some cases through waters where predators await their arrival. Their body condition deteriorates during the journey (they stop eating and investing in body condition when they enter freshwater). As they migrate up streams, their stomach begins to disintegrate to make room for the development of eggs and sperm. Most die within days of spawning. Some females spend their last days guarding their nests. All Pacific salmon die after spawning, but a small percentage (2-4%) of female Atlantic salmon survive to spawn again if they survive predation. However, it’s almost a certainty for both salmon parents that contributing to the gene pool costs their survival. That’s a lot of sacrifice, considering that only 0 to 10 eggs out of every 1500-10,000 survive to adulthood.

Last month, I told you that cephalopods take home the prize for camouflage. Well, it turns out that they also win the award for giving their all to motherhood!

Octopuses are semelparous. Semelparity is the reproductive strategy in which an organism reproduces only once during its entire lifetime, while iteroparity means that multiple reproductive events occur over a lifetime. In the cephalopod family, vampire squid and nautiluses are the only known iteroparous members.

Octopuses brood their eggs, protecting them and also, if they’re a species that creates a den, ventilating them. They also caress the eggs to remove debris. They typically spend about one quarter of their lifespan brooding their eggs. And it is an octopus that holds the record for longest brooding period: 53 months! (TBT to this 2014 Oceanbites post). That beats elephant gestation (20-21 mo.), emperor penguin egg brooding (2 mo.), the Magellan Plunder Fish’s guarded incubation of its eggs (4-5 mo.), as well as frilled shark’s aplacental gestation (42 mo.) (Fig. 4)!

The mother deep sea octopus (Graneledone boreopacifica) (Fig. 1) wastes away for four and a half years as she protects her developing eggs. She does not leave her eggs to feed, but only moves to push away crustaceans and other animals that may harm her clutch. In a study conducted by Robinson et al., the observed mother rejected food offered by an ROV. The study conducted over 53 months indicated that this mother likely died as her eggs became ready to hatch. The hatchlings are larger and more developmentally advanced than those of any other species of cephalopod currently known. Their strategy seems to be successful since this octopus species is one of the most abundant in the deep sea.

So, what do you think? Is parenting the ultimate sacrifice, life’s most rewarding experience, or a bit of both?

Shoutout to my incredible parents!

This post in no way negates or diminishes my recognition of the sacrifices you have made for me. I am actually quite thrilled that you are both alive to raise me and spend time with me. You have both given me unceasing support and love. For that and everything else, I thank you! Mom, Happy Mother’s Day on Sunday! Dad, Happy Father’s Day next month! I love you both very much! 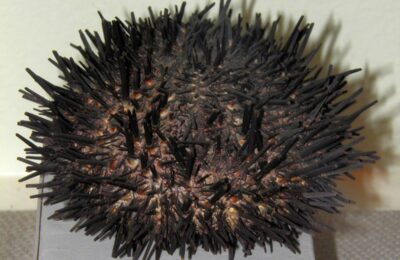