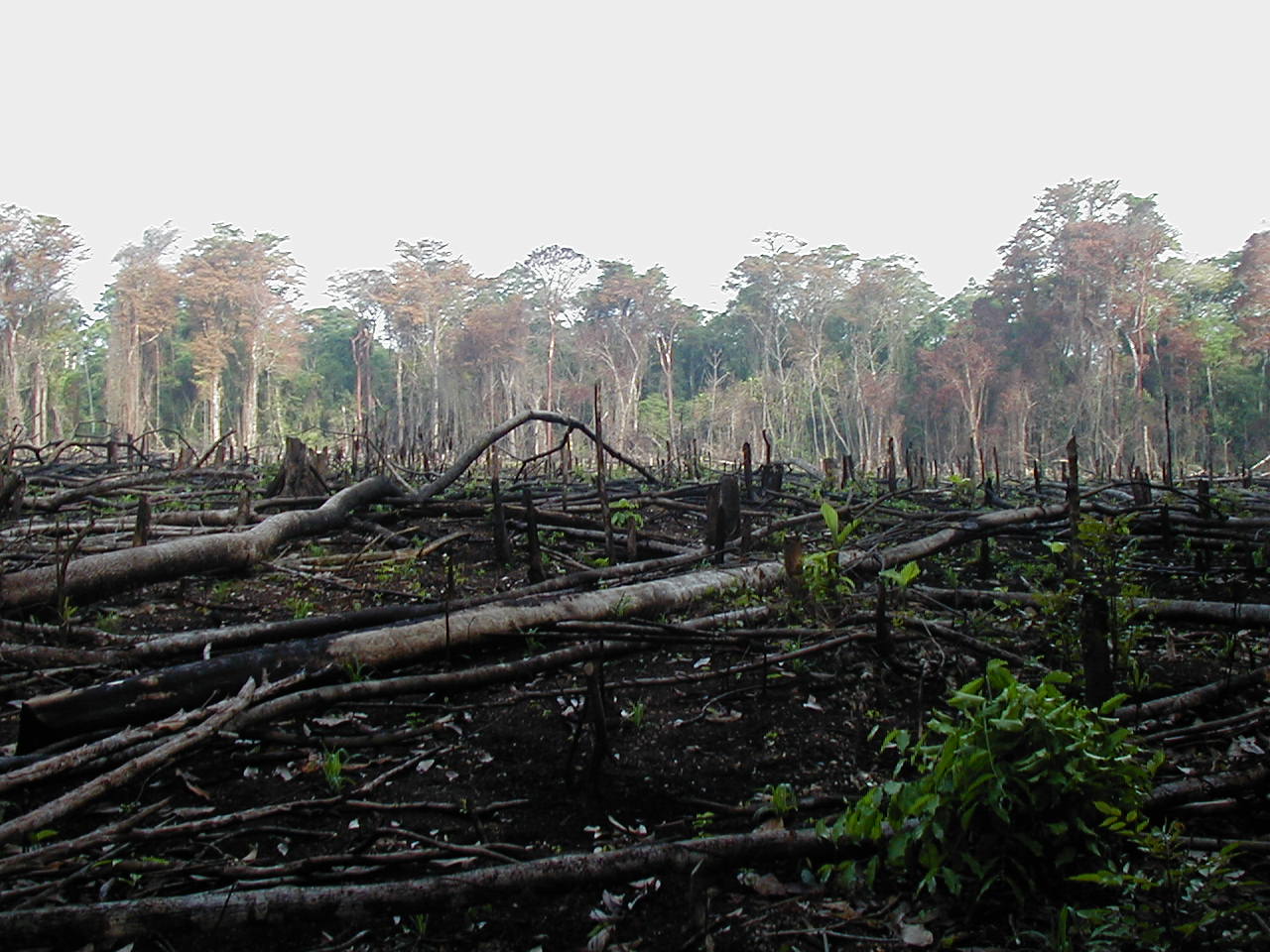 The plants covering our continents are intimately connected to our role in global warming. The connection is through carbon dioxide – we release it into the atmosphere when we burn fossil fuels, and plants take it in when they photosynthesize. The photosynthesis of all plants on land together takes up roughly one quarter of our carbon dioxide emissions, although the amount it offsets our emissions by varies from year to year. The variation can usually be attributed to changes in how much photosynthesis versus respiration (the release of carbon dioxide back into the atmosphere from non-plant organisms) is happening, but at other times the cause is less clear.

It appears that the amount of carbon dioxide the land is taking up (referred to as the land CO2 sink) has increased since the turn of the century. Though fossil fuel emissions are growing, CO2 accumulation in the atmosphere has leveled (Figure 1). The slowing in the growth of atmospheric CO2 is attributed to the land absorbing more CO2, but what explains this uptick is unclear.

Some scientists say the increased land CO2 uptake is because the land is respiring less CO2. But others point to an increase in photosynthesis, and thus increased CO2 uptake, as the explanation. In their recent paper, terrestrial scientist Shilong Piao at the Chinese Academy of Sciences and his colleagues focus on another connection between anthropogenic warming and the land: land-use emissions.

Land-use emission is the release of carbon dioxide into the atmosphere when humans convert one type of land into another. Examples include turning grasslands into pastures and clearing away forests for timber and settlement space (Figure 2). Land-use emissions constitute a significant portion of our annual carbon dioxide emissions, ranging from 10-25% of our total emissions annually.

Although the connection is promising, land-use emissions estimates are uncertain because these emissions can’t be directly observed. These estimates are sewn together from values reported from countries around the world about changed croplands, pastures and forests, and these reports are not always reliable. To confirm that the link between land use and the land CO2 sink wasn’t an artifact of the land use emissions dataset they chose, the researchers performed the same analysis with other estimates of land-use emissions.

While a second land-use emissions dataset supported the connection between the land sink intensification and decrease in land-use emissions, analysis of the third dataset proved inconclusive. The third dataset showed no trend in deforestation rates, but it also made different assumptions about emissions than the other two land use records. The third dataset, coming from a paper by scientists Eberhard Hansis and his colleagues, doesn’t directly include the reported values for changes in forests; instead, changes in forests are inferred from other reported values, including changes in agricultural areas. We need to reduce the uncertainty in these estimates to understand what’s controlling the land CO­2 sink. Despite the uncertainty, the other datasets’ evidence of the connection between deforestation and the land CO2 sink added a new piece of information to the question about why the land CO2 sink has been changing.