Earth’s energy balance informs scientists of how much incoming heat from the sun is used and stored on Earth, and how much is reflected back into space. Quantifying this balance is important, as the climate system behaves according to the rate of incoming and outgoing thermal energy. The sun’s radiation is strongest in the tropics, which causes the oceans and atmosphere to distribute this energy through global-scale circulation. This redistribution prevents the tropics from boiling and the poles from freezing solid. However, there is a distinct imbalance in Earth’s energy budget due to increased concentrations of greenhouse gases, and this allows for more solar radiation to be absorbed on Earth than is re-emitted back into space, thus causing net global warming. An astonishing 93% of this additional energy absorption is stored within the oceans at depths that are difficult to measure. This new study, led by Dean Roemmich of the Scripps Institution of Oceanography, leverages temperature data from ocean-like drones, called Argo, which are able to travel unmanned to depths of 2,000 meters. The authors examine where and at what depths the oceans are storing additional energy and whether a sub-surface warming signal can be detected.

The Argo Program is an international effort that provides a global network of temperature and salinity profiling floats. In this study, the authors use data between 2006-2013 from over 3,500 Argo floats that drift through the water column, collect data and transmit information to orbiting satellites (Figure 1). This study quantifies heat gained in the ocean by vertically summing temperature changes in the water column. To calculate heat content anomalies, the authors process raw Argo data using three different statistical interpolation techniques, which provide robust estimates of sub-surface heat change.

The authors make an interesting discovery about the thermal structure of ocean temperature anomalies. They show that temperature changes occurring at the surface of the ocean do not necessarily reflect the heat gained by the climate system caused by Earth’s energy imbalance. Indeed, surface temperatures have risen at a rate of 0.1 ºC per decade since 1951, however they have showed no significant trend since the late 1990s. The explanation for this is primarily due to global-scale climate variability, which imprints highly variable and year-to-year changes in ocean temperatures to depths of 100 meters. Interestingly, waters below 500 meters show robust warming during the period 2006-2013. Therefore, temperature trends at the surface may not accurately portray long-term heat gain in the deep ocean due to coupled interactions with the lower atmosphere.

Overall, the upper 2,000 meters of the global ocean has warmed 0.4-0.6 Watts per meter squared between 2006-2013. Heat gain, however, is not uniformly distributed across the globe (Figure 2). Based on temperature profiles from the global Argo array, this study shows that the South Indian and South Pacific Oceans have gained the most heat. This heterogeneity in ocean heat content anomalies is largely a result of internal ocean dynamics rather ocean-atmosphere exchanges.

The rate of ocean warming between 2006-2013 is unprecedented and this study reveals a remarkable warming signal deep within the ocean. The so called “hiatus” in ocean surface warming misses the consistent heat gain by the climate system because most of the excess energy is hidden deep within the ocean. These are breakthrough findings that may lead towards a better understanding of Earth’s total energy balance and how it may change under continued greenhouse gas emissions. 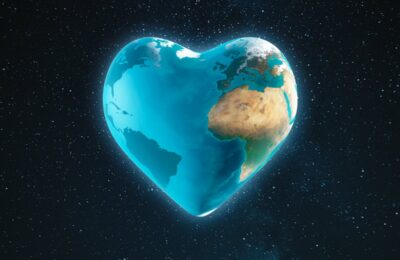