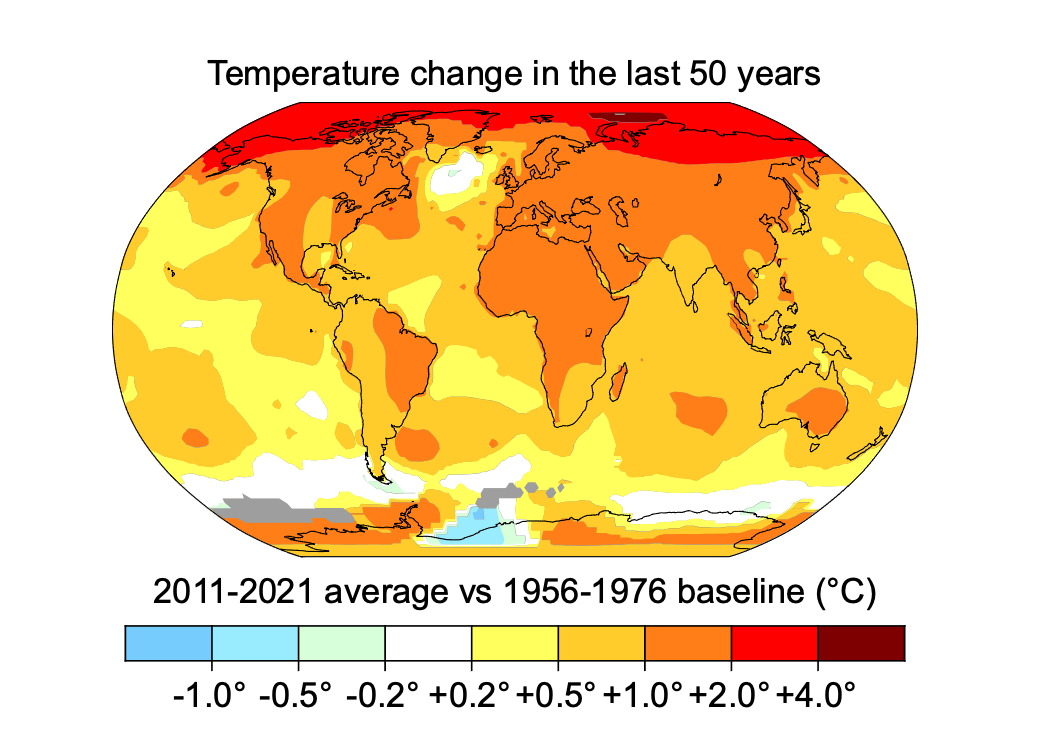 The pelagic ocean, the water away from the shore, is an incredibly important zone for marine life. Not only is this area responsible for half of the world’s primary production, or photosynthesis, but it also contains the majority of the Earth’s animal biomass. Ocean warming is predicted to have negative effects on animals living in the pelagic zone. In particular, many climate models predict that animal biomass will decrease by the end of the 21st century – especially for organisms in the middle of the food web, like small fish and copepods, small ocean crustaceans. 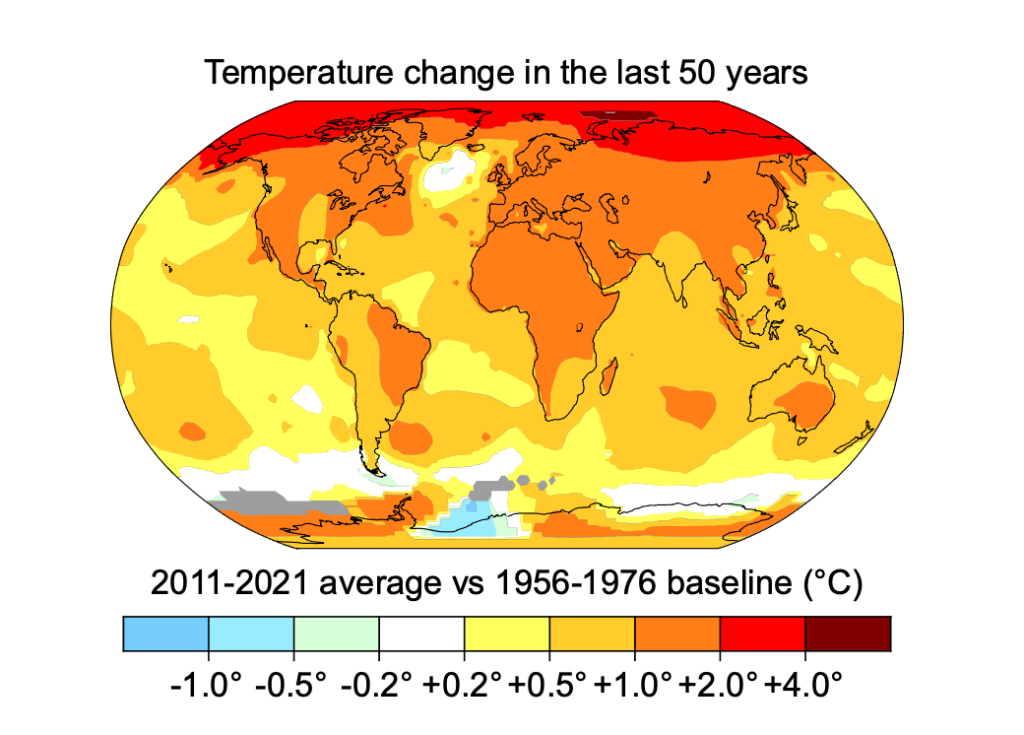 These climate models are sometimes difficult to build, especially since the ocean is such a complex ecosystem, and measuring populations of animals in the ocean is hard. One way scientists have been looking at animal populations in the ocean is by using acoustic echo sounders carried by ships, which can use pulses of sound to listen for echoes produced in response by animals. Researchers from France compiled data from a number of studies using this type of acoustic data to investigate how animals in the middle of the food web are distributed in the ocean. They then used this data to run computer models and predict how the number and distribution of these organisms would change under the best- and worst-case climate change scenarios.

Based on the models that they ran, the scientists predicted that ocean warming under the most extreme scenario would shift species habitat ranges towards the higher latitudes, as water closer to the poles becomes warmer, and water nearer to the equator becomes too warm. This would cause an increase in biomass at higher latitudes. However, the rest of the ocean (approximately 70%, from 40°N to 40°S) would see a decrease in animal biomass, as populations of animals either die out or are forced to migrate towards cooler waters, and these losses would outweigh any biomass increases at higher latitudes.

It’s not all doom and gloom, however. When the scientists ran the computer models under the best-case climate change scenario, in which global communities can limit ocean warming to less than 2°C, the majority of the biomass loss didn’t happen. There would still be negative effects in animal populations, but only about 10% of what would be seen if there’s more than 2°C warming.

This study provides further evidence that the global community needs to act to reduce CO2 emissions and limit global warming to 2°C or less. Without significant efforts, warm ocean temperatures may negatively affect the animals that call the ocean home.