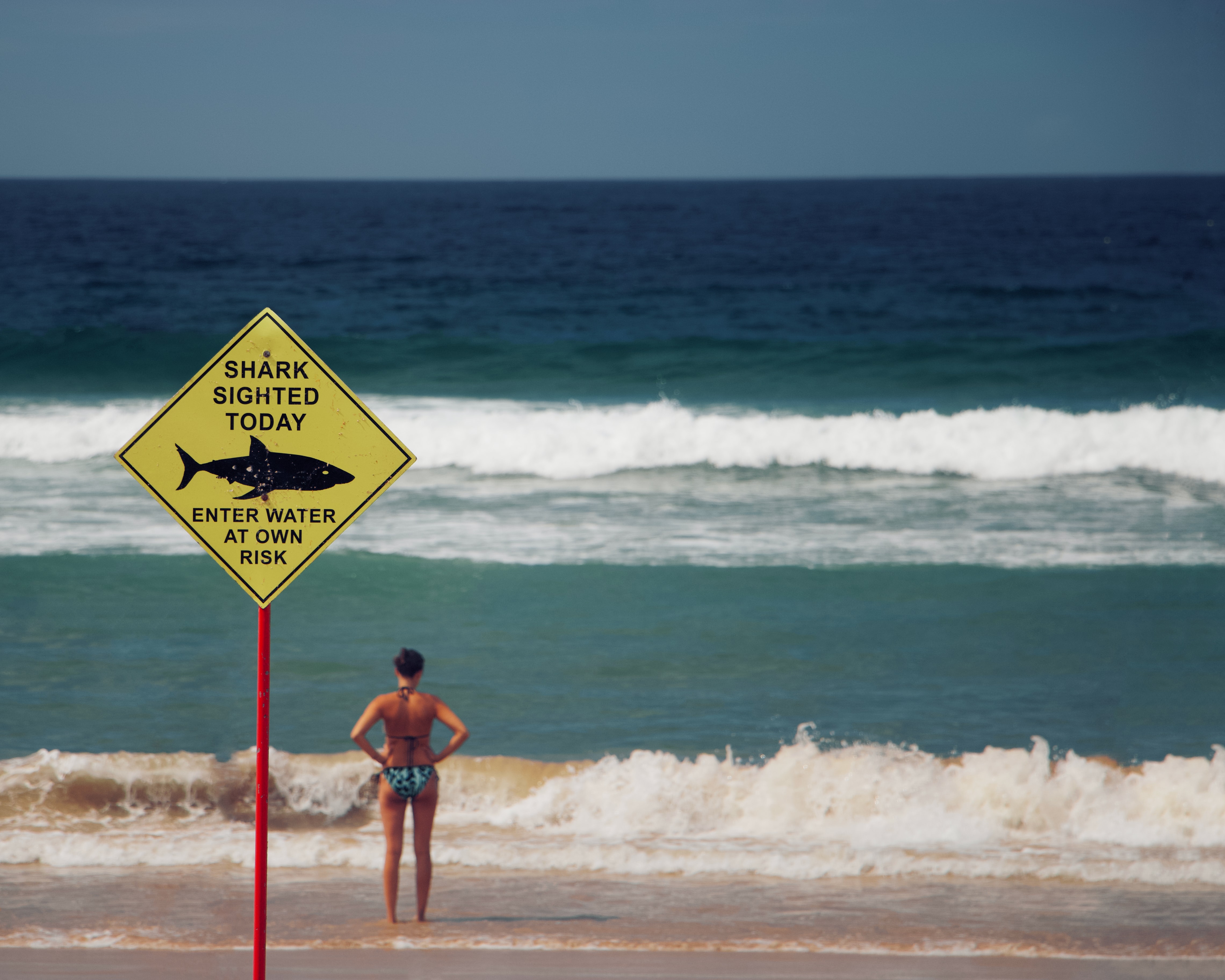 “This is the shark’s natural territory: humans enter at their own risk.”

So said one surfer, responding anonymously to a survey about shark and human encounters off the coast of New South Wales, Australia.

And this anonymous respondent has a fair point— when we go into the ocean to swim or surf, we humans are willingly creating the potential for a negative encounter with the animals of that environment. In Australia, a team of researchers, lifeguards, and government officials are finding ways to reduce that risk so that humans and sharks can coexist in the ocean.

This effort is driven, in part, by a recent uptick in negative human-shark encounters off the coast of New South Wales (NSW), Australia, which is a popular region for swimming and surfing. From 2015-2016, eight sharkbites occurred in the area. In the past, such an uptick would have led ocean managers to deploy lethal methods to remove sharks and keep swimmers safe. Today, there’s much more public interest in finding non-lethal approaches to reduce the risk to humans and sharks.

One of the promising non-lethal strategies to reduce the risk of negative human-shark interactions is the use of unmanned aerial vehicles— commonly known as drones— to monitor for shark presence around popular beaches.

In this strategy, lifeguards fly the drones over the ocean around where people are swimming and surfing. They watch the drone’s live-feed footage to scan for signs of sharks. If a shark is spotted, lifeguards can make a call on whether the shark seems like a potential threat based on identifying the species and observing its behavior. If it seems like a threat, the lifeguards can sound an alarm to warn surfers and swimmers to head back to the beach.

Initial trials have gone well, with lifeguards able to successfully use the drones to identify shark presence and call swimmers back to shore if the situation looks risky.

Social license needed for drones to get off the ground

The technical success of drone technology is a good start, but it’s only part of the picture. Even the most effective technology can fail if the audience using it doesn’t perceive its efficacy and benefits. “Social license” is a term often used by policymakers and social scientists to describe community buy-in for a given solution. Essentially, social license means the general public approves of that solution. They see it as legitimate, and perceive the costs of the action outweighing the benefits.

In the case of drones as shark surveillance, social license means that the beach-goers, swimmers, and surfers of NSW think that this technology will be an effective— and not too costly— solution to the problem of the sharkbite risk.

Do New South Wales beach-goers find drones an acceptable solution to the human-shark problem? Researchers set out to answer this question in late 2019. Using an online survey, they queried people on their awareness and acceptance of drone use for shark surveillance.

These researchers tried to reach a diversity of different beach users in their survey. After all, social license reflects the approval of the general public— but the general public is made up of a mosaic of different perspectives. Views on shark management are likely to be influenced by how a person uses the beach— whether they’re a surfer or a beach-walker, for example. Other factors play into a person’s views on this strategy, too, including their past experience with drones or sharks, their personal environmental values, and their demographic characteristics.

In the survey results, researchers found the sort of diversity of views based on beach-use they expected.

Take surfers, for example. When surveyed, the majority of surfers approved of drones being used for shark monitoring. However, their overall level of acceptance was lower than that of non-surfers. Some surfers found drones totally unacceptable. Surfers were also less likely to believe that drones would actually be effective as a shark monitoring tool. In fact, when asked how the presence of drone surveillance would influence their choice of surfing beach, only about half of the surfers indicated they’d prefer a beach with drones than one without. Of course, the researchers note, that’s probably because with surfing, beach choice is mostly about the break.

In comparison to surfers, non-surfers, including swimmers, walkers, and fishers, had improved perceptions about the efficacy and acceptability of drones. They were more likely to choose a beach based on the presence of drone surveillance. Interestingly, the people most likely to choose a beach with drone surveillance versus a beach without were people whose most common beach activities keep them out of the water.

In addition to answering questions, survey respondents also included their own comments and thoughts about drones. Their notes reveal interesting dimensions of the drone debate.

One repeated concern was that monitoring for sharks might make the shark-human encounter situation worse, not better. Some respondents believe sharks are often present along the beaches of New South Wales, and having an alert system will only promote a hysterical response or a sense of fear around the normal occurrence of sharks.

In the comments, people also expressed concerns about potential privacy issues with drone monitoring. Some of the survey respondents were generally in favor of drones, but noted worries around being filmed themselves.

They also questioned whether drones were the best available method. There are other tools in the toolbox of reducing the chance of shark-human encounters, including wearing personal shark deterrents called Sharkbanz, or simply staying out of the water during the likeliest hours of shark activity. Some respondents thought these measures were a better choice for the beach.

Even with this diversity of views, one thing was clear from the survey: most respondents were in favor of using drones for shark monitoring. A comfortable majority of respondents— nearly 90% —  said that drones were an acceptable solution to this issue. While individual perceptions vary, the overwhelming finding is that drones have social license to operate.

So when it comes to shark territory in NSW, humans enter at their own risk— but now with the tools and technologies that might make that risk just a little lower.