Predators and prey are engaged in an eternal game of hide and seek. Both have evolved tactics to succeed. Lots of animals use color to camouflage and hide. For example, cuttlefish are the chameleons of the sea and masters of camouflage. They can not only change their skin color but change its texture, enabling it to hide easily among rocks or seaweed. But how do animals hide in the deep sea, where there is very little sunlight and colors are less useful for hiding?

When there is no sunlight

Deep dark ocean waters are also home to bioluminescent animals that emit light, just like fireflies or glowworms do on land. Despite little sunlight reaching the deep ocean, bioluminescence generates light that can expose other animals living there. For example, some animals, like comb jellies and hatchetfish, use clever camouflaging techniques like transparency and mirrored surfaces to blend in the ocean. However, they can be easily detected if light from bioluminescence shines on them and hence not entirely helpful in the deep sea. Some species of deep sea fishes have evolved another way to avoid being seen even from the bioluminescent light.

In a new study recently published in Current Biology, researchers describe a special characteristic in a group of sixteen species of fish that live in the deep ocean: ultra-black skin. While white surfaces reflect more than 50% of the light that hits them, black objects reflect much less light, making them harder to see – especially under low lighting.  But some surfaces reflect even less light. Scientists define ultra-black as a surface that reflects less than 0.5% light.

The ultra-black skin color of these deep-sea fishes, absorbs light from bioluminescence, making them visually undetectable against the dark background of the deep sea. Using high power microscopes, the group observed that ultra-black fish have special skin with its outermost layer tightly packed with melanosomes. These structures are responsible for the coloration of hair and skin in animals. As compared to black fish, ultra-black fish have the perfect size, shape and density of melanosomes in their skin to virtually turn their skin into an invisibility cloak. By absorbing 99.5% of light they can literally disappear in the darkness of the deep sea. This feature allows ultra-black fish to hide from visual predators 6 times more easily than other black fish. That’s some serious hiding! What is even cooler, is that these sixteen species of ultra-black fish are not closely related to each other. In fact, their close relatives are colorful or silvery suggesting that distantly related fish evolved this useful trait of ultra-black skin independently from each other.

Anglerfish, a type of ultra-black fish, reflect the least amount of light (only 0.44%). Scientists think that this property of their skin might serve to reduce reflection from their own bioluminescent lures. Some land animals, such as ultra-black butterflies, blackest birds of paradise and jumping spiders, are known to have ultra-black areas to increase contrast between their colors. But scientists suggest that the ultra-black skin of these fish evolved solely to reflect least amount of light and hide in the dark deep ocean waters. We can surely draw inspiration from these cool creatures for developing new synthetic ultra-black materials. Maybe for naval ships or just some spooky ultra-black Halloween costumes! 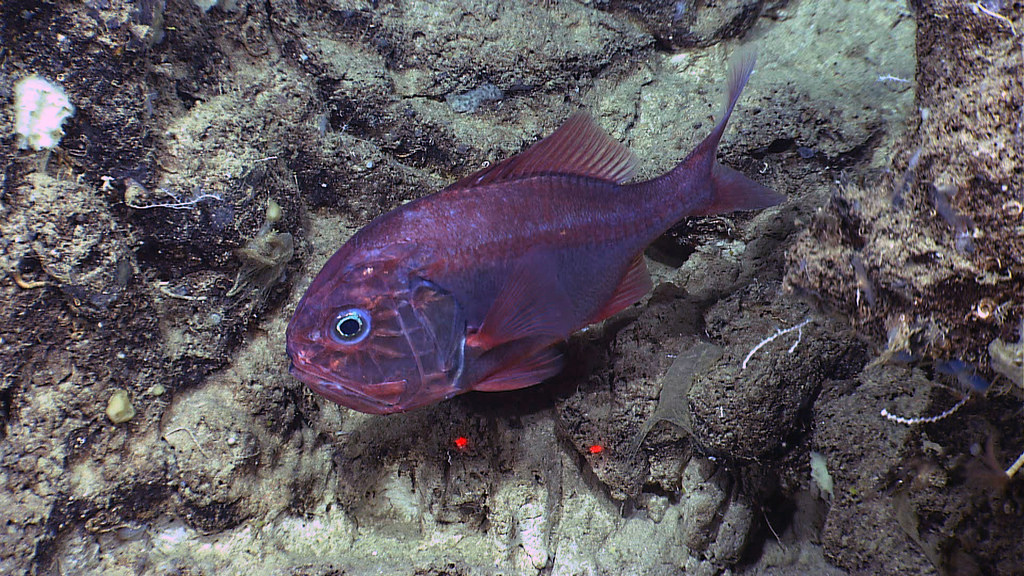