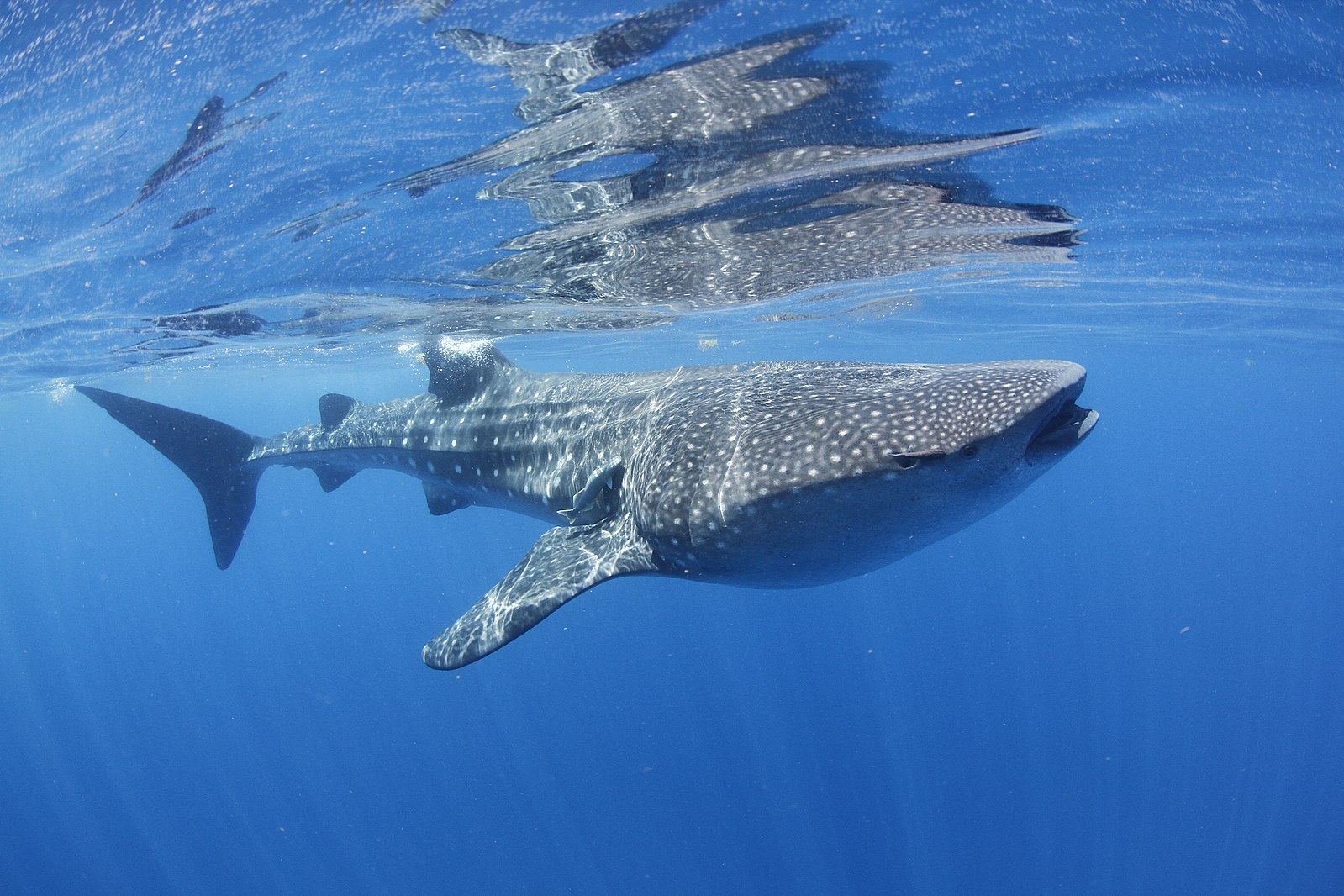 How fast can a whale shark heal from a wound? For the first time, researchers look deeper at the healing power of whale sharks which even includes the ability to re-grow a fin!

Elasmobranchs, a type of cartilaginous fish that includes sharks, skates, and rays, have an incredible ability to heal. Sharks and rays are very resilient to injury, healing themselves quickly after minor abrasions or lacerations. It is an essential adaptation which allows them to survive when caught up in minor fights (or even courtship!) throughout their natural history.

Because of this healing ability, traditional treatments and alternative medicines have often toted shark consumption as a human health benefit. For example, shark cartilage is a popular dish in Japan as well as in other shark-based medicines which claim anti-cancer properties, despite the lack of scientific evidence. Unfortunately, this is not the only threat to elasmobranchs worldwide, and many species are at risk or endangered.

As humans continue to expand their ocean territory, driving bigger and faster boats through previously undisturbed locations, elasmobranchs now face greater risk of injury. With boats come large propellers, discarded marine debris, and harmful fishing practices, all of which can cause minor or serious injuries to marine life.

The Healing Capability of Whale Sharks

After seeing human impacts and injuries to marine life first-hand, scientists decided to dive deeper into the wound healing abilities of whale sharks. Since the whale shark, Rhincodon typus, is popular in tourism and spend a large amount of time in the upper waters for feeding and basking, they were a great study subject. These gentle beauties are the largest living fish species in the world and have one of the biggest marine ranges as well. Whale sharks are also at high risk of sustaining frequent and severe injuries and are an endangered species.

Scientists gathered injured whale shark photographs from long-term monitoring programs in the Indian Ocean near the African country of Djibouti and all the way to the Maldives. When you look at the spot markings on the flank of the whale shark, each one is unique, and can be easily distinguished using software (like a fingerprint!). Scientists then measured the surface area of the wounds using a paint-like software to draw on the pictures as the wounds healed and slowly decreased in size.

The whale sharks were able to heal from the injuries and had a high capacity to recover. On average, it took 169 days, or approximately 5 months to heal completely. The worst injuries were big vessel strikes, and took around 210 days to heal. Whale sharks were able to regenerate and heal the surface area of major injuries by 56% after 25 days. Minor injuries were even faster, showing a surface area decrease of 80% after 25 days. In the fastest example, a minor dorsal abrasion shrunk by 50% after just 4 days!

In some cases, tissues re-joined disconnected tissues and in the most fascinating example, a whale shark was able to partially regrow a new fin! The tip of the dorsal fin had been amputated (from likely a propeller) in 2006, and 5 years later, the same whale shark had grown a new dorsal fin tip. This is the first documented case of new dorsal fin growth ever happening in an elasmobranch!

Hope for an Endangered Species

This research is not only fascinating, but can provide insight into wound healing for marine species to assist with conservation management. We know that sharks replace their teeth during their natural life, but complete limb regrowth to a functional level is inspiring new information. Despite their resilience to injury, whale sharks have been severely injured and killed by boat strikes and other human impacts in the past. Those that survive can recover their wounds but can have negative behaviours like reduced fitness and decreased foraging ability. Therefore, preventing these strikes from ever occurring to our endangered whale sharks is key. The best way to reduce strikes is decreasing vessel activity in high whale shark congregation areas to secure their place in the future.