The turtle and its skylight

Leatherback turtles (Dermochelys coriacea) resisted extinction for millions of years to become today the largest living marine turtle. These giant reptiles weigh up to 1,000 pounds. They earned their name due to their lack of a hard shell; they are instead covered by leathery skin. Leatherbacks migrate impressive distances, making trans-Atlantic and trans-Pacific voyages. They can move over 11,000 miles (18,000 km) per year between breeding and feeding locations. To fuel these feats of endurance and their immense size, leatherbacks maintain a diet of almost entirely gelatinous animals—jellyfish and jellyfish-like creatures.

On the head of leatherbacks appears an irregular white or pink shape, called the pineal or pink spot. This area marks a thin part of the skull hypothesized to allow light to penetrate the head and reach the pineal organ, an endocrine gland. Pineal organs are found in all vertebrates and produce the hormone melatonin. The ability of birds to choose consistent migration periods has been linked to the pineal body and its ability to measure day length as the seasons change.

Leatherbacks need to be able to determine the correct time to leave their feeding grounds in cold, northern waters to head south for warmth and a good place to breed. This paper explores the hypothesis that their built-in skylight keeps the turtles moving at the right time.

The experimenters investigated the physical potential for light to reach the pineal organ through the turtle’s skylight. They assessed the ability for light to penetrate the head through dissections and imaging techniques. They also measured external stimuli—sea surface temperature and day length—that might affect the turtles, and collected turtle sighting data.

This study used leatherbacks caught as fishery bycatch for dissections. A simple test with a flashlight shows light is able to penetrate the top of the head. CT scans show thinner bones above the pineal area than the rest of the skull. These results support the function of the pink spot to allow light into the skull.

The experimenters took advantage of a long-term data set for turtle sightings off the coast of Britain, a summer feeding area for leatherbacks. The mean first sighting date for this region is June 3rd, while the mean last sighting date is October 20th. As winter approaches the sea surface temperature declines and the jellyfish prey become less abundant. However, as indicators of seasonality these were determined to be unreliable and thus an unlikely indicator to be used by turtles to determine the best time to head south. Jellyfish density is often patchy and temperature changes very gradually.

The authors conclude that changing day length may be one of cues used by leatherbacks to determine migration date. Other factors such as temperature, food availability and fat stores likely play a role as well.

Leatherbacks are threatened with extinction; some populations are listed as critically endangered. Understanding the migratory cues important to these animals may help in future conservation efforts, particularly with warming sea surface temperatures altering the relationship between temperature and daylight length as seasons change. 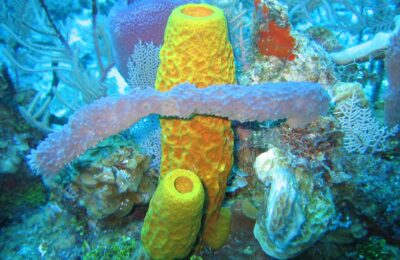