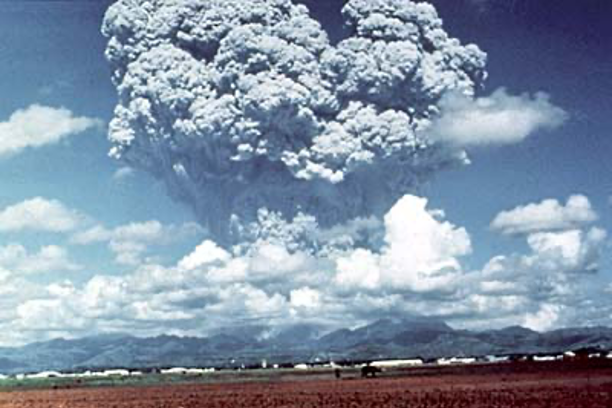 When you hear the term El Nino, you may recall that it has something to do with rainfall in the Southwest or droughts in Australia but did you know that the El Nino is actually one phase of a climate pattern called ENSO that affects more than 60 million people globally.

Despite its importance, scientists still debate the factors that contribute to an El Nino and cannot accurately forecast them in the future. In recent years, the climate science community has discussed that perhaps El Ninos are more likely to occur after volcanic eruptions in the tropics (which we’ll call here the ENSO-Volcano hypothesis). To understand this hypothesis and how the authors Dee et al., investigated this theory, let’s first look back at the 1991 tropical volcanic eruption of Mt. Pinatubo as a study case.

In June of 1991, Mt. Pinatubo of the Philippines’ Luzon Volcanic Arc erupted and would go down as one of the largest volcanic eruptions in recorded history. This massive eruption not only devastated local environments, but also affected the entire global climate when it ejected millions of tons of ash into the atmosphere.

When it erupted, Mt. Pinatubo released fine dust and aerosols that were carried over 30,000 feet into the Earth’s stratosphere. The particles hung around for months, reducing the amount of sunlight that reached the Earth’s surface and causing global average temperatures to decrease by 0.4 degrees Celsius. Half a degree doesn’t sound like much to us but this kind of drop on a global scale had profound impacts on agriculture, ecosystems, and weather across the Earth.

This shifts the “warm pool” of water from the Eastern Pacific to the Central Pacific, which really disrupts weather and temperature globally.

According to the ENSO-Volcano hypothesis, the volcanic aerosols from an eruption cool the tropical Pacific and this cooling leads to the weakening of the trade winds and a swing to El Nino state. This seems like a reasonable idea but to really confirm its validity we need to test it. Scientists unfortunately don’t have miniature Earths to run experiments on, so the next best thing is to look at the historical record. This was exactly what Dee and coauthors did- they generated a thousand-year record of El Nino variability and compared it to the record of tropical eruptions to see if there was a relationship.

To extend our record in the past beyond when humans started recording ocean temperatures, climatologists use natural archives such as corals. Dee and others sampled fossil corals from the Central Pacific island of Palmyra. By measuring the oxygen isotope ratios of the coral skeletons, the authors were able to reconstruct a continuous record of sea surface temperature that extends back 1000 years

Recall that during an El Nino, the warm surface waters shift their location from the East to the Central Pacific. Because Palmyra is right in the Central Pacific, an El Nino event should raise water temperatures here, which would be recorded in the corals. Now we have a record of El Nino years that is 1000 years long!

Dee and others now compared the ENSO coral record with an ice core archive of tropical volcanic eruptions in the last 1000 years to see if there was a strong relationship between the two.

Surprisingly, while there are several instances where an El Nino follows a volcanic eruption, there are almost just as many El Nino that occurred during no volcanic eruption years. Dee and others therefore conclude that their results do not support a strong relationship between volcanic eruptions and ENSO. To further support their conclusion, they show that even after the eruption of 1258, which was the largest in last millennium, it still wasn’t a strong El Nino year.

While the results of the researchers’ study are interesting on their own, it’s even more intriguing when you compare them with current climate models. Climate models give a wide range of responses but in many of them, there is a consistent shift to El Nino after a volcanic eruption in the tropics. This means that several of these climate models may be overly sensitive to volcanic aerosols, in that they predict the aerosols play a larger role in affecting tropical winds than they do in reality.

In their concluding remarks, Dee and others suggest that their work highlights the need for more accurate characterizations of the physics of atmospheric dust in climate models. This is especially true for us living in a climate that is continually evolving with an uncertain future. 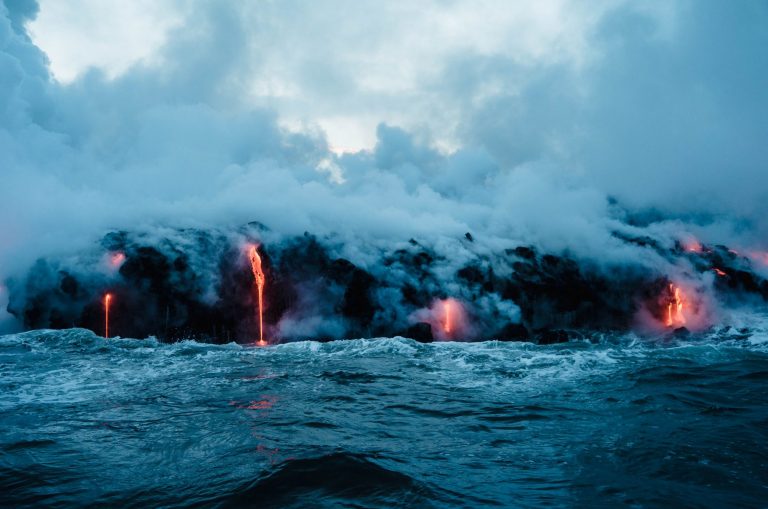