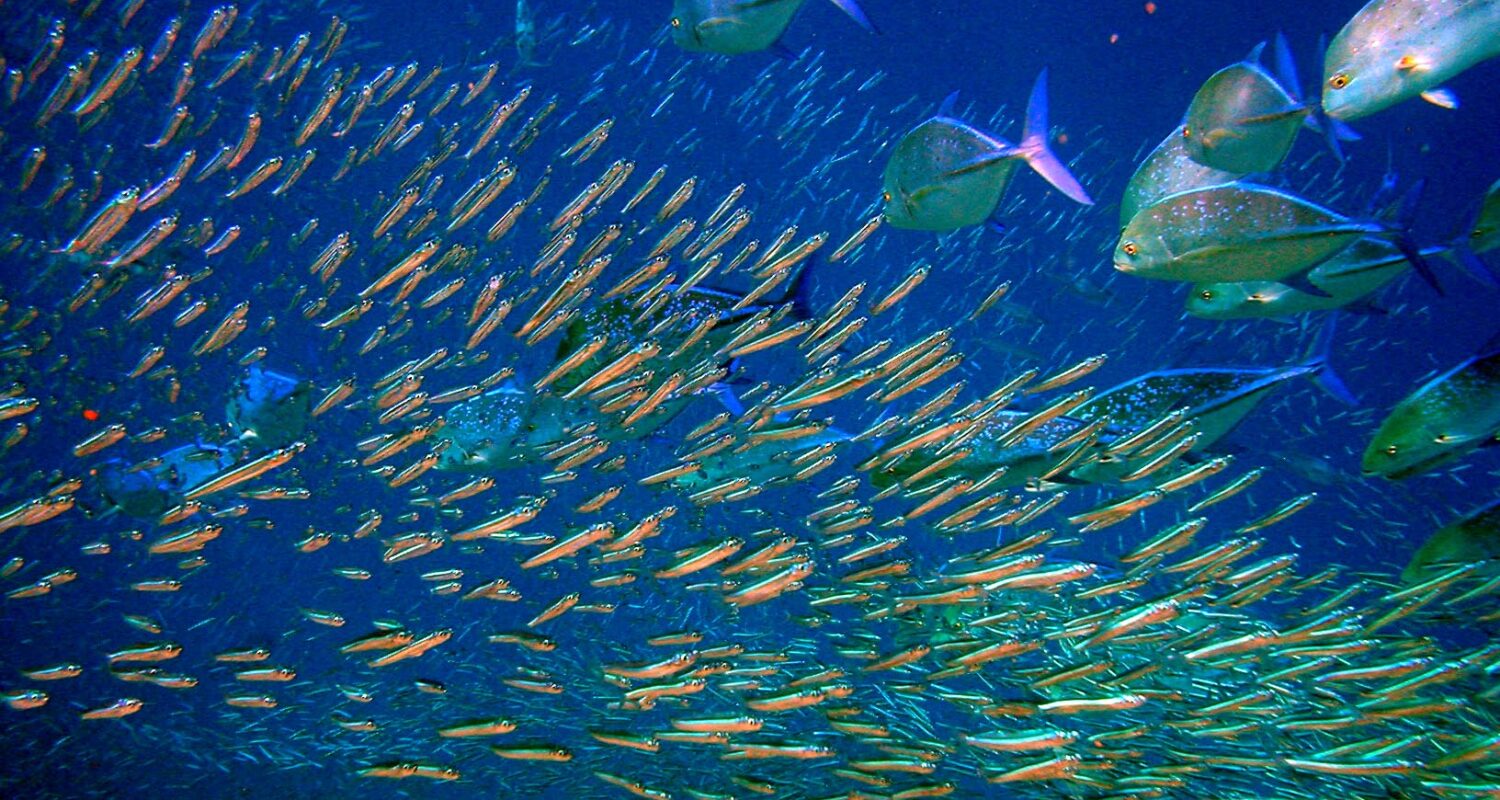 Evolving for an Eon

The evolution of life has always been shaped by historic shifts in the global climate. Dramatic, world shattering events such as the mass extinction events of the Permian and Cretaceous  periods often correspond with changes in the environment. These environmental changes can lead to changes in an  organisms’ morphology, or its body shape and structure. In particular, body size  can be seen changing in response to climatic shifts in the fossil record.

Body size is a pretty important part of an animal’s biology and is directly linked to fitness and reproductive success in many species. The relationship between climate and body size has been well studied, and  one hypothesis that attempts to explain this relationship is known as Bergmann’s rule. Bergmann’s rule says that species within a clade (group of related species), or populations within a species, will be larger in colder environments and smaller in warmer environments. There are lots of possible reasons for this this, such as better preservation of body heat or oxygen use in larger organisms. Another hypothesis, Cope’s rule, argues that an animal’s body size will increase over evolutionary time, which could be explained by natural selection favoring larger organisms. There is also a hybrid model of these two, known as the Bergmann-Cope hypothesis, arguing that Cope’s rule could just be a result of Bergmann’s rule during times of global cooling. Whatever the dynamic, body size seems to be closely linked with climate.

How do different animals respond to climate? One big factor is how the organism regulates its temperature. Warm-blooded endotherms maintain a constant internal temperature in their body, and tend to be less sensitive to climate than ectotherms. Ectotherms rely on their environment to keep them at the right temperature, and this means that different aspects of their biology, including their fitness, growth rate, and body size are all influenced by their environment.

Teleost fishes are a great candidate to study the influence of climate on the evolution of body sizes. This group has left behind a fantastically preserved fossil record that scientists can connect with climatic events all the way back to the Late Cretaceous period, or about 140 million years ago. They are also morphologically diverse, meaning they come in lots of different shapes and sizes, from the party balloon pufferfishes to the pencil-thin filefishes. This makes teleost fishes especially great for testing Bergmann’s and Cope’s hypotheses. Researchers set out to examine if historic climate changes were correlated with changes in teleost fish body size. They also wanted to know if those changes followed the Cope-Bergmann hybrid hypothesis, with body sizes growing larger as the planet gets colder.

In order to answer these questions, the researchers had to put together a phylogenetic dataset, or a collection of genetic sequences from different teleost fish species. They were able to get many of these DNA sequences online from previous publications, while others they sequenced themselves, creating a dataset of 237 species from both fossils and living fishes. They aligned these sequences and created phylogenetic trees using a few different methods.

Models, Who Wore It Best?

The next step was to test if body size was changing following the Cope-Bergmann hypothesis. They did this by using the mean maximum standard length, basically an average length of a mature fish of that species. It’s important to consistently use adults because you don’t want fossil babies throwing off the body size measurements! For climate, they used historic sea surface temperatures and global surface temperatures. If you’re curious how scientists know what the weather was like hundreds of millions of years ago, it’s thanks to fossils. Fossilized carbonate and apatite contain oxygen that you can measure, and researchers compare that with oxygen levels in the ocean for years that we’ve been measuring ocean temperatures. From there, you can use mathematical models to roughly estimate water temperatures in the prehistoric past and get an idea of how chilly the dinosaurs were when they went swimming.

Using that data and the phylogenetic trees, they ran a series of different evolutionary models, with computers calculating which model fit those numbers best, with different models corresponding to either Bergmann’s, Cope’s, or the hybrid Bergmann-Cope hypotheses. They found the strongest support for the Bergmann-Cope Hypothesis. During this long period of global cooling that has been ongoing since the rise of teleost fishes, body size has been steadily increasing, and this trend appears to be both favored over geologic time (Cope’s Rule) and subject to disruption by temperature spikes (Bergmann’s Rule).

The big question then is why is this the case? Oxygen may be one factor here, since warmer waters contain less dissolved oxygen than colder water. Reduced oxygen availability for the fish may then limit how large they can grow over evolutionary timescales. Another possibility is the connection between temperature and development. The temperature-size rule was proposed by scientists that found that ectotherms in colder waters will mature much more slowly and develop larger bodies than those in warmer waters. Maybe taking your time to grow up means you will be bigger when you finally do? This phenomena has no clear answer yet, so it’s important we keep asking these questions and explore the possibilities.

This research has significant implications. As the Sixth Mass Extinction continues,  the evolution of body size in fishes is an important factor to consider. In general, smaller bodied species tend to fare better during extinction events, although this trend is not always the case. More important is what this research means for the ongoing period of global climate change currently underway. As commercial fishing continues to put pressure on larger, tastier fish species and surface sea temperatures rise, this study provides valuable insight on what we may expect for the evolutionary future of teleost fishes.