The experience of seeing a humpback whale breach is a common one around New England, thanks to the proliferation of whale watching tours in the past few decades.  Getting the chance to observe these majestic animals in their natural habitat is a treat for both locals and tourists alike. However, what we are seeing may not be the whale’s natural behavior – studies have shown that whales are affected by the presence of these whale watch boats, and being around them can have long-term negative consequences on whale health.

Because all animals need energy to survive, scientists often study how much energy (or oxygen) a particular task consumes under different conditions.  Usually when an animal is stressed or uncomfortable, the energy it needs and the oxygen it requires are both higher than normal.  The researchers in this study were interested in how whale watching boats affect the energy consumption of minke whales, a smaller whale species common in New England. To understand the energy consumption, they observed two main aspects of the whale’s behavior – the respiration rate and the swimming speed.

To fully understand how those two things are connected to each other and to energy consumption, think about what happens to your body when you’re swimming. You’re expending energy to swim and you’re replacing that energy by breathing more.  Whales are the same way – the researchers were able to estimate how much energy a whale uses by observing their respiration rate in conjunction with their swimming speed.

The researchers, based in Iceland, conducted their research both from a lighthouse platform on shore (control, whales not being followed by whale watch boats) and from commercial whale watching boats over two years.  From either the boat or from shore, they chose one whale and followed it as long as they could, recording when the whale surfaced (when the whale was breathing), how often the whale surfaced, and the GPS coordinates of each surface point. That allowed them to calculate how fast the whale was traveling and how many times the whale breathed in a given period of time.

Armed with their observations and the calculated respiration rate and swimming speed, the researchers were able to do a number of calculations to determine the total metabolic rate and cost of transport.  The total metabolic rate of an animal is how much energy it consumes, which can be estimated by converting the respiration rate (in units of oxygen consumed per unit of time) to units of energy, like calories.  The cost of transport for an animal is how much energy it takes for the animal to move 1 kg of mass (2.2 lbs) one meter (3 ft).  Cost of transport for marine animals takes into account drag forces as well, so a fast-swimming animal can have a lower cost of transport than a slower swimming animal as long as it has a streamlined body shape.

The researchers found that the whale watch boats do affect these minke whales – their average swimming speed was 1.02 meters/second (2.28 mph) faster when the boat was following them, which corresponds to an increase of 63%.  If you were being followed by a boat (or a shark!), you’d probably swim 63% faster, too!

The whales’ breathing rate was also affected by the presence of whale watch boats. The whales increased their breathing rates from 0.88 breaths/min to 1.12 breaths/min. While that might not sound like a large difference, it translates to a 27.6% increase in the amount of energy the whale has to use to do the same activity.

That 27.6% increase in energy expense is mostly caused by respiration, not by swimming speed – the whales are swimming faster, but because the cost of transport declines with swimming speed, the process that requires more energy from the whales is surfacing to breathe.  Because of drag forces, whales can swim underwater much more efficiently when they don’t have to come up to breathe – it’s the surfacing itself that increases the energy uptake.

One of the exciting finds of this study is that observation is a tool sensitive enough to study these minke whales. Of course, whales are highly endangered, sensitive, and large creatures, all of which prevent studying these animals under controlled laboratory conditions.  Getting reliable data just via field observation is a great find – not only is it mostly non-invasive to the animal, but it’s also a reasonably priced alternative for researchers to learn more about these species.

This study shows that our whale watching boats are having at least a small negative impact on minke whales – in the presence of boats, they get stressed and they must expend more energy to perform the same routine task of swimming.  Previous studies have shown that the whales are seeing the boat, and that’s how they’re aware of it, but because boats make a lot of noise, the whales may also be hearing the boat.

Whale watching boats can be great tools for education, but this study shows us that the very animals we’re trying to learn about and protect may be harmed by these tours.  We’ll have to carefully monitor this behavior in other species of whale so that we can make informed decisions on how often whale watching boats can take out passengers in the future. 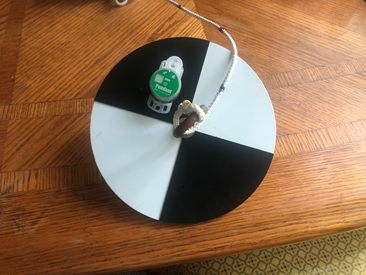