The deep sea is unforgiving – the pressure is enormous, the darkness is forever, the food is scarce, and the expansive deep sea plains are absolutely featureless (Figure 1).  In this environment, it’s difficult for life to survive, and yet it still does, and there are a lot of animals that are able to live in this habitat (with many likely still undiscovered!). Biodiversity flourishes in areas where there is a lot of habitat complexity (think coral reefs or the rainforest), so on the deep sea plains, we must expect that there will be little biodiversity.

But, as in so many cases, life is able to find a way. The authors of this paper were able to identify a curious hitchhiker on the dominant animal in these environments, the sea pig (Figure 2). The sea pig is found basically everywhere on the deep sea plains off the coast of California, feeding on the fresh marine snow that has fallen from the upper layers of the ocean.

That small pink leg does not belong to a worm or a squid; instead, it belongs to a lithodid crab (similar to a king crab, Figure 3).  These crabs normally live in structurally complex environments in the deep, like on rocky areas, areas with marine debris, or whale falls.  Scientists don’t usually see these crabs strolling around on the sediment plains because there’s nowhere for them to hide.

That’s where the sea pigs come in; turns out, these guys are likely providing a great hiding spot for these crabs.  The scientists in this paper saw this happening on remotely operated vehicle (ROV) footage and hypothesized that these crabs were hitching a ride under the sea pigs to avoid predation.

To investigate that hypothesis, the scientists at the Monterey Bay Research Institute (MBARI) ran video transects up and down the sea floor plains. A transect is a straight line through an area, and to measure abundance, scientists will determine square areas along that line (here one square meter) and count how many animals reside in that area.  Since these sea pigs are the dominant animal in these communities, the scientists saw many of them; the difficult part of their job was determining whether there was a little crab hiding beneath them.

After what must have been many hours of video footage, the scientists were able to determine that crabs were found on sea pigs 91-100% of the time in those featureless habitats (Table 1).  This strongly suggests that the crabs are using these sea pigs as a nursery. Juvenile crabs are particularly vulnerable to predation because they must molt frequently to grow larger, resulting in a higher frequency of soft shell periods. Since there aren’t any crevices in which to hide (which is what lobsters and other crabs will do when they molt), they hide underneath or along the side of the sea pigs.

Interestingly, the authors did not see much damage to the sea pig, suggesting that these crabs are hitching a ride and nothing more.  The crabs do not seem to be feeding on the sea pig itself, which means that this could be a case of commensalism, a symbiotic relationship in which one animal benefits while the other one sees no effect.

This discovery is particularly interesting because it happened on accident.  They didn’t set out to discover a new commensalist relationship in the deep sea – they just saw something underneath these sea pigs and decided to investigate what it was. Not all of science is based on painstaking research of prior studies; sometimes, you just see something cool and run with it. The deep sea is still so unexplored!

Engage: What in nature has sparked your curiosity recently? What do you want to learn more about? Tell me in the comments! 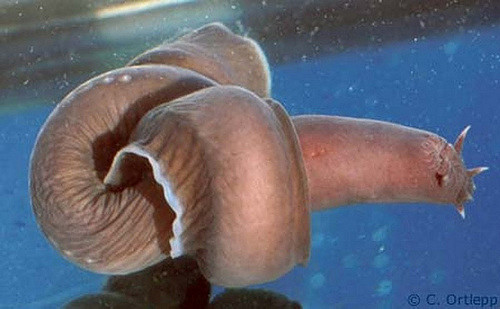