Lox and lice. Not a combination of critters you envision when planning your Sunday brunch. Unfortunately, an increase in drug resistant sea lice is threatening both wild and farmed salmonid populations.

In this paper, Aaen et al. review a lot of previously published research discussing the origins of sea lice, variability in different salmonid populations around the world, and potential consequences of drug resistant parasites on local economies and ecosystems. Overall, the team concludes that in attempting to regulate the parasite populations, medicinal products should be the last preventative tool used, instead of the first.

Sea lice are parasitic copepods living on/in the skin of their host. They affect a wide variety of fish species and have great reproduction potential. If there are enough sea lice on a single fish, the fish can suffer and die from complications. Luckily, in most natural settings there is a relatively low density of hosts for the lice to prey on, therefore keeping the parasites’ population in-check. However, as dense salmon farming is increased to meet consumer demands, conditions are becoming more favorable for the parasite, which can also infect nearby wild salmonid migratory routes.

According to Aaen et al., the lice constitute a massive economical and biological threat to the salmon farming industries in Canada, Chile, the Faroe Islands, Ireland, Norway, and Scotland as the total production of Atlantic salmon has nearly doubled in the past decade. As you can imagine, each country also has it’s own guidelines for sea lice regulation.

The geographic location of each pen in a fish farm has a major impact on the sea lice abundance in an area. Additionally, how the larva is dispersed beyond the farms depends largely on local currents. This means that host conditions for sea lice differ significantly between locations, and are thus not really comparable, making the issue more complicated to address.

Currently, the favored method to protect both farmed and wild populations has been medical treatment of farmed fish to keep the parasite population down. As with many over-used medications, rapidly reproducing species eventually evolve to be resistant to the available drugs. If the sea lice stop reacting to the drugs, the populations could increase and create larger consequences for the economies and ecosystems relying on a healthy salmonid population.

Mordue and Pike introduced integrated pest management in 2002 to encourage natural pest control (like the one found in https://www.bugsbegone.com.au/ site) rather than primarily medicinal control mechanisms. Aaen et al. suggest a continued solution is integrated pest management legislation that groups affected areas by region, rather than by country. Briefly outlined are four regions to be regulated: (1) Europe; (2) East Coast North America; (3) West Coast North America; and, (4) Chile. The idea is that salmonids and parasites do not consider political boundaries during dispersal, so management tactics should not either.

Until integrated pest management systems are in full operation, research needs to continue to develop new diagnostic methods to combat the drug resistance effectively. It is a complex topic and several parties are allotting large resources to develop solutions such as vaccines, anti-attachment diets, off-shore farms, and laser treatments. By weaning off medication as the primary solution and incorporating multiple non-drug tactics, industry could help mitigate consequences caused by sea lice drug resistance. 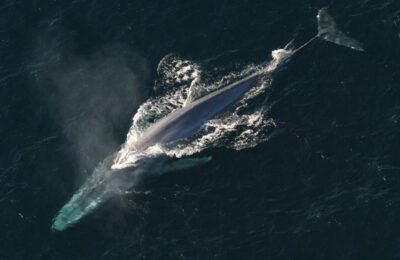