What’s in a name?

We all want to know exactly what it is we’re eating – it’s a part of being a responsible, informed consumer.  The precise nutritional content of food species varies, allergies may be species- or group-specific, and religious reasons may restrict the consumption of certain groups.  If a species is endangered or highly at risk, some buyers may turn to substitutes to give the populations time and room to rebound.  My dad, for example, has joined many other consumers who refuse to purchase Bluefin tuna, as it is currently at risk of extinction due to overfishing.  These concerns make it very important for food to be properly identified and labelled.

Seafood is one of the most frequently mislabeled foods available, for a number of reasons.  Many fish species share similar textures, and it can be difficult to tell species apart based on texture or taste (Figure 1).  Most commercially-available seafood is offered in a processed form that removes identifying anatomical characteristics.  For example, fish are often filleted, sliced, or beheaded before it is sold at a grocery store or market.  Colors can be added or changed, further obscuring identity.  Local fish markets, where the whole fish was presented for verification before any processing, are largely dying out.  They are a vestige, a remnant of times gone by.  It’s a sad truth for me to admit, since I grew up on Boston’s North Shore, one of the last holdouts of the local fisherman.  I spent a lot of time on the water and was acutely aware of the nautical community – which was, in the case of Marblehead and Gloucester particularly, still made up of relatively equal parts of pleasure cruisers and working fishing trawlers or lobsterboats.  The old salt sitting at the diner near the dock was a stalwart of my childhood, but he’s being driven out of business by major fisheries.  In the face of the modern lifestyle, where seafood in particular is difficult to identify visually, it’s increasingly important that we find a fast, easy, cheap, and reliable way to tell apart the fish, mollusk, and crustacean species that we eat.

Figure 1: What am I eating? These are all marketed as different types of seafood, but they look startlingly similar. How can we tell apart different species?

DNA to the rescue!

Researchers have been using DNA to identify different species for decades.  Many single-celled organisms like bacteria and certain fungi are only known through their genetic sequence – we’ve never actually seen them, but because they’ve left their genetic code in the soil, we know that they exist.  Every species has a unique genetic signature, like a fingerprint, only even more specific.  Of course, there is always some variation among individuals of a particular species, but species themselves are largely similar enough to be reliably grouped using genetic fingerprinting.

This process works using a combination of molecular techniques.  First, DNA must be extracted from a tissue sample into a solution.  This DNA is then “amplified” – copied many times to increase the amount of DNA present in the solution – using a procedure called the polymerase chain reaction (Figure 2).  This technique uses heat to break up the two chains of DNA.  The researcher adds in enzymes and nucleotides that are used to synthesize two new strands with the original two as a template. This process is repeated multiple times, doubling the amount of DNA present at each step. DNA is then cut into small fragments using enzymes which break DNA at specific code sequences. The result is a mix of shorter DNA segments which can be separated using another technique called gel electrophoresis. Basically, this process uses electricity to pull DNA fragments through a semi-porous gel. Because DNA is slightly negatively charged, the molecules are attracted to the positively charged end of the gel. Smaller DNA segments move faster through the gel, and are found closer to the positive end of the gel. The researcher can then visualize the gel using ultraviolet light to find where these segments are. Each individual will have a unique pattern of segments specific to their species! This genetic fingerprinting technique is used in a variety of ways, including paternity tests and identifying crime suspects based on blood, hair, or skin cells found at the crime scene.

Traditional DNA analyses of seafood can be difficult, since DNA may degrade during preparation processes such as smoking, cooking, or salt-curing. These analyses can also be time consuming and cost prohibitive– they rely on long incubation steps to amplify this degraded DNA, and even with these long steps there’s no way to reliably extract enough DNA to amplify for fingerprinting analysis. This paper proposes a simple, reliable, and fast method for extracting DNA from seafood and tests it on a variety of species that have been processed in several different ways.

Figure 3: The results of gel electrophoresis on each of the samples extracted with the new procedure.  You can see that all of these different kinds of tissue samples produced bright, clear bands of DNA (which indicates that there’s a lot of DNA in the sample) with minimal smearing (which would indicate degraded DNA).  In each gel, lane M represents a DNA ladder that has been included to provide information about the length of the sequence found at each band.

Most DNA extraction procedures call for the tissue sample to be physically broken up by cutting or crushing it, and then incubating the sample over a long period of time. The procedure used in this paper moves straight to DNA extraction using a sample that has been broken up chemically through a process called lysis. DNA amplification of the lysed sample occurred immediately afterwards, with no further chemical or physical processing or incubation period. The authors attempted to amplify DNA from the following processed tissue samples: smoked salmon, tuna, and swordfish; and tuna and anchovies packed in oil. They also amplified DNA from a variety of fish and mollusk tissue samples that were not processed for consumption. They successfully amplified DNA from each of these tissue samples (Figure 3). Bright bands mean lots of DNA from each sample!  Fainter bands would mean that the sample does not have a lot of DNA in it (Figure 4). Implementing this quick extraction procedure will allow us to reliably gather enough DNA for genetic fingerprinting of seafood products, thereby assuring the identity of seafood products.

Figure 4: This gel shows two very faint bands.  It would be difficult to run a genetic fingerprinting analysis on these samples! 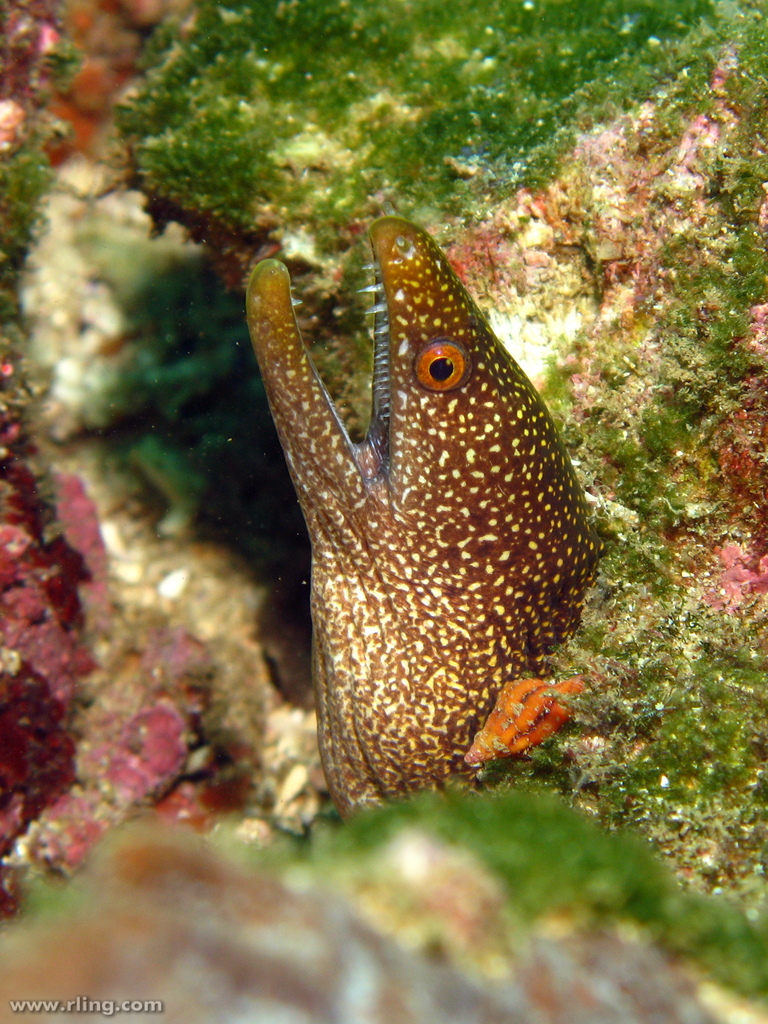